Could Japan call off Tokyo Olympics over coronavirus fears? | Asia | An in-depth look at news from across the continent | DW | 07.02.2020 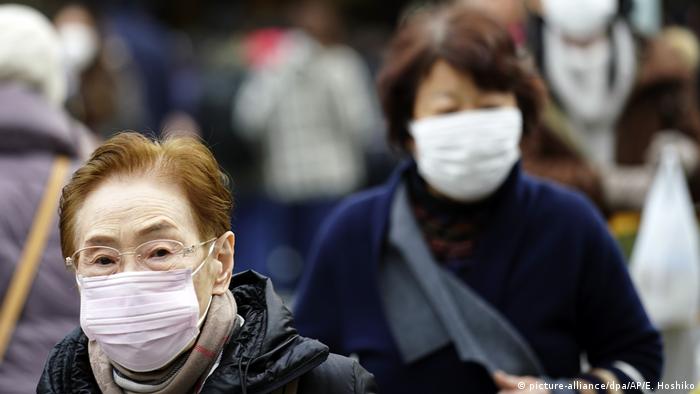 The latest figures available indicate that over 600 people have died in China to date, making the virus more lethal than the SARS epidemic of 2002-03, which killed a total of 349 people in China. Authorities say that more than 30,000 people are known to have been infected, with some experts warning that the exact figure could be much higher.

Twenty-two people in Japan are being treated for the illness, some of whom are Chinese tourists who were taken ill after arriving in the country, and with little sign that health experts are bringing the outbreak under control, there have already been rumors that the Japanese government is considering cancelling the Olympics.

The subject "Tokyo Olympics will be cancelled due to coronavirus" has been trending on Japanese Twitter feeds, with one message declaring that the Games "need to be cancelled to limit the spread of the coronavirus. There is a good chance that the virus will break out if millions of Chinese come to see the event."

Another Twitter message said, "The Tokyo Olympics should be cancelled or postponed until next year," while another message pointed out that the World Athletics Indoor Championship, due to be held in the Chinese city of Nanjing in March, has been put off until next year. 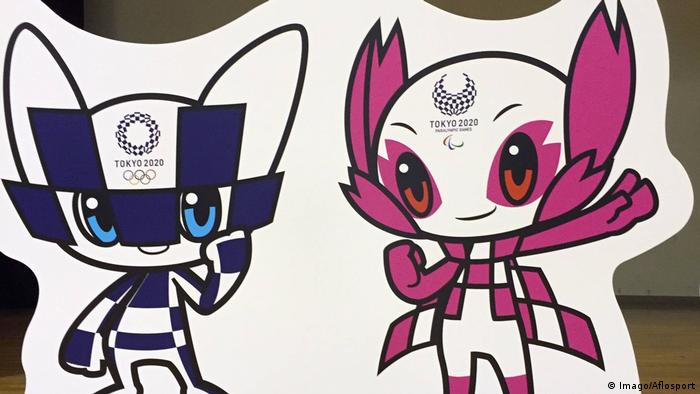 Prime Minister Shinzo Abe was on Monday asked about the impact of the virus on the Olympics during a Diet session, but he played down the concerns.

"We will respond appropriately, while closely cooperating with the World Health Organization (WHO) and other international organizations so that we can proceed with the preparations without letting it affect the Tokyo Olympics and Paralympics."

Seiko Hashimoto, the minister with responsibility for the Olympics, echoed the government's position that there are no plans to cancel or postpone the Olympics, adding that ministers and local government officials are due to meet next weeks to discuss possible precautions.

The organizers of the Games are equally adamant about going ahead with the event.

In a statement issued to DW, an official said, "Countermeasures against infectious diseases constitute an important part of our plans to host a safe and secure Games. Tokyo 20202 will continue to collaborate with all relevant organizations, which carefully monitor any incidence of infectious diseases and we will review any countermeasures that may be necessary with all relevant organizations."

The Japan Olympic Committee is introducing a number of precautions for its members, however, cancelling a scheduled four-day visit to Beijing from February 25 for discussions with other nations ahead of the 2022 Winter Olympics, which are due to be held in the Chinese capital.

Despite the government's assurances that no effort will be spared to contain the spread of the disease, to halt further infections and to treat anyone who has been taken ill, there is still widespread concern in Japan about the virus, which is dominating the headlines.

The Japanese government was preparing to send a fourth charter flight to the Chinese city of Wuhan on Wednesday evening, to evacuate around 200 Japanese nationals and their immediate family members, while a cruise ship is still quarantined off the port of Yokohama with 2,665 passengers and 1,045 crew aboard.

Read more: Do Asians face discrimination in Germany due to coronavirus?

A Hong Kong resident in his 80s was taken ill after disembarking from the vessel earlier in the week and health authorities have confirmed that 10 people aboard the ship have now been confirmed as having contracted the illness.

For the anti-Olympics pressure group "Tokyo No Olympics 20202," the coronavirus outbreak is just another reason why the Games should be cancelled.

"We want the Games to be called off because of the environmental damage that they cause and because of the high cost of hosting this event," said Misako Ichimura, a spokeswoman for the group.

"And now we know that the people who come to Japan might bring this illness with them," she said. "We are not discriminating against Chinese people in any way and we know the illness could come from other parts of the world, but this is just another reason why the Games should not go ahead."

Other residents of the Japanese capital share some of those concerns.

"I applied for tickets for several events, but now I'm quite happy that I did not get any in the lottery," said Kanako Hosomura, a 37-year-old housewife.

"Before, everyone was worried about how hot it was going to be in the summer and how we were going to stay cool, but now everyone is talking about how they are going to stay safe from this virus," Hosomura said. "It's becoming hard to buy face masks, and I have friends who are choosing not to go out to places where they know there will be a lot of people. I've seen some shocking images from Wuhan, with dead people on the street, and it frightens me to think that the same thing could happen here."

Even if the outbreak is brought under control by July, Japan's hopes that the Games would serve as a showcase for the nation as a tourist destination are likely to have been dented.

The national government had hoped to attract 40 million foreign visitors this year, many of them with spectator tickets for Olympic events, but tourism industry officials are reporting that around 400,000 Chinese have already cancelled flights and hotel reservations, and that figure will inevitably climb.