Berlin is quickly revamping its streets amid the coronavirus crisis in hopes of creating more and safer spaces for cyclists and pedestrians. But Germany is car country, and not everyone is happy. 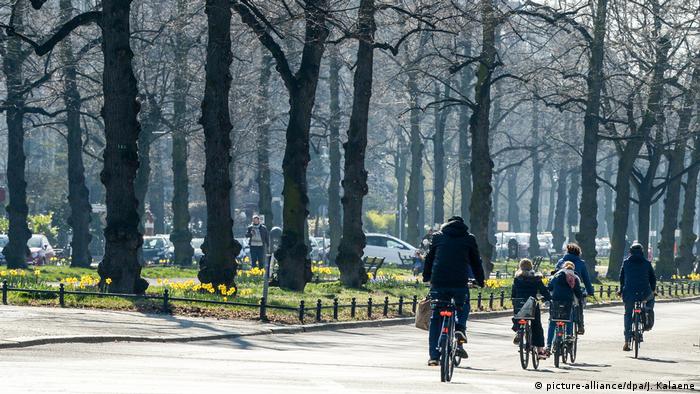 "You, as a cyclist, should be well protected during this pandemic. When you pass other bikers you need to be at least one-and-a-half-meters (5 feet) away from them," says Felix Weisbrich as he points to a yellow line marking a new bike lane that is a full meter wider than before. Weisbrich heads the Roads and Parks Department in Berlin's Friedrichshain-Kreuzberg neighborhood.

Weisbrich has been taking road space away from automobile drivers and giving it to bicyclists since the new COVID-19 coronavirus pandemic began. He widens bike lanes where necessary and commissions new ones on roads that previously had none — no wonder he is the cycling community's new hero.

But Weisbrich says this is not about him: "The main idea is to give those fighting the pandemic on the front line a safe way to get to work. One that reduces their risk of getting infected." He says it will allow doctors, nurses and even journalists to commute quickly and safely, making rail and underground networks less full. 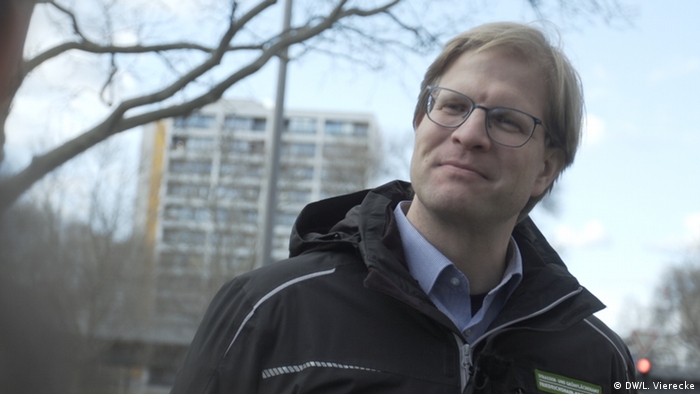 Berlin Roads and Parks Department official Felix Weisbrich: "My job is to protect people. And that is what I am doing"

The coronavirus pandemic has brought about many changes that long seemed impossible, and one of them has now given cyclists and pedestrians more space.

Of course the fact that there is 40% less traffic on the roads — mainly because so many people are now working from home — has helped considerably. Suddenly, in a time of crisis, bikes have become the ideal mode of transport. Even politicians have joined those calling for people to get on their two-wheelers and avoid overcrowding trains.

Carless in the city

A bike ride through downtown Berlin is a strange pleasure these days. Although there is still plenty of car traffic on the city's major thoroughfares, the city is especially empty in areas normally bursting with tourists: Around the landmark Brandenburg Gate, for instance, or at the beautiful Gendarmenmarkt square.

Berlin's infrastructure remains car-based and there are still plenty of narrow streets with no bike paths. Such narrow streets still support two-way traffic as well as devoting another full lane to parking. As a cyclist, I often find myself competing with 40-ton trucks and desperately hoping that drivers see me out of the corner of their eye when they make right-hand turns.

Timur Hussein stands at one of the redrawn bike lanes at the busy Kottbusser Tor intersection in Kreuzberg, counting the number of bikes going by. "Seventeen in one hour — that's nothing. Nobody needs these lanes," says Hussein, who is district chairman of Chancellor Angela Merkel's conservative Christian Democrat Union (CDU). "It is Green Party ideology. The plan is just an attack on automobile drivers, it doesn't help cyclists at all. The Greens hate cars and this is all part of their strategy."

Not so, says Felix Weisbrich back at the Department of Roads and Parks. He says he isn't a politician but rather an official responsible for implementing government measures: "My job is to protect people. And that is what I am doing." 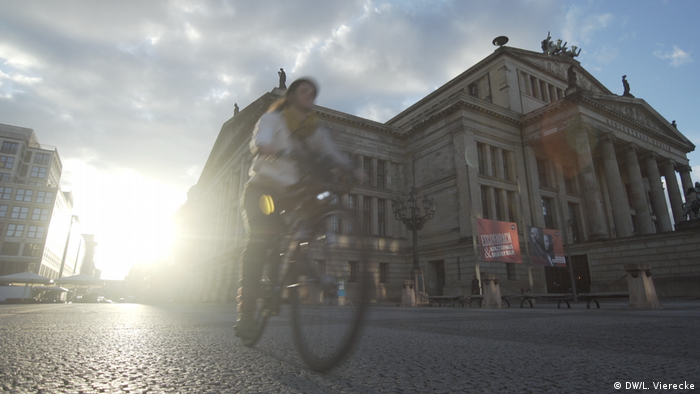 Due to reduced traffic resulting from stay-at-home measures, bikers have more space than ever on Berlin's streets

It took just three days for Weisbrich to come up with the idea for new bike paths and turn that idea into a reality. "Road traffic regulations state that if there is a change in traffic volume, we can act quickly and create new, perhaps temporary, cycling lanes. It does not have to go through parliament," says Weisbrich, who makes no secret of the fact that it was all possible because nobody talked the project down.

Ordinarily, district and municipal parliaments can discuss, disagree and delay at will. But now public officials are pushing measures through with great speed. Weisbrich has even coined a term for it: "pandemic-resilient infrastructure."

On Easter Sunday, the streets around popular parks and weekly markets were opened up to allow people to get out and take walks. The idea was also to give them enough space for social distancing. "We are evaluating what happened and trying to work out what measures can be extended," said Weisbrich on Twitter. 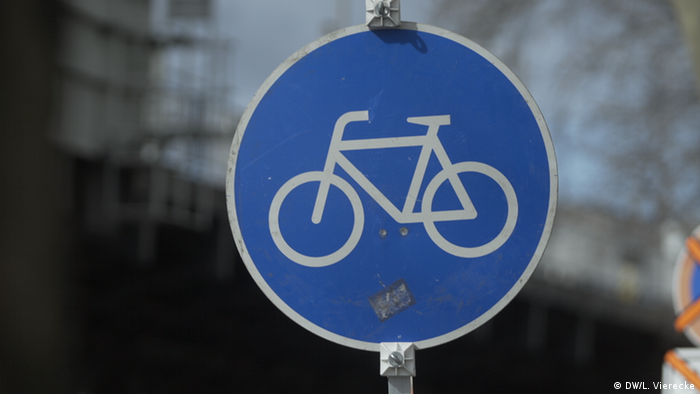 Increasing bike lanes thrills some Berliners, but many drivers are peeved about the possibility of shrinking car lanes

Vision for the city

Antje Heinrich lives in Berlin's bohemian Kreuzberg neighborhood. Her street is full of bars — all of them currently closed. It also has a parking lane and a narrow bike lane. But, Heinrich complains, "The bike lane is mostly blocked by delivery trucks or other double-parked cars." Her annoyance is perhaps understandable: Heinrich, like 40% of all Berlin residents, does not own a car.

Read more: What Berlin can learn from Germany's cycling metropolis

When she is not working as a translator, Heinrich is active in a group called Changing Cities. The group long campaigned for a new municipal mobility law for the German capital. And, in 2018, the law was finally passed, promising Berlin's cyclists an improved infrastructure. "The wider bike paths now being introduced are a direct result of that new law. But so far it has taken far too long to get them set up," she says. The neighborhood's sudden activity on that front explains why she is so enthusiastic about the new pop-up bike lanes.

Heinrich sees the coronavirus pandemic as an opportunity to push through her vision of traffic transformation: "When I am out and about in the streets, I always try to imagine what it would be like to be in a city without cars. We could use all the parking spots for something else — plant some trees, set up park benches, that kind of thing." But that is still a dream, and Germany is still car country.

What comes after COVID?

The new bike lanes are still provisional, made up of red-and-white warning beacons, temporary signs and yellow foil barriers. They can be removed as soon as the coronavirus pandemic has passed. But most people believe that they are here to stay.

After all, other Berlin districts are following suit and setting up their own new bike lanes. And cities like Stuttgart and Essen are taking the same route. Ironically, the coronavirus is directing traffic — and it could continue to do so far into the future.

The man wore only shoes as he rode faster than the speed limit for cars towards downtown Kiel on a Saturday night. Police have not been able to identify the man to hand him a fine. (28.07.2018)

A 160-kilometer journey along the Berlin Wall with elderly passengers celebrates German Unity and mobility at any age. (02.10.2019)

About 60 bicyclists bared nearly all to cycle around the western city of Cologne promoting safety on the streets. German laws restrained the Naked Bike Ride motto 'bare as you dare' to a degree of modesty. (12.07.2019)