Tens of thousands of cyclists have taken over the streets of Berlin as part of a campaign to make the city more bike-friendly. Organizers have called it the "biggest bicycle demonstration in the world." 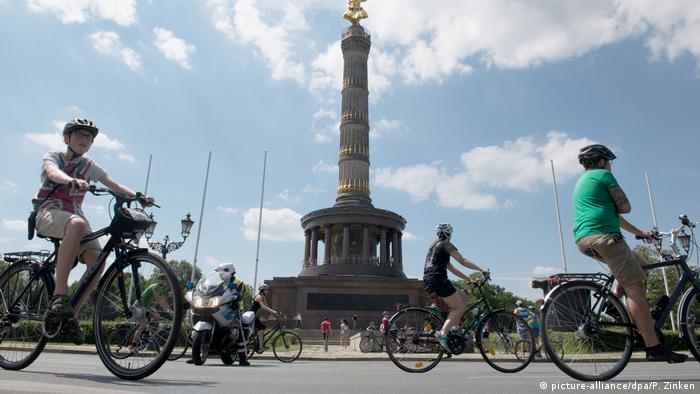 Masses of people braved the heat in the German capital on Sunday to join a cycle rally calling for more space for bikes on Berlin's roads.

The German Cyclists Association (ADFC), which organizes the annual event, wants to see a shift in the city's infrastructure, which they say is geared towards cars rather than bicycle traffic.

Cycling in the sun

The ADFC said around 90,000 people were taking part, but police told Berlin public broadcaster rbb the turnout was under 30,000. Some 250,000 participants were registered to take part.

"It's very hot, some might prefer the lake to the road," an ADFC spokesman told German news agency DPA in Berlin, where a high of 31 degrees Celsius (87 degrees Fahrenheit) was forecast. 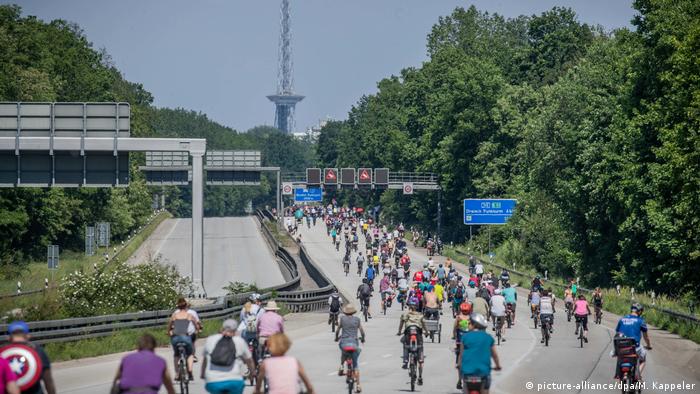 Roads across Berlin, including some motorways, were closed to car traffic for Sunday's cycle rally.

Sunday's rally covered 19 different routes in Berlin and Brandenburg, all of them culminating at the Victory Column in Berlin's Tiergarten park.

Many people tweeted from the road using the hashtag #MehrPlatzfuersRad (More space for bikes).

Call for change in cities

Bicycle traffic in Berlin grew by 9% in 2018 alone, according to the ADFC.

"Cyclists are squeezed into narrow strips, while more and more cars guzzle space on the road," it said in a statement, adding that it was time for politicians to make "brave decisions" and redistribute city space.

The first ADFC cycle rally took place in 1977. The cycling association has dubbed its event the "biggest bicycle demo in the world," although the number of participants varies from year to year.

Bicycle, tram, e-car: Why e-mobility still has no chance in Berlin

Our author recently took his first spin in an electric car in Berlin. Now he's wondering why these cars are a rare sight in the city. It's about more than just their reach. (25.08.2017)