From Berlin to Cologne, Germany wary of bike-share clutter | Germany | News and in-depth reporting from Berlin and beyond | DW | 03.04.2018

German cities are scrambling to limit the number of free-standing rental bikes that clutter their sidewalks and parks. But campaigners say public bicycles are better than 20,000 more cars a year on the streets. 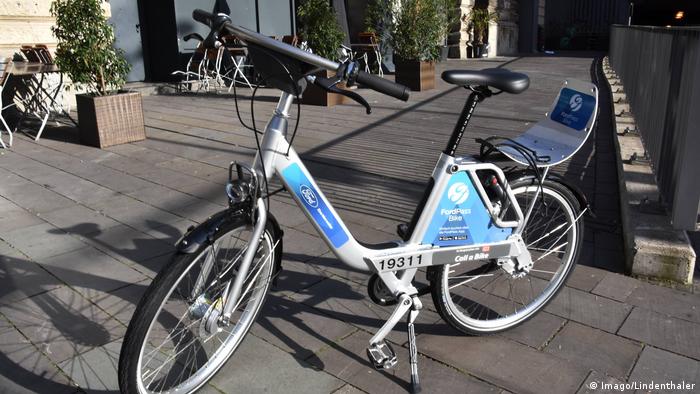 Despite an overproliferation of cars on Germany's streets, cities have taken new measures against rental bikes as more and more people complain that free-standing cycles are cluttering sidewalks.

Even the German Cycling Association (ADFC) has admitted that the "outstanding idea" of leave-anywhere cycles has not been entirely popular. "When rental bikes are blocking footpaths or driveways in their dozens, or are left abandoned in parks, then they're just a nuisance," spokeswoman Stephanie Krone told Germany's dpa news agency on Tuesday.

This, she said, was the case in Munich, where the introduction of about 6,800 bikes within a few weeks starting in August turned out to be "poison for the image of rental bikes."

Several large rental enterprises have recently sprung up across Germany — most noticeably the bright orange-wheels of the Mobike: a Chinese company that in November made Berlin the 200th city to host its bikes. Other businesses are also elbowing for room. Much to the understandable annoyance of companies that have gone to the trouble of making formal deals with the state, some of them are even providing their services without first agreeing contracts with city authorities. 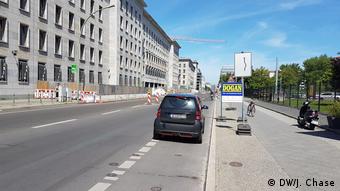 The concerns about the massive oversupply will likely continue. "Watch out, dear cities and municipalities," the bicycle manufacturer's association ZIV tweeted last week, along with a link to an English-language article about "impounded, abandoned and broken bicycles" stacking up in China. "We don't want conditions like that in Germany."

"The cities were not always ideally prepared for new free-standing providers," ZIV spokesman David Eisenberger said, before calling for providers to be sanctioned for wrongly parked bikes.

After mass rollouts of rental bikes in 2017, the cities have started reacting. Transport authorities in Munich and Frankfurt have introduced a "catalog" of restrictions, including a maximum number of bikes to be left at particular public locations, while their counterparts in Cologne have introduced designated zones for bike-share cycles (with only five bikes allowed per area).

Jürgen Möllers, Cologne's cycling commissioner, said the city "got on well" with the firms and could still cope with the bikes, even if not all residents are happy about them. "We pass on any complaints to the providers, and they move them," he said. "We're looking at around 5,000 bikes this year, and we consider this figure within our capacity — so this wave that was predicted a year ago hasn't happened."

In an emailed statement, Jimmy Cliff, the general manager of Mobike Germany, told DW that his company takes a "proactive approach" to teaching its customers to be responsible, including through "videos and in-app messaging." He said users could also report bikes left in unsuitable spots. "We constantly try to become active partners of the city," he wrote. "The introduction of parking zones for rental bikes is one of many possibilities we would consider to improve the communal use of bicycles in cities."

Heinrich Strössenreuther, the spokesman for Germany's Clever Cities initiative, which campaigns for new solutions to urban congestion, told DW that complaints about a few more bikes are missing the point. 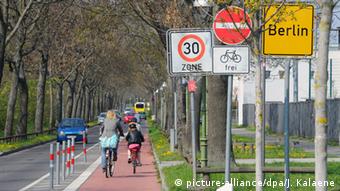 Many initiatives are fighting for safer cycling infrastructure

"It's true that the cities didn't see it coming quickly enough, but, on the other hand, the problem is being pushed massively in the media at the moment," Strössenreuther said. "In all cities in Germany, we're seeing an increase in the number of cars of 1 percent a year — in Berlin that's 20,000 cars — and no one gets upset about that. But 3,000 or 4,000 more bikes and that's suddenly a media issue. I don't get it."

Strössenreuther said fines for illegal car parking in Germany would need to be raised significantly — the penalties are still well below the European average of €100 ($123), he said — and police and authorities would have to enforce existing parking restrictions more effectively.

There are now several local campaigns calling for better bike infrastructure in cities across Germany, and Strössenreuther said the problems created by the sharing companies could easily be alleviated by taking away some parking spaces for cars.

No such plans are being made in Cologne, however, Möllers said. "We don't want any fixed bike stations, so we don't want to move car parking spaces," he said.

Strössenreuther said a major problem was that in many cases firms are failing to provide services citywide and are instead concentrating on well-covered central hubs. "What's really missing is bike-sharing schemes on the outskirts of cities so that people can travel to railway stations," he said. "We're still a long way away from that."