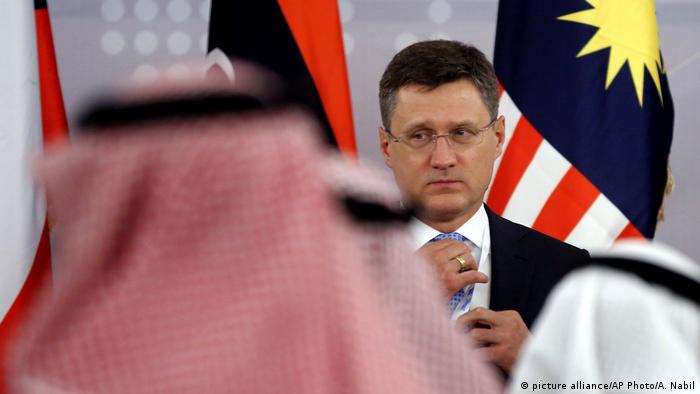 Russia has sought more time before committing to a Saudi Arabia-led proposal to deepen oil production cuts to deal with the coronavirus in China that has led to a sharp fall in energy demand.

Moscow said it needed more time to gauge the impact of the virus on oil markets after officials from the Organization of Petroleum Exporting Countries (OPEC) and its allies led by Russia recommended a cut of 600,000 barrels per day (bpd) or about 0.6% of global supply on Thursday.

The technical panel that met in Vienna could not agree on scheduling an emergency ministerial-level meeting this month, moving up a summit planned for March.

Russia — the world's second-largest oil producer after the United States — has been cooperating with Saudi Arabia in recent years to manage global oil supplies by compensating for higher output from the US, where a shale boom has doubled oil production to 12 million bpd since 2012. In December, the coalition known as the OPEC+ agreed to cut output by 1.7 million bpd and Saudi Arabia said it would further cut 400,000 bpd if the OPEC+ countries adhered to their quotas.

Experts say Moscow's reluctance to agree to deeper cuts stems from its desire to capture market share from US shale players, many of which have been struggling to stay afloat as oil prices remain low.

Russia believes it is better off with lower oil prices for the moment as it will lead to a fall in US shale oil production, leaving more room for Russian oil after the virus attack, Bjarne Schieldrop, an analyst at Sweden's SEB Markets, told DW.

Moscow has been a reluctant signatory to the 2016 deal amid fears of losing market share to the US, which is not participating in output cuts. On the contrary, Russia has been pumping in oil at record levels in the past two years. It complied with OPEC+ targets only for three months last year and that too largely owing to a monthslong contamination crisis on its Druzhba pipeline.

The Kremlin's budget is more resilient to low oil prices than most major oil producers. Russia expects to meet its planned spending needs while balancing its budget, if oil prices remain around $50 a barrel.

"The feeling is that they are relatively more comfortable to allow outright prices to fall a little lower, and are reluctant to see their market share diminishing," Philip Jones-Lux, energy market analyst at JBC Energy, told DW.

Saudi Arabia — the world's top oil exporter — is more vulnerable. The break-even oil price for Saudi Arabia has remained above $80 a barrel — well above the average oil prices — in the past few years, forcing the kingdom to resort to money from its foreign reserves.

That's why, in recent years, Saudi Arabia, unlike Russia, has been more preoccupied with propping up Brent crude prices than with shielding its market share. Riyadh's last attempt at boosting market share ended in a fiasco some years ago, leading to a collapse in oil prices to around $30 a barrel. US shale players then proved to be more resilient than the Saudis had expected.

Saudi Arabia proposed additional output cuts of 800,000 to 1 million bpd to deal with the current crisis. Many oil analysts are divided on how effective further cuts would be in supporting the oil markets, which remain oversupplied despite past cuts.

"For once, it seems like factors outside of OPEC+ announcements (vaccine news vs further quarantine news or demand collapse forecasts) are just as important for markets as what OPEC+ announces," Jones-Lux said. "In reality, OPEC+ will supply the crude that is demanded without pushing more into the market."

The coronavirus outbreak in China — with the latter consuming 13 of every 100 barrels of oil the world produces and being the world's largest oil importer — is likely to test both Saudi Arabia and Russia, which along with other OPEC+ members account for 70% of the Asian country's supplies.

Chinese oil demand has plunged by about 3 million barrels a day or 20% of total consumption, Bloomberg reported, hurt by extended factory shutdowns and a fall in air travel and road transportation. Brent crude has fallen more than 19% over the past month to around $55 a barrel, its lowest level in a year, despite a reduction of up to 1 million bpd because of troubles in Libya.

Schieldrop said major refineries in China were set to reduce processing of crude in February by between 10% and 40%. Reuters news agency reported that Sinopec, the nation's biggest refiner, would cut its processing by 600,000 bpd, or 12% of its capacity, this month.

Jones-Lux told DW that the impact of the coronavirus, which has caused over 600 deaths, is "already proving severe, with crude having to be resold and find new homes quickly." He said it were mainly the crudes from West Africa and South America that were being sold.

"This makes sense, given the longer travel times and the fact that much of the commitments to take Middle Eastern crudes are term commitments, making them more difficult to get out of quickly," he said.

Setback for US shale producers

The fall in oil prices is also a major blow to US oil producers, even though they account for just a fraction of Chinese oil imports.

The latest drop will further hurt their profits, already hit by low oil prices over the past year. US shale producers, many of which need oil prices to remain at $65 or higher to break even, have been forced to slash jobs and investments in exploration and production.

Forty-two oil and gas companies filed for bankruptcy in North America last year, according to the Haynes and Boone law firm. That took the total count of bankruptcy filings by US producers to 208 since 2015, when oil prices crashed.

Coronavirus, cold or flu? How to tell the difference

The new deadly coronavirus in China has revived memories of the 2002-3 SARS pandemic, which killed hundreds and walloped Asian economies. DW recalls how entire cities emptied and business and consumer demand plummeted. (22.01.2020)