COVID-19 infections are on the rise again across Europe and in Germany, sparking fears of a second wave. Chancellor Merkel has reportedly warned top party officials that the number of cases could surpass 19,000 per day. 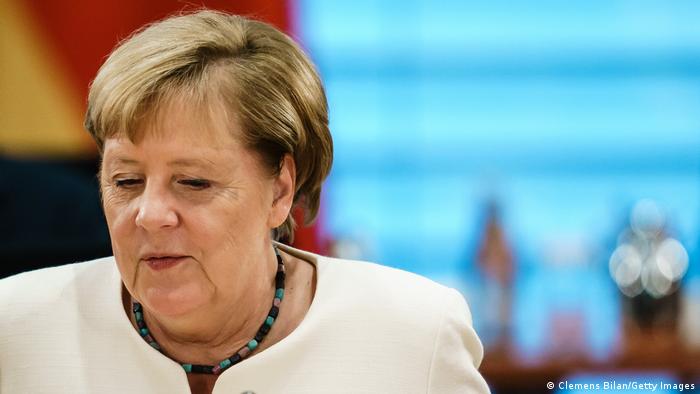 "The development of infection numbers is of great concern to us," Steffen Seibert said.

"We should not permit the virus to spread exponentially in certain places," he added.

Infections have been rising across Europe for weeks, with France and Spain reporting the sharpest increases of over 10,000 a day.

In Germany, data from the country's Robert Koch Institute (RKI) for infectious diseases showed the number of confirmed coronavirus cases in Germany are also on the rise. Daily infections increased by 1,192 on Monday. New infections reached over 2,000 per day on average during the last week.

By comparison, at the peak of the crisis in late March and early April, Germany was reporting more than 6,000 new cases a day.

Seibert urged for localized outbreaks to be quickly brought under control. He also asked German citizens to keep to strict hygiene measures including masks if social distancing cannot be maintained.

He called for people to exercise caution and rationality, and at times accept "necessary restrictions" in order to spare Germany the worst of the pandemic during autumn and winter.

In her meeting with CDU officials, the chancellor deemed the infection numbers in Europe worrying and declared Germany needed to do everything it could to avoid the numbers rising exponentially again, said the Bild report.

"We must quickly contain the infections and intervene," Merkel was quoted as saying. "We must set priorities, namely keeping the economy running and keeping schools and nurseries open. Football is secondary to that for now."

The chancellor is said to have added that parties, visits to bars and pubs, religious events and meet-ups were also a cause for concern.

Merkel's comments come ahead of a planned video conference on Tuesday with Germany's 16 state leaders to discuss further plans to deal with the pandemic in the country.

Are Germany's hospitals prepared for a second coronavirus wave?

This year, I joined millions of people in holidaying at home instead of traveling internationally. Here's what my staycation taught me about my adopted country of Germany.