Prime Minister Jean Castex warned that the pandemic is worsening. While France is not planning to bring in harsher restrictions, authorities hope to introduce more effective testing. Catch up on the latest here. 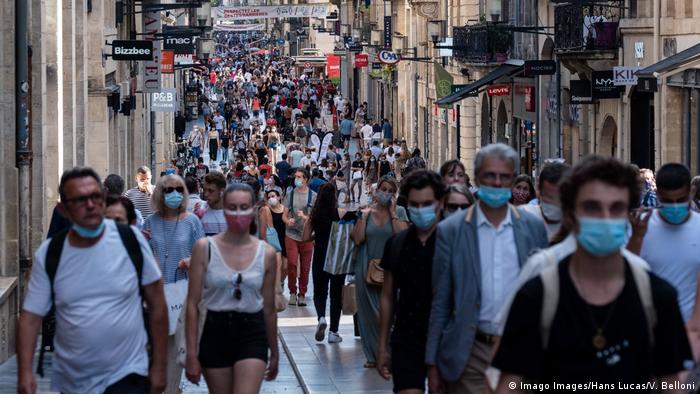 French Prime Minister Jean Castex on Friday warned that the virus situation is "clearly worsening" as health authorities continue to record a steady increase in cases.

Despite this, Castex announced that France is reducing the self-isolation period from 14-days down to seven days because this is "when there is a real risk of contagion." France hopes the shorter isolation period will be easier to enforce.

Nearly 10,000 new cases have been recorded daily in the last two days — a record since wide-scale testing began. Castex said the rise in hospitalizations had been particularly concerning. Many people died across the world during the initial virus wave when intensive care units became overwhelmed.

A UN resolution for a "comprehensive and coordinated response" to the COVID-19 pandemic was adopted by a majority of 169 member countries during a Friday vote.

The measure, which has been negotiated since May, "acknowledges the key leadership role of WHO and the fundamental role of the United Nations system in catalyzing and coordinating the comprehensive global response to the COVID-19 pandemic."

The text "calls for intensified international cooperation and solidarity to contain, mitigate and overcome the pandemic and its consequences."

It requests nations to maintain food and agricultural supply chains and asked governments to think about climate change while rebuilding their economies.

The resolution is a show of unity for the UN body but it is not legally binding.

The US and Israel voted against the resolution. Hungary and Ukraine abstained. 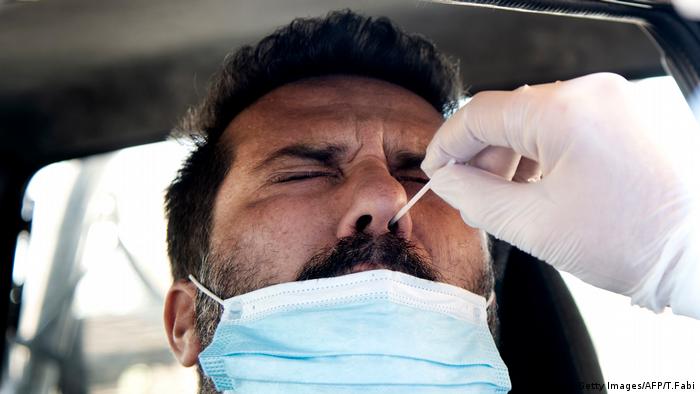 Italy has increased its testing program

In the United Kingdom, trials for a coronavirus vaccine produced by AstraZeneca and Oxford University have resumed after the Medicines Health Regulatory Authority (MHRA) confirmed it was safe to do so, the company said on Saturday.

Trials of the experimental vaccine, one of the most advanced currently under development, had been suspended after a study subject in Britain fell ill this week.

In Germany, the country's public health body, the Robert Koch Institute, reported a rise of 1,630 new infections in the past day.

The increase comes as protests took place in several German cities against coronavirus lockdown measures. On Saturday, a march by protesters in the southern city of Munich was called off early after police intervened to enforce hygiene measures. A larger rally went ahead later in the afternoon. Other demonstrations have taken place in Wiesbaden and Hannover.

In more news from Germany: The entire national amateur boxing team, including coaches and supervisors, has been infected with coronavirus at a training camp in Austria. The athletes and staff will be allowed to travel home after a 14-day quarantine. No serious cases were reported.

In Italy, the number of people testing positive for coronavirus continued to rise for the sixth week in a row.

The rise has been driven by people returning from holidays and the country upping its testing capacity.

India reported a record jump in coronavirus cases for the second day in a row, logging 97,570 new infections, according to the federal health ministry.

With total cases of more than 4.65 million, India is the world's second-worst affected country after the US.

Australia's government has extended its lockdown — due to end on Sunday — for another two weeks. "You can only keep numbers low if you first drive them down to very low levels," Victoria Premier Daniel Andrews told a news briefing.

Victoria — Australia's second-most populous state — has been the epicenter of the outbreak in the country.

Bars in Zambia are set to reopen, said President Edgar Lungu in a speech to lawmakers. They have been closed since March but will open on a limited basis during weekends. Lungu warned: "Should there be any flouting of these public health guidelines, I will be left with no option but to close them again."

Zambia was among a number of southern African nations restricting alcohol sales during the pandemic, including South Africa and Zimbabwe. 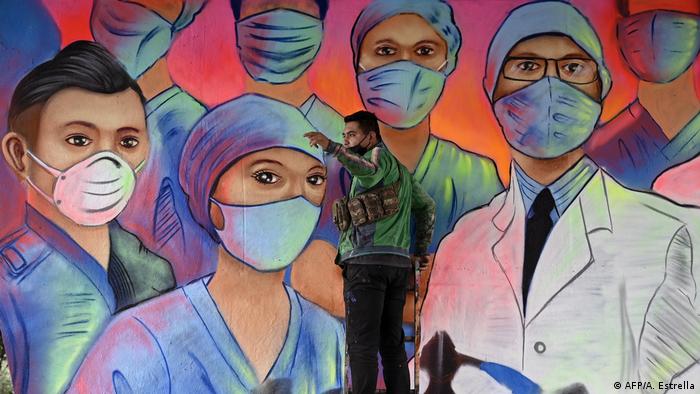 The death toll in Mexico has exceeded worst-case scenario predictions

Mexico reached the grim milestone of 70,000 coronavirus deaths after 534 people died from the virus in the past 24 hours.

Previously, authorities estimated the virus would cause between 8,000 to 60,000 deaths — in a worst-case "catastrophe" scenario.

For the first time since March, Canadian health authorities reported no coronavirus deaths. So far during the pandemic, there have been a total of 9,163 deaths and over 135,000 infections in the country.

US hospitals have turned down about a third of their allocated supplies of the COVID-19 drug remdesivir since July, the Department of Health and Human Services confirmed.

Demand for the expensive antiviral has been falling, in part due to hospitals saving the drug for the most severely ill patients.

Who should get treatment — and who shouldn't? The COVID-19 pandemic has sparked debate in Germany about which patients should be admitted to intensive care units if there is a shortage of beds.