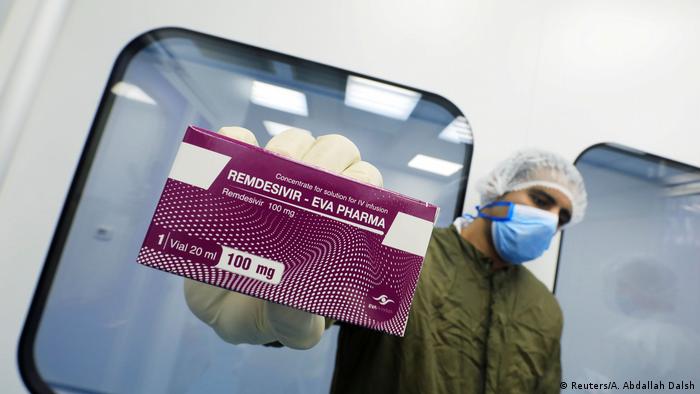 Zolgensma, a gene therapy medicine for treating spinal muscular atrophy in children under the age of two, is now available in Germany. However, a single treatment of the drug, which is produced by Swiss pharmaceuticals company Novartis, comes at the steep price of €1.9 million ($2.1 million).

The manufacturer argues that this is a reasonable price considering that without it, it costs between €2.5 and 4 million to treat the degenerative disease over a lifetime.

Gilead Sciences, which has developed remdesivir, takes a similar line of argument, saying that the drug, which is viewed as a promising tool in the fight against COVID-19, could save costs in the long run.

In an open letter earlier this week, Daniel O'Day, chairman and CEO of Gilead Sciences, wrote: "Taking the example of the United States, earlier hospital discharge would result in hospital savings of approximately $12,000 per patient. Even just considering these immediate savings to the healthcare system alone, we can see the potential value that remdesivir provides."

"We have decided to price remdesivir well below this value," he continued. "To ensure broad and equitable access at a time of urgent global need, we have set a price for governments of developed countries of $390 per vial. Based on current treatment patterns, the vast majority of patients are expected to receive a 5-day treatment course using 6 vials of remdesivir, which equates to $2,340 per patient." 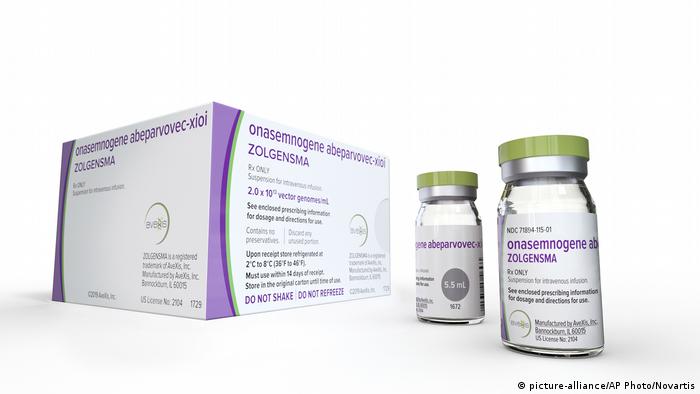 What is fair drug pricing?

The editor of the German specialist magazine Arznei-Telegramm, Wolfgang Becker-Brüser, is not convinced. He told DW that the costs of treating COVID-19 without remdesivir had been calculated at random.

"There is an attempt to give the impression that the price is fair," he said. "However, if there wasn't a pandemic and so much public attention they might have set the price much higher."

The Association of Research-Based Pharmaceutical Companies (vfa) refused to comment. "The vfa does not comment on the pricing schemes of individual companies," it said in a statement to DW.

But in the past, the vfa has called on the pharmaceuticals sector to show responsibility with regard to consumers and demanded that affordable medicine and vaccines be made available.

An analysis by British researchers cited in the Germany weekly Der Spiegel came to the conclusion that it probably cost about €8 to produce one dose of remdesivir.

However, it is normal for the sale price to be much higher than the production price, considering companies invest huge sums into development.

Read more: How lab animals have fared in the coronavirus crisis 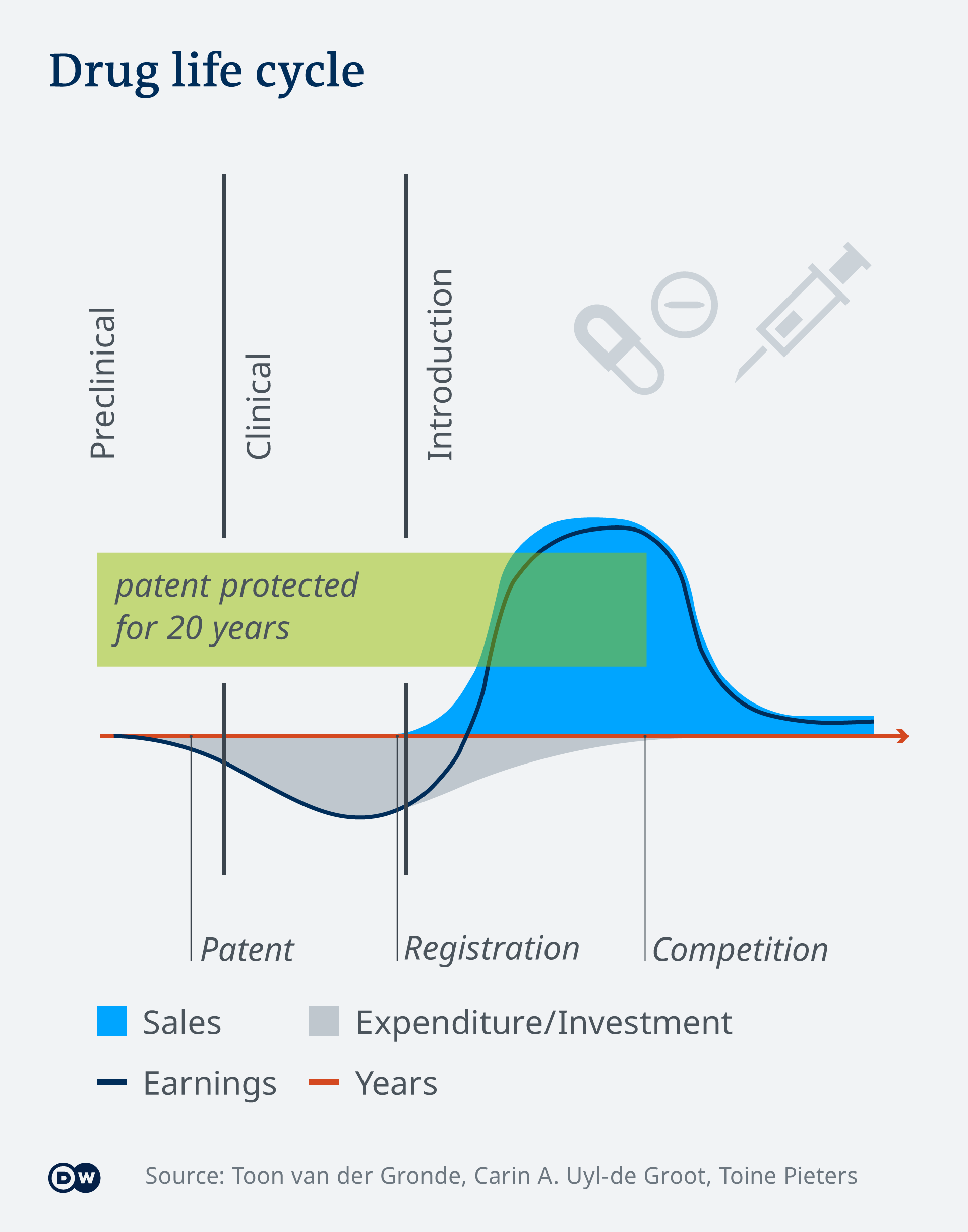 Gilead Sciences claims that it invested about $1 billion into remdesivir. This is actually at the lower end of the vfa's scale for developing a new drug. The association told DW that companies tended to invest $1 to 1.6 billion in a new product.

For Wolfgang Becker-Brüser, this is "fantasy."

"If the development costs are calculated to be so high then it is easy to demand higher prices," he told DW.

For Alexander Nuyken, a pharmaceuticals expert at the consulting firm EY, there is a reason that development costs are so high: they encompass the risk of failure. "It has to be possible to add a premium for the risks incurred from the development of a drug to its approval," he said.

Becker-Brüser said that in general drugs were becoming more expensive. "The number of prescriptions for new patented drugs is the same but their price is going up," he said. This was already the case before the COVID-19 pandemic, as indicated by a report by the German health insurance company AOK from last year, according to which insurance companies are paying an increasingly high proportion of their medicine budget on particularly expensive drugs. Drugs as pricey as Zolgensma are only the tip of the iceberg.

With regard to remdesivir, however, there had been some expectation that the cost per course of treatment would actually be higher. The Institute for Clinical and Economic Review, a US-based nonprofit organization that analyzes drug prices, had suggested that a reasonable price would be $2,800, while others had recommended $4,000.

But considering that remdesivir is practically a waste product, which Gilead Sciences originally developed to treat Ebola, without major success, Becker-Brüser presumes that the company opted for a compromise in view of the public pressure.

It could turn out to be a win-win situation for the company. Its share price rose when the price of remdesivir was announced earlier this week and orders have gone through the roof. 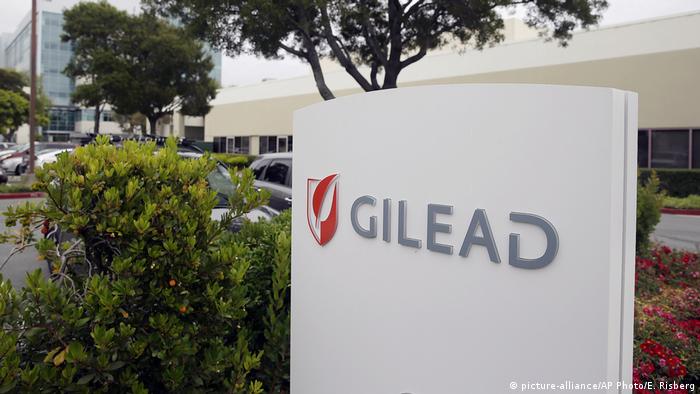 After being ineffective against Ebola, Gilead Sciences drug remdesivir is getting a second chance against COVID-19

According to media reports, the US has already secured the entire stock of projected production for July and 90% for August.

Germany, too, has apparently secured supplies. Health Minister Jens Spahn has been applying pressure. He said that he expected "Germany and Europe to have access to supplies to such a drug." The British government has also said that it has enough reserves.

So far, remdesivir has not been fully approved in any country and there has not been enough research into how effective it really is against the novel coronavirus. But apart from Dexamethason, it is the drug that seems to have the most potential for treating patients with SARS-CoV-2 and limiting the disease's course.

Read more: Is dexamethasone the game changer in COVID-19 treatment?

Alexander Nuyken said that it was not surprising that the world's wealthy nations were all eager to get hold of supplies. "That's why it is particularly important that we find common solutions in international alliances."

There are already several international forums in which this is being attempted and a European vaccine alliance has been formed with the WHO.

However, the problem, as with the global fight against the climate emergency, is that if the US does not play by the same rules, the attempts of other states will be curbed.

Those who benefit, said Becker-Brüser, are the pharmaceuticals giants, "which are in a position to aim higher."

It will soon become clear how high Gilead Sciences is prepared to go. Right now, the European Union is negotiating with the US company and trying to ensure that all 27 states have supplies in the coming months.