Though remdesivir can reduce the mortality rate and the duration of the illness COVID-19, it's not considered entirely effective. Nevertheless, US authorities have now approved the drug for use against the disease. 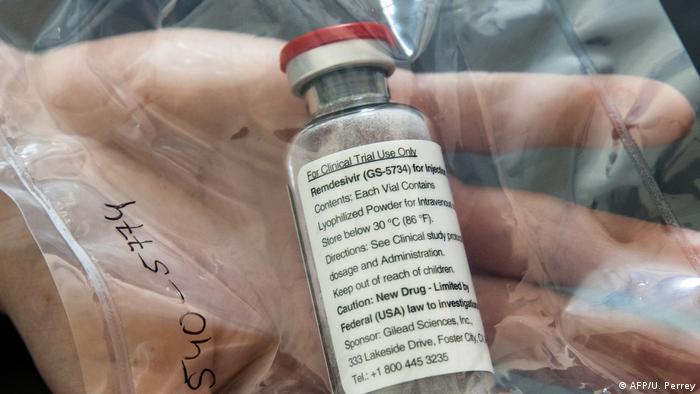 The US Food and Drug Administration (FDA) has approved the drug remdesivir for the treatment of COVID-19, issuing a statement on Friday, October 23. The drug had previously been approved in the US only under an Emergency Use Approval (EUA). In Europe, the product had also received an EUA in July for the treatment of certain COVID-19 patients.

Remdesivir came into focus as a potential cure immediately after the first infections of the novel coronavirus were reported in China. Remdesivir was originally developed to treat Ebola infections, but it also showed effectiveness  against SARS and MERS coronaviruses in laboratory tests. The new SARS-CoV-2 is considered a variant of the 2002 SARS pathogen.

The drug was developed by the US pharmaceutical company Gilead Sciences as GS-5734. At the outset of the pandemic, it was not approved by any country.

After an initial clinical trial in the US showed positive results in May 2020, the FDA granted the EUA. Since then, remdesivir was able to be used in hospitals for the treatment of individual patients with the lung disease COVID-19 outside clinical trials.

Read more: Is compulsory licensing of remdesivir a feasible option?

The World Health Organization (WHO)  published a non-peer-reviewed preprint study on MedRxiv  on October 15 showing that remdesivir barely reduces the mortality rate of COVID-19 patients. The study is a result of the so-called 'SOLIDARITY Trial' in which the data of 11,266 patients was evaluated.

Gilead Sciences in a statement  argued that by having the study published as a preprint, "the data from this open-label global trial have not undergone the rigorous review required to allow for constructive scientific discussion."

In the same statement, the companyreferenced another study  with 1062 volunteers, that was recently published in the New England Journal of Medicine (NEJM),  which showed that remdesivir could reduce the average healing time from 15 to 10 days.

Gilead Sciences filed an application for regular approval of the drug with the FDA on August 7, 2020.

Read more: Does nicotine help against the new coronavirus?

How does remdisivir work?

The antiviral effect of remdesivir derives from its function as a so-called nucleotide analogue. The active substance inhibits the RNA polymerase (RdRp) of viruses such as Ebola and MERS because its structure is similar to RNA building blocks. During virus replication, these are erroneously incorporated into the genetic strands of the new virus copies. Truly functional new viruses cannot be created in this way.

Although remdesivir did not prove to be really effective in fighting Ebola, cell culture experiments and initial experiments on macaques showed that it had a promising effect against the coronaviruses SARS and MERS-CoV, which are closely related to SARS-CoV-2.

Early clinical trials with remdesivir carried out in the US and China were intended to show if the drug also helps against COVID-19.

Initial positive results of an early randomized clinical trial in the US were announced on April 29, 2020 directly from the White House in Washington. Speaking about remdesivir at a press conference with US President Donald Trump at the White House, the director of the National Institute for Allergy and Infectious Diseases (NIAID), Anthony Fauci, then stated: "This will be the standard of care."

A total of 1,063 patients with varying degrees of severity of the disease had taken part in the NIAID-funded study, the 'Adaptive COVID-19 Treatment Trial', and were treated with remdesivir or a placebo for 10 days.

In such a randomized double-blind study, neither the treating physicians nor the patients know who is injected daily with the active substance and who receives a placebo. This is to prevent any expectations of the drug from possibly distorting the actual results. 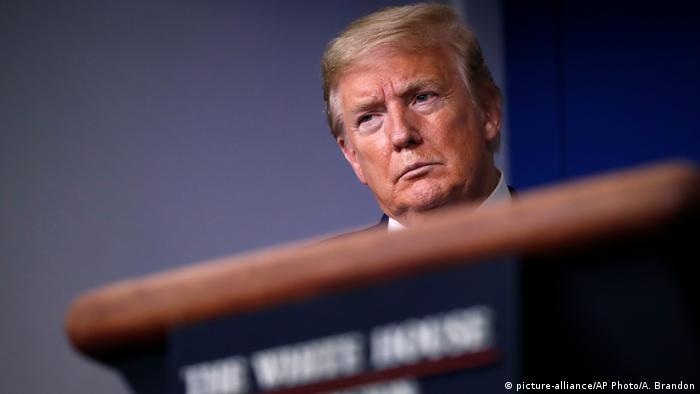 The mortality rate in the remdesivir-treated group was 8% compared to 11.6% in the placebo group. Those responsible for the trials then considered them sufficient. The National Institutes of Health in the US said that the results were meaningful enough.

In parallel with the successful reports from Washington, there were additional reports from China, where remdesivir was first tested for its efficacy in randomized clinical trials in Wuhan on patients in intensive care units suffering from severe cases of COVID-19. 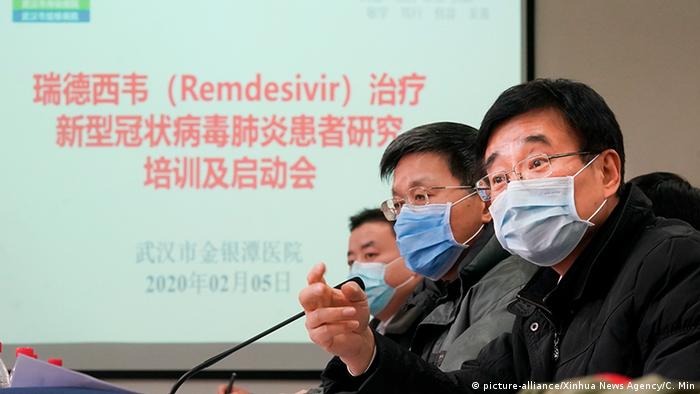 Eventually, however, Wuhan lacked the necessary patients because of a sharp decline in new infections, and that study was also terminated prematurely, according to a report in The Lancet.

What do the results mean?

Both the early two studies, as well as the more recent published and leaked studies, seem to point to the same conclusion: The active substance remdesivir has clearly proven to be moderately effective. It reduces the death rate slightly but not significantly and it reduces the duration of the disease by a few days.

Although this is encouraging, it is far from being the resounding success that many had hoped for from what was described as the most promising drug candidate to date.

German infectious disease expert, Gerd Fätkenheuer, professor of medicine at the University Hospital Cologne, had expected a quick approval for remdesivir after the publication of the NIAID study in May. He was leading a clinical trial of remdesivir with patients in Germany.

"For patients with a severe form of this disease, this study gives hope that they will be able to recover from the infection more quickly and safely," he said. "The yardstick for the effectiveness of potential other drugs will, in the future, be remdesivir."

"The results of the large-scale SOLIDARITY study from the WHO with 11,266 patients included worldwide are not entirely unexpected, but no less disappointing" Clemens Wendtner, chief physician for infectiology and tropical medicine at the Munich Municipal Hospital said.

"Despite the limitation that no detailed data are available on the preprint server to date and a peer review process is still pending, it can be stated that the study has failed to meet its primary endpoint: None of the four drugs tested — remdesivir, hydroxychloroquine, Lopinar/Ritonavir, and IFN-ß1a - are capable of reducing COVID-19 mortality in symptomatic patients requiring hospital treatment," said Wendtler about the most recent study.

This article was originally published on April 30, 2020 — before remdesivir was approved. It has since been updated to include the latest information from recent scientific studies and the latest FDA approval.