Could an existing drug help against the new coronavirus? | Science | In-depth reporting on science and technology | DW | 09.04.2020

Medical researchers are working hard to find a vaccination against the novel coronavirus. But parallel to these efforts, the repurposing of existing drugs could shorten lengthy clinical trial phases and save lives. 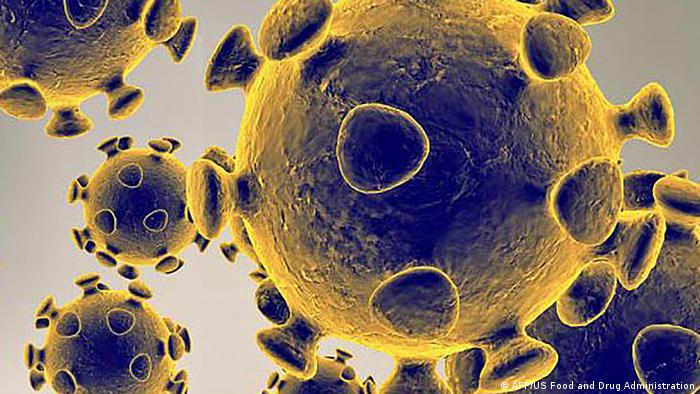 Perhaps no new drug against the novel coronavirus SARS CoV-2 needs to be found, as it is possible that existing active substances could help against the COVID-19 pathogen.

The advantages of using drugs that are already on the market are obvious: Not only is it cheaper to repurpose drugs that have already been approved or developed, but, above all, it is much faster because the lengthy clinical test phases can be shortened.

Although at least 68 vaccine projects have been started worldwide, the German pharmaceutical association VfA  believes that even if a suitable vaccine is found in 2020, mass vaccinations are unlikely to be carried out even in Germany this year. So the only alternatives are either further isolation for months or treatment with already existing or developed active substances.

Whichever active substance or drug is ultimately found to be the most effective against the new coronavirus, it is extremely important to wait until the drug authorities have carried out all the necessary tests and made scientifically sound decisions. All experts are warning urgently of possible side effects, especially if people self-medicate without consulting a doctor. So please wait and do not just swallow any medication for fear of the disease!

Currently, three groups of drugs are being tested for their efficacy against the new coronavirus SARS-CoV-2.

Antiviral drugs are designed to block the reproduction of viruses or prevent them from entering lung cells. Antiviral drugs have been developed, for example, for normal influenza, for hepatitis C, but also for HIV, Ebola and, importantly here, for the two diseases SARS or MERS, which are also caused by coronaviruses. Also being tested are well-known antimalarial drugs whose effectiveness against viruses was only recently discovered.

Immunomodulators are designed to limit the body's defense reactions in such a way that the immune system does not overreact and cause additional life-threatening damage to the body. These immunomodulators were developed, for example, for the treatment of arthritis or inflammatory bowel diseases.

Drugs to protect the lungs are designed to make sure the lungs keep supplying the blood with sufficient oxygen. The drugs were developed, for example, to treat idiopathic pulmonary fibrosis,  which is often fatal and in which the abnormal proliferation of connective tissue between the alveoli and the surrounding blood vessels leads to stiffening of the lung. Respiration becomes shallow and rapid, and respiratory distress and dry irritable cough are the consequences.

The obvious thing to do is, of course, to rededicate antiviral drugs that have already worked against other coronaviruses. After all, both Severe Acute Respiratory Syndrome (SARS) and Middle East Respiratory Syndrome (MERS) are caused by this type of virus. And the new pathogen SARS-CoV-2 is considered a variant of the SARS pathogen of 2002.

In the laboratory, the active substance remdesivir, which was originally developed to combat Ebola infections, was also effective against SARS and MERS coronaviruses. However, remdesivir, developed by the US pharmaceutical company Gilead Sciences  has not yet been officially approved in any country worldwide. Clinical trials with remdesivir are currently underway in the USA and also in China.

One medication currently subject to worldwide hype is the Japanese flu drug Avigan, with the active ingredient favilavir. It has been approved in Japan since 2014 and is now also approved in China. It was developed by the pharmaceutical division of Fujifilm Holding in Japan. This antiviral drug is used against influenza because it inhibits viral RNA polymerase and, like remdesivir, is said to act against various RNA viruses.

In 2014 it was successfully used against Ebola. In 2016, the Japanese government supplied favipiravir to Guinea as emergency aid to combat the Ebola epidemic. According to the Chinese government, promising clinical studies with Avigan are also expected to be available from Wuhan in China, the epicenter of the novel coronavirus.

As a result, there has been a real rush for Avigan, first in Asia and now also worldwide. The German virologist Christian Drosten from the Berlin Charite Hospital described Avigan as "promising" after some tests in Italy. As a precaution, Japan has stashed 2 million packages of Avigan. Other countries such as Indonesia, with its population of around 270 million, and probably also Germany, have already ordered millions of tablet packs, although the actual tests are far from complete.

The well-known malaria drug Resochin has also caused a great stir in recent weeks. Its active ingredient, chloroquine, was formerly used as a malaria prophylaxis. In recent years, however, it has been prescribed only rarely. In tests conducted in Marseille, the active substance chloroquine is said to have shown in cell cultures that it inhibits the proliferation of the novel coronavirus, indicating that it could reduce the viral load of patients with more severe disease progressions. The active ingredient can therefore also be used antivirally, the physicians report.

So far, however, Resochin, which was developed in the 1930s at the Bayer laboratories in Germany, is manufactured at only one site in Pakistan. The German pharmaceutical and chemical company now wants to create production facilitiesnow wants to create production facilities for the active ingredient chloroquine in Europe as quickly as possible and donate the drug to governments free of charge. German Health Minister Jens Spahn has already reserved "larger quantities" of the drug.

Other malaria drugs with the similar active ingredient hydroxychloroquine are also currently being tested. Novartis and Sanofi also plan to make millions of doses available to treat people around the world if the drug authorities give a positive decision.

However, virologists such as Christian Drosten of Berlin's Charite Hospital have expressed concerns about the conduct and validity of the study in Marseille.

Concerns were also expressed by the US Department of Health and Human Services after US President Donald Trump spoke out in favor of the use of chloroquine in the treatment of COVID-19 patients.

Great hopes are also being pinned on an HIV drug with the active ingredient combination lopinavir/ritonavir. The corresponding drug, Kaletra, from the US pharmaceutical company AbbVie has already been used as a COVID-19 therapeutic on a trial basis in China, Thailand and Singapore. However, the results are inconclusive and further studies must follow.

According to the Association of Research-Based Pharmaceutical Companies, various antibodies and immunotherapeutics are also being tested for their effectiveness against the new coronavirus. Among the already approved or experimental active substances are the antibody leronlimab from CytoDyn, originally developed against HIV and triple-negative breast cancer, two antibodies from Regeneron, originally developed against MERS, and the active substance brilacidin from Innovation Pharmaceuticals,  which was actually intended for the therapy of inflammatory intestinal diseases and inflammations of the oral mucosa.

There are also a large number of active ingredients in development or already approved for the treatment of influenza, multiple sclerosis (MS), breast cancer, arthritis, asthma, inflammation of the pancreas and hepatitis. They are now also being tested for their efficacy against SARS-CoV-2.

In China, for example, Novartis' MS medicine fingolimod and the cancer medicine bevacizumab are used in COVID-19 patients with acute lung problems. Roche's antibody tocilizumab, which is commonly used to treat rheumatoid arthritis and other forms of arthritis, is also being tested for its effectiveness in combating lung damage caused by the SARS CoV-2 agent.

A German consortium led by the German Primate Center in Göttingen is also planning clinical trials with camostat mesilate. This active ingredient, which is approved in Japan for the treatment of pancreatitis, inhibits an enzyme in lung cells that is essential for the penetration of the SARS CoV-2 virus.

To gain clarity about the suitability of existing drugs as quickly as possible, the European Medicines Agency (EMA)  has therefore appealed to companies and research institutions to conduct multinational, coordinated patient studies for their drugs — if possible, jointly.

The World Health Organization (WHO) has also recently announced a large-scale study. In this study, called the "SOLIDARITY" trial, four drugs are to be tested in several countries for their efficacy against the new coronavirus.

Despite mostly being in competition, numerous leading pharmaceutical companies have joined forces to develop new therapeutic drugs (as well as vaccines and diagnostics) against COVID-19. As a first step, they intend to make available their proprietary collections of molecules for which some data on safety and mode of action are already available. For molecules that are considered promising, animal experiments will then begin within two months.