Coronavirus: Can Germany′s infection protection law be compared to the Nazis′ ′Enabling Act?′  | Germany | News and in-depth reporting from Berlin and beyond | DW | 18.11.2020

Coronavirus: Can Germany's infection protection law be compared to the Nazis' 'Enabling Act?'

Anti-lockdown protesters have compared the Infection Protection Law, proposed by Angela Merkel's government, to the law that paved the way for Adolf Hitler's dictatorship in 1933. But the two laws are hardly comparable. 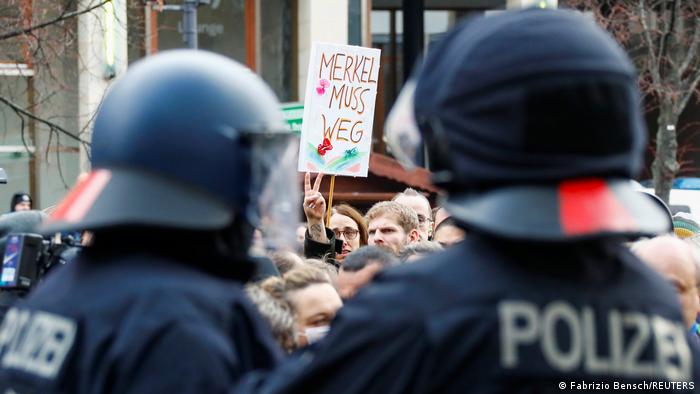 "It is a very unusual day", said Social Democrat MP Helge Lindh as he approached the German Bundestag by foot Wednesday morning. He was referring to crowds of protesters gathering outside the parliament building.

Their goal was to stop the new infection protection law, intended to make it easier for the government to swiftly introduce lockdown measures in the fight against the coronavirus pandemic.

Several hundred demonstrators defied bans to protest outside the parliament buildings and in the surrounding government district. Some protesters even tried to block access to the building, before the protests were dissolved by police.

"It must be possible to demonstrate and to criticize," Lindh told DW by telephone. "But tolerance can not go so far to accept that the infection protection law is being equated with the beginning of the Nazi dictatorship, with the Enabling Act of 1933."

Some protesters, as well as the far-right Alternative for Germany (AfD), have repeatedly drawn this analogy. They claim the new law will give the government dictatorial powers, drawing a parallel to events in 1933. "This is blindness towards the lessons of history," said Lindh. "And it is a complete trivialization of National Socialism."

On March 23, 1933, Adolf Hitler placed before the parliament a "Law to Remedy the Distress of People and the Reich" — the law that came to be known as the "Enabling Act."

The law passed through both chambers of parliament and gave Hitler and his National Socialist party absolute power over the German state.

"Parliamentarism was dead after that," Andreas Wirsching, director of the Institute of Contemporary History in Munich, told DW. "It was the self-abolition of parliament. And most members of parliament realized this when they voted for the law."

Almost 100 communist members of parliament had already been imprisoned, were in hiding, or had fled the country when the Reichstag convened to pass the "Enabling Act." Nazi paramilitary storm troopers were positioned at the parliament's entrance, putting pressure on the remaining members of parliament.

To compare today's Infection Protection Law to the legislation pushed through back then is "purely demagogical," Wirsching said. "The 'Enabling Act' had one goal: dictatorship. That's why the analogy is nonsense."

Yet, today's Infection Protection Law does indeed transfer some legislative power from the parliament to the executive, the government. Up to now, the German government has mainly relied on decrees to tackle the coronavirus crisis — a practice that has been criticized by parliamentarians from all parties and deemed unconstitutional by some.

The infection protection law will now create a legal basis for the government to restrict some fundamental rights enshrined in the German constitution in its attempt to fight the pandemic.

This is not a trivial affair, Wirsching admitted.

In fact, a comparison to the Weimar Republic, Germany's first democracy that lasted from 1919 to 1933, could be drawn, Wirsching believes.

In 1923, he points out, Germany was facing a currency crisis, hyperinflation with severe economic and social repercussions. The Reichstag then passed an "Enabling Law," making it possible for the government to take financial, economic, and social measures it considered necessary.

The intention was to restore stability and safeguard democracy. "But many researchers today are critical of this 1923 'Enabling Law,' because the Reichstag handed overall responsibility," Wirsching said. And 10 years later, it became a precedent for the "Enabling Act" the Nazis pushed through. 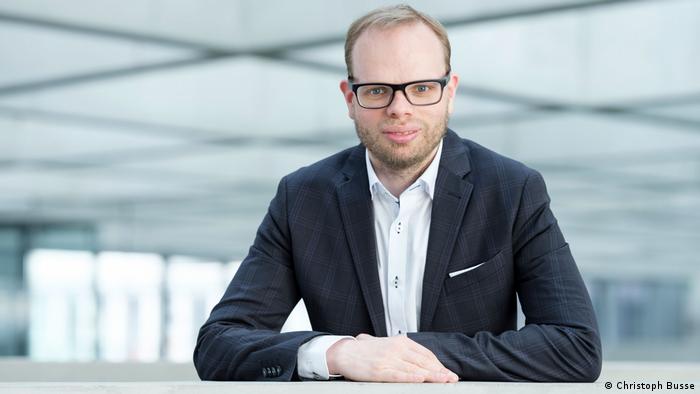 In 1933, the Social Democrats were the only parliamentarians left in parliament to vote against the "Enabling Act." Some of them were then persecuted or arrested.

"That is why, as a Social Democrat, it is particularly bitter for me to hear a comparison to this time today," says parliamentarian Lindh.

Lindh reached the Bundestag through a tunnel on Wednesday. He said he is still hopeful that dialogue with those protesting lockdown measures outside of parliament would be possible.

He pointed out that, contrary to the protesters' conviction, the new law clearly limits the government's powers in fighting the pandemic: All government decrees can only be temporary measures and expire after four weeks.

But the movement against lockdown measures seems to be growing steadily. According to a survey by the Allensbach polling firm, the percentage of Germans critical of the government's anti-coronavirus policies has risen from 15 to 28 % over the last three months.