A well-known chef in Düsseldorf has faced a major backlash over how he announced his restaurant was reopening due to relaxed coronavirus restrictions. The chef's attempt to backtrack did not go down well either. 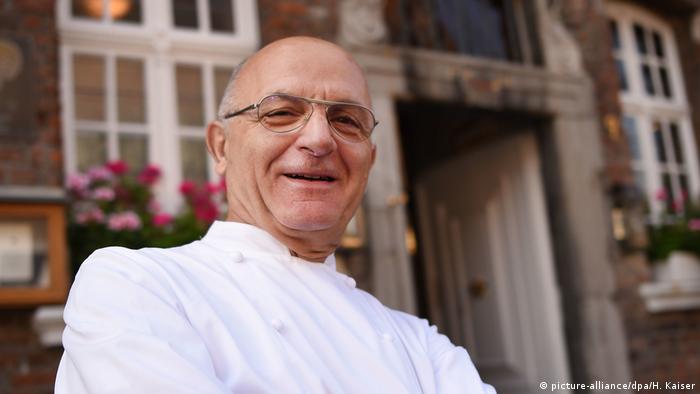 Like many restaurants in Germany, Im Schiffchen, a restaurant a block away from the Rhine River in Düsseldorf, was allowed to reopen as part of the government's relaxation on coronavirus restrictions.

But in announcing the eatery was once again open for business, the restaurant's French star cook, Jean-Claude Bourgueil, courted controversy with a post on his Facebook page.

"We start on Friday, but only with our bistro. No Chinese wanted!!!" the 73-year-old chef wrote on his personal Facebook page on Wednesday.

Screenshots of Bourgueil's post quickly made the rounds on social media, with several users voicing their dismay over the remark.

"Im Schiffchen should be ashamed," one post read. "What Jean Claude Bourgueil said is just sickening. A wimp and liar."

Asians in Germany, as well as other places, have recently faced discrimination due to the spread of the coronavirus, which first struck the population of Wuhan, China.

Bourgueil attempted to explain his post on Im Schiffchen's official Facebook page, admitting he made a "thoughtless statement" that he "formulated completely wrong." He said the remark was not in reference to the Chinese population, but rather the "dictators" and "strongmen" in China.

"I am a child of the French revolution and detest all dictators in this world. Dictators that oppress their citizens and punish people with death," his statement read.

"People of nine different nationalities work at our restaurant. My wife is Asian and I myself am a foreigner in this land," it continued. "Rest assured, I can be accused of many things, but certainly not racism and I do not tolerate it."

The statement received more than 500 comments within a 24-hour span. As of Thursday evening, the Im Schiffchen Facebook page could not be accessed.

Born in central France, Bourgueil moved to Düsseldorf from Spain in 1970 and took over Im Schiffchen in 1977. He is a two-timed published author and in 2004 received a French Order of the Legion of Honor for serving as a "culinary ambassador of France to Germany."