Asian-Americans have been feeling as if the new coronavirus has put a target on their back — and not just since President Donald Trump dubbed it the "Chinese Virus." An online community in Seattle is offering support. 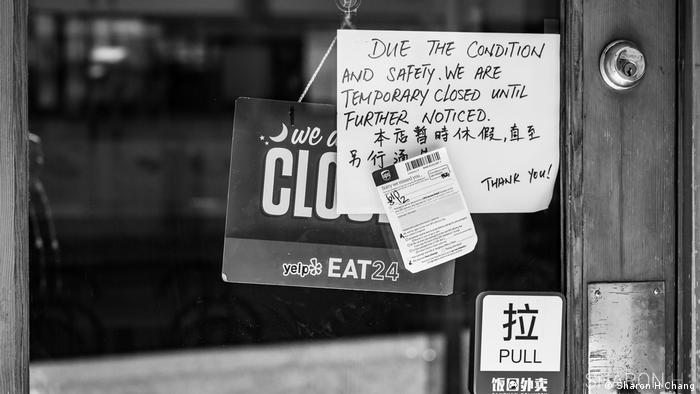 Sarah Baker and Bill Tashima are both third-generation Americans with Japanese grandparents. Both live in Seattle in the northwestern state of Washington and have been witnessing the city turning into one of the hotspots of coronavirus cases in the country. So far, more than 90 people have died, with more than 1,750 infected.

The two are on the board of the Japanese American Citizens League (JACL), the nation's oldest and largest Asian-American civil rights organization.

Read more:  Where did coronavirus come from? How long does it last? Your questions answered

Aside from their work for the JACL's Seattle chapter, they decided to start a Facebook group in their own time to help Asian-Americans cope with the effects the coronavirus has had on their lives and businesses. The online community has gathered more than 11,000 members in only 12 days.

DW asked them about what led to the group's creation and what it has attained so far.

DW: What have you noticed about people's reaction to the coronavirus, and what made you start a Facebook group?

Bill Tashima: There's a lot of latent or not-so-latent xenophobia in the United States. And anything that has to do with a recognizable race sometimes is just taken in a different vein. So, for example, had this virus started in England, I think the reaction toward individuals of that ethnicity would have been different.

When the new coronavirus first surfaced and news about it was coming out of Wuhan in China, the initial reaction in Seattle, we noted, was that a lot of people were just basically avoiding Chinatown. And in Seattle, we have a Chinatown-International District, or (C)ID, meaning that it's not just Chinese people, but a lot of Vietnamese, a lot of Filipinos. There's the former Japantown, too.

Chinatown and the ID are made up of small family businesses, and they depend on people going to them for their livelihood. And Sarah started publishing a whole bunch of Facebook posts about how sad it was and how empty some of the places were. Some other folks jumped in. Naomi Ishisaka from the Seattle Times newspaper also wrote some Facebook posts. 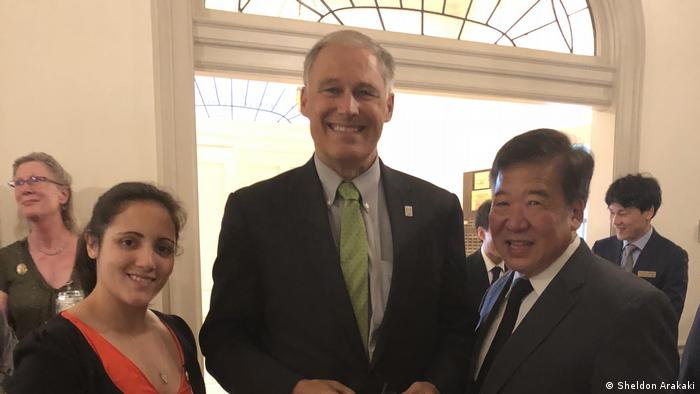 I thought, "I can do my part, too." I live about 35 miles (56 kilometers) from Seattle. I went to the ID to a restaurant that's normally really busy. And I was the only person there. I thought, "We can't let this happen. We need to support our community." And so I started this Facebook group. At that time, it was called "Support the ID - Beat The Hype."

We all felt that it was still safe to go in small groups to dine in at the restaurants and use the businesses there. And if not, we could also devise other methods. Let's just take out, buy gift cards or have food delivered. So we started this Facebook group. I initially sent out an invitation to friends. Within hours we had about 400 members.  Right now we are averaging about a thousand new members each day. We now have over 11,000 members. And this was started about 12 days ago.

What's so beautiful about this is that it is based on individual posts of people who are concerned and have started telling stories about the restaurants and businesses and the ID, making it very personal. Posting beautiful pictures, of the food, of the people, making people really want to go there.

Has the platform changed anything?

We did note an upsurge in business and felt very satisfied. And we also widened the scope to include any small businesses and family restaurants in other people's local areas, because it got to the point that it was hurting everybody in our Seattle area.

Sarah Baker: As things progress on a daily basis with the coronavirus, we have to stay on our toes because we don't want people to put themselves or others in danger. So it went from "Go out and support local restaurants!" to "Stay in and support local restaurants!" We decided to change the name to "Support the ID — Community United." The coronavirus is definitely not hype. When we initially decided to call it "Beat the Hype," it was more along the lines of beating the hype of racism. It's really about communities coming together across the city of Seattle.

How have your interactions changed since the coronavirus outbreak in Wuhan? There must be plenty of people who can't tell Japanese and Chinese apart and see a threat in Asians in general.

Tashima: There's no differentiation from a lot of people about any Asian group, because it's all classed together, whether you're a Japanese, Korean or even Vietnamese or Filipino. And there's no differentiation between people from those countries versus people that were born here and have been here for generations. I think the reaction toward a group would have been a lot different had it been from a less identifiable group.

We're fortunate now that we haven't had any physical reaction against the group. But as we go into this containment strategy more and people become more isolated and fear can fester, I worry about potential physical violence. I think as Asian-Americans we do feel that suspicion from folks all the time. I go shopping on rare occasions. I do my social distancing and everything. But I notice the extra social distancing that people are giving me.

Baker: Overarchingly, this speaks to a lot of systemic problems that we have had and that this issue is just bringing to the forefront. We were just discussing everyone generalizing Asians as one group of people. When you disaggregate that data and you look at these different communities, they're widely different. The fact that this is happening right now is telling how the world actually is, even though folks try and hide it.

I haven't personally experienced anything. But I definitely have heard stories of folks that have been discriminated against. In Seattle, everything that I've been seeing has been more microaggressions as opposed to outright aggression. But there are reports of other places within the United States and the world where people are being attacked, so that's definitely a fear.

Tashima: There was a really troubling post on our Facebook group to the effect of: If you feel paranoid and threatened by the looks that you get every time you enter a store or interact in society, just remember that this is what people of color across the nation have been facing every day for a long time. And Asian-Americans are experiencing it now.

Baker: Also, for Japanese-Americans specifically, this is definitely a reminder of what happened during World War II during the incarceration period, when people were openly hostile to Japanese, Asians and Asian-Americans just because of how they looked. And seeing that now is sad.

What impact can an online group like yours have during these times?

Tashima: I think, if anything, our group has provided a platform for people to become empowered in their own way. There is so much unknown right now, so much fear. And at the same time, everybody still retains that concern for other people and is always trying to figure out: What can we do? How can we help?  So I think that the success of this group has been from all the individuals posting what they're doing and how they can help and giving suggestions and creative ideas on how to help people. Sarah and I are overjoyed with this and heartened by the community response. So we owe a lot to everybody out there.

The Democratic presidential front-runner will stream briefings due to the president's handling of the COVID-19 pandemic. The move follows multiple misleading statements by Trump, who until recently downplayed the threat. (22.03.2020)

President Donald Trump told Americans that a malaria drug would be made ''available almost immediately'' to treat COVID-19. But his top infectious disease expert said there was no evidence the medicine would help. (21.03.2020)