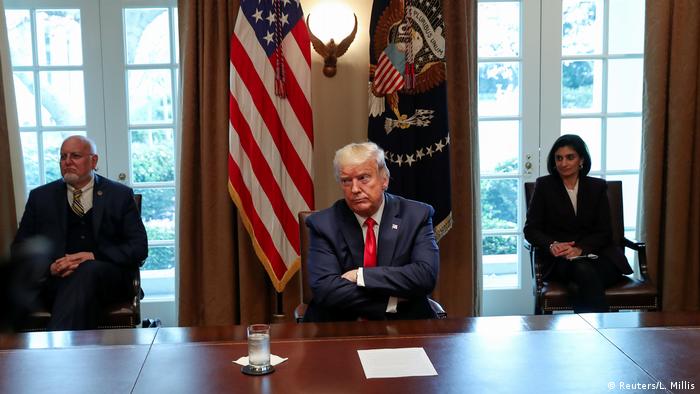 As a growing number of US states impose lockdown orders to prevent the spread of coronavirus, President Donald Trump suggested on Friday that a malaria drug might help prevent COVID-19.

But the president's assumption was instantly rebuked by the government's top infectious disease expert, Dr. Anthony Fauci, in a rare televised spar between the two.

The exchange took place during Trump's daily briefing on the coronavirus crisis. It comes at a time when he has been criticized for his handling of the epidemic and as congress works to deliver a relief package to those suffering under the economic consequences of the outbreak. 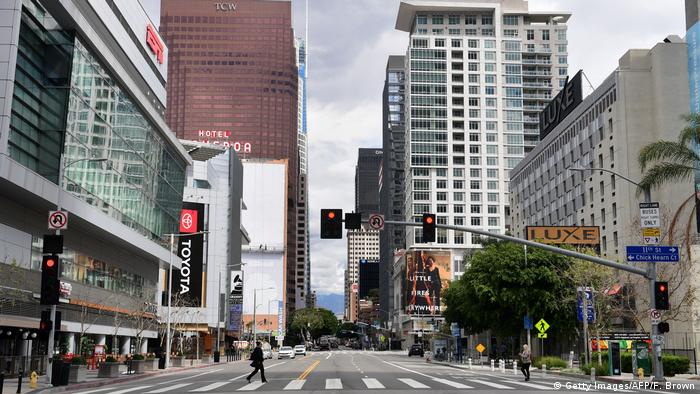 He has gained notoriety as the leading government scientist on the issue and his public pronouncements have been a counterweight to Trump's more upbeat attitude to the crisis.

Read more: How to make sense of the numbers and terminology

Several weeks ago, Fauci warned that a coronavirus vaccine could take a year to 18 months, at the same time that Trump told a political rally that it could be ready "relatively soon." 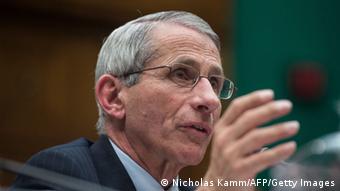 Fauci has worked under several US presidents of both parties

As Trump administration officials assured the public that coronavirus tests were rapidly becoming available, Fauci told a congressional hearing that the lack of widespread testing was ''a failing'' of the system.

'The answer is no'

Trump said during the press conference that the malaria drug hydroxychloroquine was a ''very powerful drug'' that had ''shown very, very encouraging early results,'' adding that he would seek to make the drug ''available almost immediately.''

Reporters then questioned Fauci as to whether the drug had been proven to work to treat coronavirus. ''No,'' Fauci said. ''The answer is no.''

''The information that you're referring to specifically is anecdotal,'' he added. ''It was not done in a controlled clinical trial, so you really can't make any definitive statement about it.''

But Trump took to the podium and disagreed with the notion that hydroxychloroquine might not be effective.

''I think without seeing too much, I'm probably more of a fan of that,'' Trump said, referring to the malaria drug

Meanwhile, Congress and the White House engaged on high-stakes negotiations on Friday, over a $1 trillion (€929 billion) economic rescue package to shore up households and the US economy.

If passed, it could be the most ambitious federal relief program, surpassing even the 2008-09 bank bailout and economic stimulus packages.

Democratic Speaker of the House Nancy Pelosi and Senate Minority Leader Chuck Schumer have engaged in negotiations with Mnuchin on the Democratic side, which has argued that the Republican plan is insufficient. Democrats are pushing for greater worker income support and to shore up the US healthcare industry.

A vote is expected on Monday but could come as early as Sunday.