Visitors from France faced harassment in the German border town of Gersheim for fear of infections, according to the local mayor. German Foreign Minister Heiko Maas slammed the incidents as "unacceptable." 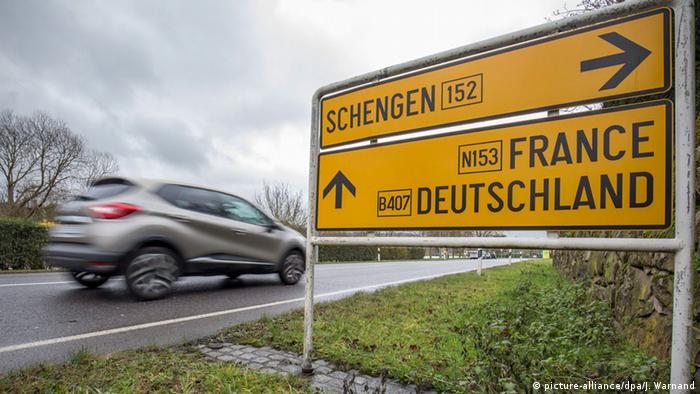 "Corona knows no nationality," German Foreign Minister Heiko Maas said on Saturday, responding to reports that French nationals were "insulted or confronted" on German soil, allegedly over fears that they were spreading the new virus. The diplomat said it was painful to see such incidents.

"This kind of behavior is totally unacceptable," Maas said on Twitter. "Besides, we are in the same boat."

The reports of French people being harassed in Germany were first brought to public attention by Michael Clivot, the mayor of the German border town of Gersheim.

In a video address to Gersheim residents some two weeks ago, Clivot noted there was an "animosity" towards visitors from across the border. While some regions in France were declared infection hotspots, this did not apply to the neighboring French towns, Clivot added.

However, after German authorities partially closed the border to prevent the spread of the contagion, people crossing the border have faced maltreatment in Gersheim, according to the mayor.

"Some of them had people swearing at them, others were held up on the street," he said.

French told to 'go back' to coronavirus country

In a follow-up interview published by T-online website on Friday, Clivot, whose family is also of French origin, said he had heard accounts of visitors being spat on while walking or insulted while in the checkout line.

Others were told to "go back to your corona-country."

"Some French no longer dare to come here," Clivot said.

Earlier this week, Saarland economy minister Anke Rehlinger said that she "heard" that French people have been insulted and had "eggs thrown at them."

"I apologize to our French friends for these isolated incidents," she said in a tweet later quoted by Maas.

Germany and France have seen similar numbers of the total number of confirmed COVID-19 infections, with France at 130,727 cases to Germany's 123,878 as of late Saturday. However, Germany has seen a much lower death rate than other heavily hit countries, registering 2,736 deaths to 13,851 lives lost in France, according to Johns Hopkins University.