The Nazi past of relatives could and can be a taboo subject in some German families. But a number of descendants of Nazi criminals want to find out more in a quest to come to terms with themselves. 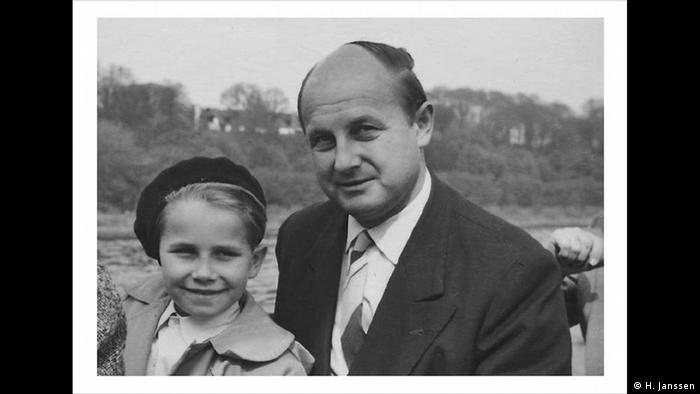 Hartmut Janssen was scared to tell his daughters the truth. But one day in 2014, he bought them tickets to go and see Labyrinth of Lies, a film about the Auschwitz trials that took place in Frankfurt in the 1960s.

During a discussion with them about the film, he told them that he was the son of an SS perpetrator. Even today, his voice fails him when he remembers that moment: He was very scared that his daughters would reject him. But instead, they hugged him and reassured him that he was not to blame for his father's Nazi past.

His father's past life had always haunted him, however. Gradually finding out more about it shook him to the core and had a permanent impact on how he viewed himself.

On October 22, 1964, the second Auschwitz trial took place in Frankfurt. On the witness bench was Janssen's father, Kurt May, a 54-year-old accountant who had been an SS Sturmbannführer.

Between 1940 and 1942, May was the head of the W IV department of the SS Main Economic and Administrative Office, responsible for the SS companies that exploited slave laborers from concentration camps.

Janssen listened to the recordings from the trial over and over again, to his father's voice.

- The tormentor of the Krakow ghetto: The secret life of Horst Pilarzik

- 'Daddy was a man of honor,' daughter of Nazi SS officer insists 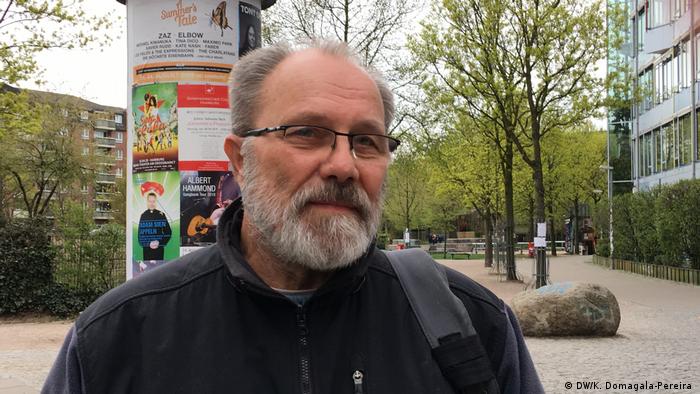 Hartmut Janssen: 'I am the son of an SS war criminal'

'I knew Hitler was no good'

He was 16 when his father testified in court. His parents were not married. Janssen had met his father a few times but lived with his mother in Hamburg. His father lived in southern Germany with his wife and two daughters, whom he did not want to leave for his former lover and his son.

Janssen recalls a few meetings with his father, one of which ended with a car journey during which his father boasted that he was with Hitler when German troops marched into Austria and that he had cheered with the other officers.

"I didn't know what to think, but I knew that Hitler was no good," Janssen says. He was 13 at the time.

He wrote a letter to his father, in whom he was increasingly disappointed, asking him for explanations. He wanted to know what his father had done in the Nazi era and threatened to break off contact with him.

He never heard from his father again and did not go to his funeral in 1978.

Read more: Albert Speer and the myth of 'the good Nazi'

His mother didn't tell him anything about May's past, either. It was only after her death that he really started conducting his own research.

He was already 65 when he took part in a seminar for people who had a Nazi perpetrator in their family. Then he participated in a similar workshop at the Neuengamme Concentration Camp Memorial.

Such seminars are rare in Germany. In Neuengamme, they have been taking place for 10 years, drawing about 20 participants each time. "More and more, it's now the grandchildren of the perpetrators who come," says Oliver von Wrochem, the head of the Neuengamme Memorial, explaining that this generation is breaking the silence that the parents could not deal with. He says that the subject remains taboo for many German families. "They know relatively little about the role of close relatives during the Nazi era," he says.

In the seminars, historians and archivists explain to the participants how they can find out information about where their relatives were posted and what they did or how to interpret insignia on a uniform.

Participants can also share their innermost feelings, their shame, their doubts, their fears. "All these conversations gave me courage. I no longer felt alone," says Janssen. "But I needed frequent breaks to protect myself." 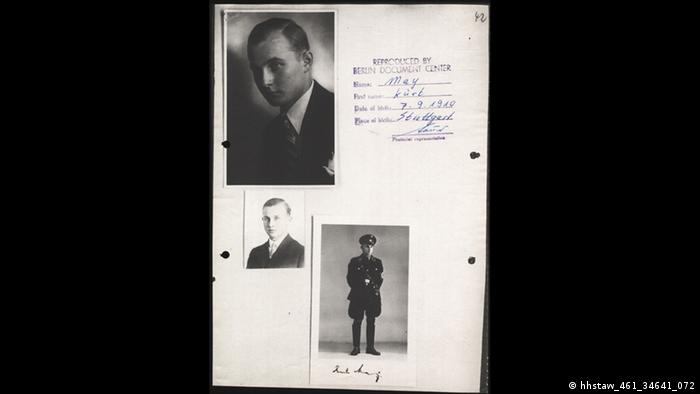 Participants in the Neuengamme workshops often have to deal with conflicts of loyalty, too. "Many are seen as bringing shame on the family," says the Hamburg-based therapist Karin Heddinga, who helps to run the seminars. "They often feel lonely in their quest. Some families break off contact with them."

And the things they find out leave a mark on them. Some even report experiencing health problems.

"They don't know what to expect when they begin," says Heddinga, adding that many of them start doubting themselves when they gradually notice support from their families dropping away. "It's a difficult time and everyone has a different way of dealing with it. But each one of them needs a strong emotional objectivity."

Warning for the future

Eventually, with much effort, Janssen was able to piece much of the puzzle together again, enough to confirm that his father had actively supported the Nazi death machine. May had been responsible for exploiting slave laborers from concentration camps, for the "Aryanization" of Jewish companies in Czechoslovakia and for setting up and running SS companies. He also ultimately supported the crimes committed in the concentration camps, a complicity in murder for which he never atoned.

Hartmut Janssen and his co-participants in the seminars are not concerned just with the issue of guilt and atonement but also want to understand the past and draw lessons from it. They are worried about the rise of populism and anti-Semitism today. "It's important to talk about the past openly and to warn about the future," says Janssen.

The Yugoslav author was a concentration camp prisoner and interpreter for President Tito. His tool for dealing with the past — writing. Ivanji told DW about a life that straddled some of Europe's most seismic events. (07.06.2018)