The tormentor of the Krakow ghetto: The secret life of Horst Pilarzik | Europe| News and current affairs from around the continent | DW | 28.02.2020 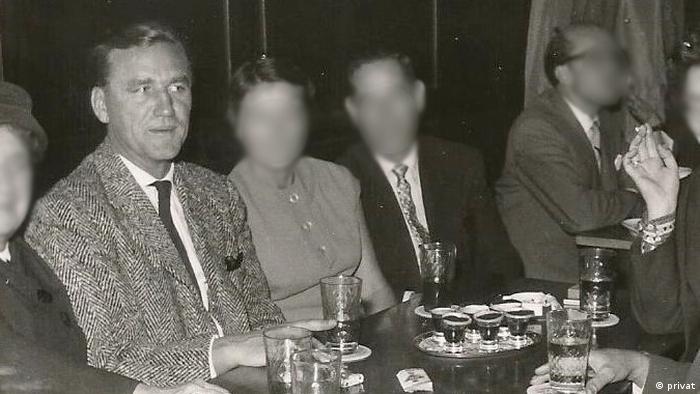 A sporty Mercedes with a handsome man at the wheel pulls up at the sidewalk. Nearby, a young man is waiting. The driver signals to him to get in, and they speed off. It's the late 1950s; the Mercedes races down the wide streets of a freshly reconstructed Frankfurt am Main. In the city center, the tall buildings herald a new dawn. Shoppers are busy indulging their lust for consumption in the crowded pedestrian zones. These are the years of the German economic miracle.

The driver of the car is Horst Burkhart, a hotel manager, aged about 40. The young passenger is his nephew, Jochen, who is probably suitably impressed. Horst is rich; he surrounds himself with attractive women, takes them out on yachting trips. Jochen and Horst get along well; they often meet in Frankfurt in the evening and go to a bar. Horst likes a drink.

Many years later, Jochen is reluctant to talk about these meetings. His daughter Christiane encourages him, but he pleads forgetfulness. "Oh, Chrissie, that was so long ago," he says. He seems, in his old age, to have completely repressed his memories of Horst. Whenever Christiane asks him if he knows that Horst sent hundreds, if not thousands, of Jews to Auschwitz, he always responds automatically: "Really? That's terrible," sounding surprised every time.

"The name Horst had been buzzing around me ever since I was a child. The way people talked about him was so strange. There was something not right there," recalls Christiane Falge, Jochen's daughter. Born in 1970, she was the one who decided to oppose her family and bring the story of Horst Burkhart to light. She herself never met him; he died five years before she was born.

"The whole family knew that Burkhart wasn't his real name. They played along with this game of hide-and-seek. We were always told that we must never reveal that his name was Horst Pilarzik; we weren't allowed to say that he was part of our family," she remembers. 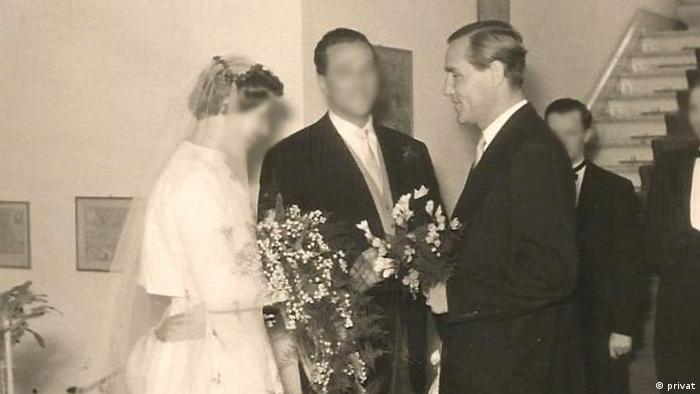 The terror of the ghetto

After the deportations from the Krakow Ghetto in October 1942, the German occupying forces set up a labor camp on the site of two Jewish cemeteries in Krakow's Plaszow district. A young SS-Unterscharführer, Horst Pilarzik, was appointed camp commander. The junior officer had previously been a member of the elite SS unit "Leibstandarte Adolf Hitler." In Plaszow, he supervised a group of about 200 workers who left the ghetto each day to remove gravestones and build the camp barracks.

Mieczyslaw Pemper, a member of the Judenrat — the Jewish council appointed by the Germans — was a prisoner in the Plaszow camp. He remembers a man the whole ghetto feared. Pilarzik was said to have shot dead a group of Jews as they returned to the ghetto after work. According to Pemper's official report at the time, Pilarzik's justification for this was that he had only recently graduated from the SS training school and it was the first time in his life he had seen so many Jews. Testifying after the war about German criminals in Krakow, Pemper remarked that there was "nothing good to be said about Pilarzik."

Pilarzik was only in charge of the camp for a few weeks. At the beginning of 1943 he was replaced by SS-Oberscharführer Franz Josef Müller. He remained in Krakow, however, and on March 13 and 14, 1943 he took part in the liquidation of the ghetto. 2,000 people died, and 1,500 were sent to Auschwitz.

A coat from Plaszow

These days, Christiane Falge is a university professor. She remembers hearing about clothes Horst distributed to relatives in Gliwice during the war. "He brought children's clothes and shoes as gifts for my young father, who wore them. Good quality children's boots, good warm coats," she says. She suspects they belonged to prisoners in Plaszow or Auschwitz. How else would a Krakow SS man have got hold of such clothes at that time?

In mid-1943, Horst Pilarzik was made adjutant to the third camp commandant, SS-Hauptsturmführer Amon Göth. Shortly afterwards he was transferred to Riga, possibly because of his excessive alcohol consumption.

Pemper describes hearing the drunken Pilarzik shouting in a Krakow casino: "Can't you find a chair for a holder of the Knight's Cross?" He was given a chair, but when it turned out that Pilarzik had no such a medal, he was moved away from Krakow. Another story suggests he was found drunk and asleep in the street.

Within the family, it was known that Horst had problems with alcohol, was aggressive, and had a lot of affairs with women, says Christiane Falge. "His life after the war was a life on the run. He drank, he beat up women, moved frequently from town to town. He was clearly afraid that the truth about his past would eventually come to light," Falge says.

As Horst Burkhart, Pilarzik lived in Berlin, Munich, Frankfurt and the Ruhr district. Although he wasn't an educated man, he found well-paid work in hotels. He had a sports car; he sailed yachts and rode horses. Beautiful women found him attractive.

But his past always threatened to catch up with him. Christiane's mother remembers a visit from two men in the 1960s, looking for Pilarzik. Was it the police? Were they Israeli agents? He was wanted by institutions that hunted war criminals. His case was also taken up by the District Commission for the Investigation of Nazi Crimes in Krakow — without success. Then, in 1965, Pilarzik died unexpectedly. 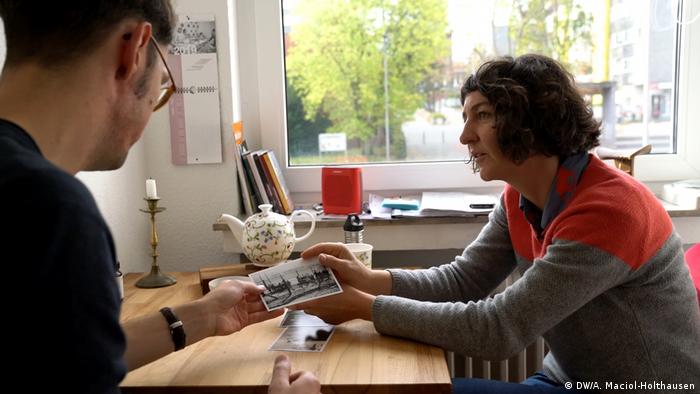 Christiane Falge researched her family past

Without Falge's determination, Pilarzik's post-war life would probably have remained a secret. In 2018, she contacted the Krakow Museum and told the story of her relative. She wants the world to know about his crimes. "It's important to expose the perpetrators, like the camp commanders, and remind people of their guilt," she says.

Falge admits that it took time for her to deal with the Nazi chapter of her family history. "I don't think it's good to hide these crimes," she says. "I'm doing what I can to expose this story and bring it to light, and I feel better for it. The bad feelings that my family kept silent about Horst the mass murderer don't weigh on me as heavily as they did."

Falge's research focuses on the issue of diversity. She is involved in initiatives to counter discrimination and racism. She says she wants to raise her children with values like tolerance and humanism, so that Nazi ideology and others like it never return.

"In our house, we have visitors from all over the world. It's normal for our children that not everyone is German, and not everyone speaks German. They know that diversity is enriching," she says. She thinks for a moment. "This is probably the positive thing that's come out of this story."

This article is part of the Guilt without atonement series by DW's Polish desk in cooperation with Interia and Wirtualna Polska.