A German town and Josef Mengele, Auschwitz ′angel of death′ | Germany | News and in-depth reporting from Berlin and beyond | DW | 22.01.2020 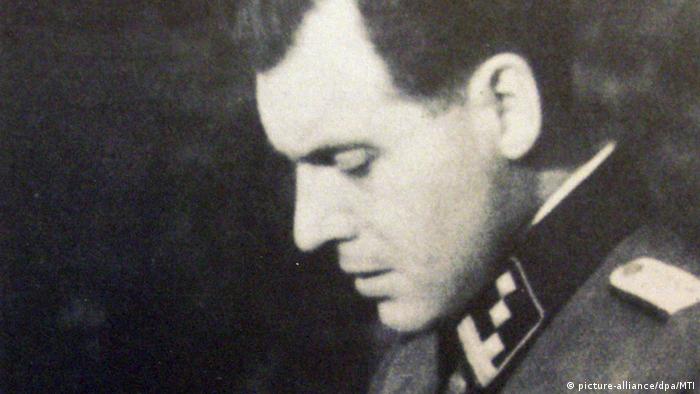 Lidia Maksymowicz was 3 years old when she and her family arrived at the Auschwitz-Birkenau concentration camp in December 1943, deported by Nazi Germany from the Minsk area in Belarus. It was late at night. The ramp was brightly lit. SS troops were shouting. Guard dogs were barking. Families were violently torn apart. Lidia was separated from her mother and sent to the children's barracks, a wooden building with long rows of bunks. The facilities teemed with vermin, there was hay instead of mattresses, and the blankets were stiff with grime. The children suffered from hunger and cold. And they feared visits by the doctor Josef Mengele.

"I can't remember his face, just his polished boots," Maksymowicz said. "When I heard his footsteps, I crawled under the pallet, ducked and closed my eyes. I thought he would not find me."

Mengele — the eldest son of Karl and Walburga Mengele, who ran a farm machinery company in the town of Günzburg in the southern German state of Bavaria — studied medicine and anthropology. After receiving two doctorates, he turned to research at the Institute for Hereditary Biology and Racial Hygiene in Frankfurt.

In the summer of 1940, the 29-year-old Mengele joined the Waffen-SS, the Nazi party's military branch. By 1943, he held the rank of Sturmbannführer, the equivalent of a major, and was transferred to Auschwitz, where he worked as camp doctor. He was active in the selection process at the ramp — and particularly interested in children, especially twins and dwarfs.

Mengele tested whether injecting dyes could change the color of a person's eyes. He would operate on children without anesthetics, infect twins with tuberculosis and spotted fever. Many children died during these experiments; others were deliberately killed. The prisoners called Mengele the "angel of death."

Lidia did not manage to hide from Mengele. He tested vaccines on the girl. After countless injections, she was more dead than alive. One day Lidia's mother sneaked into the children's barracks to bring her daughter food and found her lying unconscious with a high fever.

Zdenek Zofka, a historian from Günzburg who published a book about the town during the Nazi era, writes that Mengele was neither a sadist nor a fanatic. Zofka believes that the doctor was motivated by a "boundless cynicism" that allowed him to see his victims not as human beings, but as "material that is already dead."

After the war, business was even better. Karl Mengele was elected city councilor and mayor, and, in 1952, with his son on the run to escape charges of committing atrocities on behalf of the Nazis, Karl Mengele was made a gold-medal citizen of the city. A street was named after him. After his death in 1959, his son Alois, one of Josef's younger brothers, took over the business. It has since gone broke. Officials believe Mengele is the third man from the right, enjoying his retirement in Brazil

In 2009, Alois Mengele's son, Dieter, created the Familie Dieter Mengele Sozialstiftung, a foundation that reports having donated over a quarter of a million euros to charitable causes. The modern Mengele family does not want to have anything to do with the past — not even with projects that commemorate his uncle's victims.

"Mengele," a woman said, answering the phone at the foundation. Asked if she would be willing to speak for an interview, she responded: "We are not interested in contacts with the media." She hung up.

Read more: Seventy-five years ago, the Nazis carried out the mass murder of Sinti and Roma people at Auschwitz

Günzburg made international headlines in February 1985, when a symbolic "tribunal" was held on Mengele at Israel's Yad Vashem, the World Holocaust Remembrance Center, with cameras recording survivors' stories of the atrocities committed by the doctor. The US government ordered a fresh investigation into Mengele's disappearance. The reward money offered by various governments, foundations and individuals for his capture totaled over $3 million. Reporters from all over the world flocked to Günzburg, which was nicknamed "Mengele Town." A headline in Britain's Daily Express newspaper called it "The Town Where Dr. Death Still Casts His Evil Shadow." 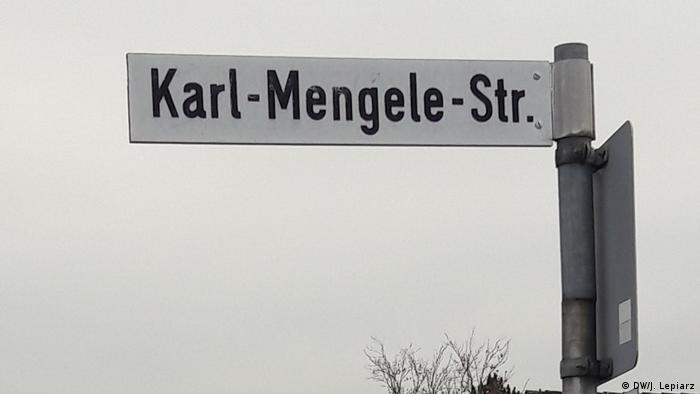 A street in Günzburg still bears the name of Josef Mengele's father, who, too, was a Nazi

But Mengele was already dead. Shortly before the Red Army reached Auschwitz in January 1945, Mengele fled to Germany and hid under a false name near Günzburg. He escaped the international manhunt and fled to South America with his family's financial support in 1949. Born in 1911, Mengele drowned off the coast of Brazil in 1979, just shy of 68 years old — a fact that his family kept secret. It wasn't until 1985 that his death became known.

"Günzburg was not a Nazi stronghold," former Mayor Rudolf Köppler said, calling it a place neither worse nor better than other German towns. Mengele "could have been born anywhere," said Köppler, who is 83. He opposes renaming the street that honors Mengele's father, arguing that that would hold all members of the family responsible for doctor's crimes — he considers that guilt by association. "like the Nazis did."

In 2005, Experimentelles Theater Günzburg staged a play titled Zündeln — oder Josef M. und Seinesgleichen (Playing With Fire — or Josef M. and His Cronies). "We denounce all doctors who carry out criminal human experiments," said Siegfried Steiger, a high school teacher and the founder of the ensemble. 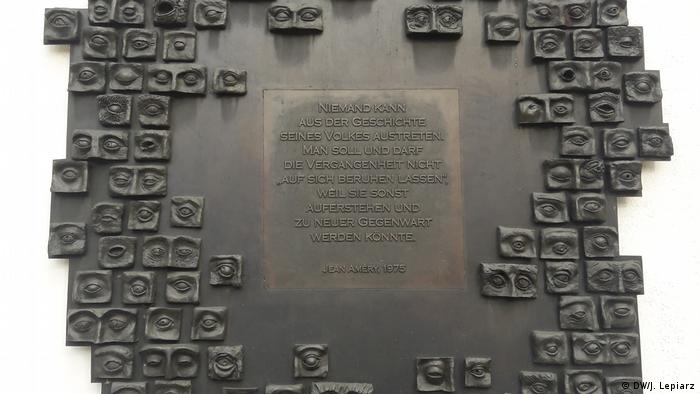 The monument to Mengele's victims in Günzburg

Another performance by the group a commemorated the Jewish Polish pediatrician Janusz Korczak, who wrote children's books and ran an orphanage before he was killed by the Nazis at the Treblinka extermination camp in 1942. A statue to honor the doctor and the children he cared for was erected in Günzburg in 2003.

Residents also installed a plaque to honor Mengele's victims in the courtyard of the historic Dossenbergerhaus, which today is an elementary school. The plaque was designed by the students, and the inscription quotes the Austrian philosopher Jean Amery, who fought in Belgium with the resistance and was interned in Auschwitz, Buchenwald and Bergen-Belsen: "No one can escape from the history of his people." The words are surrounded by dozens of pairs of eyes — a reference to Mengele's experiments.

Lidia Maksymowicz saw Auschwitz liberated by the Red Army on January 27, 1945. "One hundred and sixty children aged 2 to 16 years, were left in the barracks," she said. "I lived in Auschwitz the longest." In Auschwitz-Birkenau alone, 200,000 children were called. After the war, a Polish family adopted Lidia, whose mother was thought to be dead — a mistake, as it turned out: They were reunited years later. 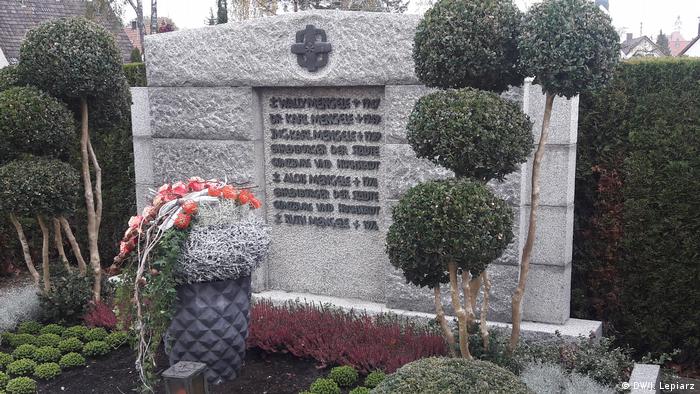 Maksymowicz became a chemist, married and ran a company. Her family life suffered from the trauma of her imprisonment at Auschwitz. "I was unable to love properly," said Maksymowicz, who is now 79. "I was not even able to love my child the way a mother should."

As a girl, she said, she would warn the children with whom she was playing not to "shout so loud — otherwise, the Germans will come."

From the "Guilt without atonement" series, a project of DW's Polish department, the Interia portal and the Wirtualna Polska media group. dw.com/zbrodniabezkary