He managed to survive Auschwitz by chance. The Italian Jewish chemist then went on to write invaluable autobiographical accounts of life in the Nazi concentration camps and of displaced people after World War II. 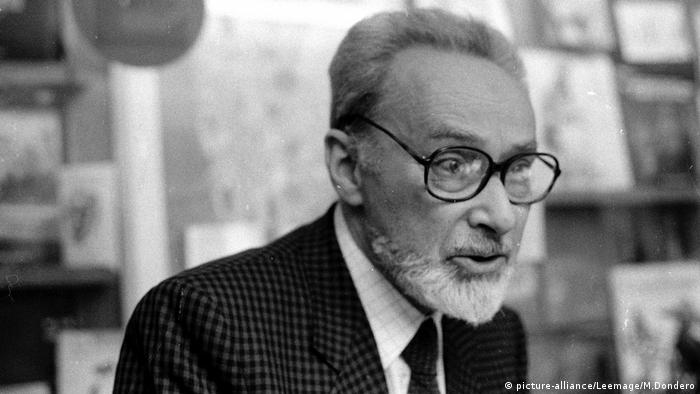 As the survivor of the most notorious Nazi concentration camp, Primo Levi feared that no one would believe what he'd seen, how people were humiliated and destroyed in Auschwitz. It was his worst nightmare.

He had survived thanks to chance and luck and wrote down his experiences immediately after returning home to Italy after World War II. It was one of the first literary testimonies to the abysmal inhumanity of the Holocaust. However, there was a problem: Nobody wanted to read about it. He had trouble finding a publishing house that would agree to print it. Eventually, his first memoir, If This Is a Man, was first released in just 1,400 copies.

Today, Levi's autobiographical book is regarded as one of the most important pieces of literature documenting Nazi atrocities. After initially rejecting the manuscript, the renowned Italian publisher Einaudi finally reprinted it in 1958; the German translation followed three years later. In the end, it took about 15 years after the end of the war for the literary world to recognize the unique value of Levi's lines.

Levi (1919-1987), who had studied chemistry and had a great passion for literature, combined in his memoirs the analytical perspective of a scientist with that of a literary aficionado. He described himself as becoming a "writer against his will" in order to remove the "burden of gruesome memories."

In If This Is a Man, later retitled Survival in Auschwitz: The Nazi Assault on Humanity in the US, he described what he had experienced during his 11-month stay in the concentration camp: cold, hunger, sleep deprivation, slave labor, severe physical suffering. The tone of his narration is cool and without commentary. Levi didn't add any of his own anecdotes. He refrained from expressing his feelings and instead took on the role of the researcher, which was familiar to him. He did not use his account to vent about the horror he felt — he left that to the reader. His restrained style distinguished him from other autobiographical authors writing about the Holocaust and made him sought-after. 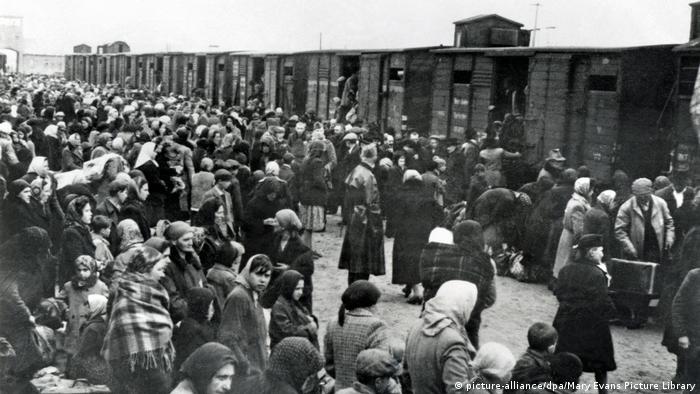 The resistance fighter sent to Auschwitz

Levi was born in Turin on July 31, 1919, to a liberal Jewish family. Shortly after he began studying chemistry, the fascist government of the time enacted a race law prohibiting Jewish citizens from studying at state universities.

Levi nevertheless succeeded in completing his studies in 1941, earning a doctorate and distinction — but also with the note that he was "of Jewish race." In 1943 he joined the resistance, La Resistenza Italiana, and fought in the northwest of Italy. After only a few weeks, he was arrested by the fascist militia.

"We froze and starved, we were the most defenseless partisans in Piedmont and probably the most naive," Levi wrote later in one of his books. For fear of being shot directly as a resistance fighter, he confessed his Jewish ancestry and was then deported to Auschwitz in February 1944.

The train transported 650 women, men and children. Only about 120 of them were admitted as prisoners, all others were murdered immediately in gas chambers. At the end of the war, Levi was one of few survivors from his train.

During his time at Auschwitz, he was forced to work as a chemist for the German chemical company IG Farben, which relied on slave labor from concentration camps. The work allowed him to stay indoors and survive the harsh winter. He nonetheless contracted scarlet fever and was transferred to the infirmary area.

Unexpectedly, Levi survived thanks to the illness, since he was left behind shortly before the liberation of Auschwitz and was not taken on the death marches. "The typical prisoner died in the course of a few weeks or months from exhaustion or from diseases caused by hunger and vitamin deficiency," he wrote in a letter at the end of the 1970s. "Every one of us survivors is a lucky beneficiary." 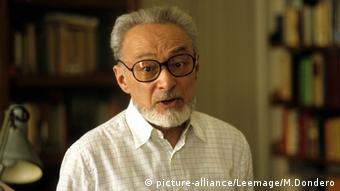 Primo Levi's report contributed to the investigations against the commander of the Auschwitz, Rudolf Höss, camp physician Josef Mengele, and Adolf Eichmann, the organizer of the "Final Solution"

Living as a survivor

It took almost nine months for Levi to return home to Turin after the Red Army liberated Auschwitz. He was sent all the way to Minsk. During his journey home, he saw Europe destroyed, which he described in his 1963 sequel to If This Is a Man, titled The Truce. The autobiography was made into a film in 1997 with John Turturro in the lead role. Although it is cheerful in part, it ends with nightmares about the concentration camp.

Back in Turin, Primo Levi worked as a chemist, made a name for himself in ceramic insulation technology and was promoted to managing director of his company. In his spare time, he pursued a second career as a writer, successfully trying his hand at composing narratives, novels and poems, sometimes under a pseudonym.

In 1975, he wrote The Periodic Table, a widely acclaimed volume of short stories. He dedicated each of the 21 autobiographical experiences to a chemical element whose properties were part of the narrative. The Imperial College of London voted it the "best popular science book of all time." Later, it was followed by a novel about Italian partisans in World War II, based on his experiences.

The 'shame' of the rescued

Half a year before his death, The Drowned and the Saved was published in 1986. Here, after 40 years, Levi returned to his formative Auschwitz experience and summarized the themes of his life as a survivor. He reflected vividly on remembering the "greatest crime in the history of mankind."

As in his previous works, it is clear how much he was burdened by the "shame" of surviving and living a happy life. "We, the survivors, are not the real witnesses. This is an uncomfortable insight that I slowly became aware of as I read the memoirs of others and re-read my own after a period of years. We survivors are not only a tiny minority, but also an anomalous minority; we are those who have not touched the deepest point of the abyss because of our neglect of duty, our dexterity, or our happiness. He who touched it could not return to report, or he became mute."

The book ends with a series of letters he had received from German readers of his first Auschwitz report in the 1960s. They document the repressed and divided sense of guilt of contemporary witnesses. 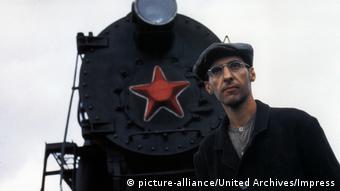 "The Truce," his memoir about his long journey home to Italy through war-ravaged Europe, was made into a film in 1997

The end of a nightmare

In the end, Levi's nightmare didn't become reality after all. Until his death in 1987 at the age of 67, he was regarded as a writer who fought passionately against fascism and National Socialism. His reports contributed to the investigations against the Auschwitz commander, Rudolf Höss, camp physician Josef Mengele, and Adolf Eichmann, the organizer of the "Final Solution." He regularly spoke with pupils and wrote articles for newspapers.

The German chemical company IG Farben also paid him compensation for the forced labor he performed in the concentration camp. The sum given to him amounted to approximately €60.

In her documentary "Who Will Write Our History," director Roberta Grossman pays homage to the Jewish creators of a secret archive in the Warsaw Ghetto. The film is to be released worldwide on Holocaust Remembrance Day. (25.01.2019)