It is imperative to keep the memory of the Holocaust alive, the International Auschwitz Committee's Christoph Heubner tells DW, because the danger that people will again be lured down a similar path is ever-present. 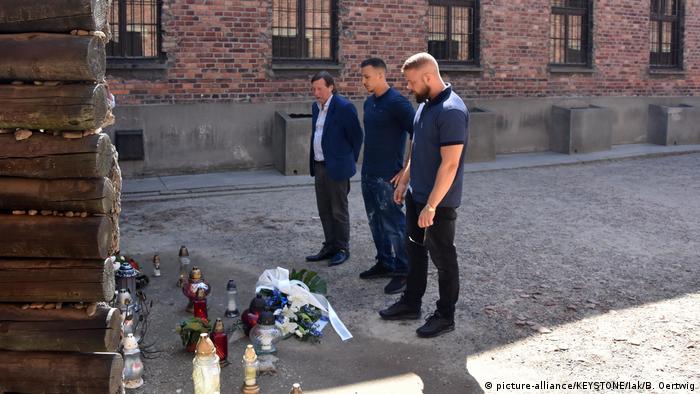 It was in the early 1970s that Christoph Heubner first visited the former concentration and extermination camp Auschwitz-Birkenau. There were many more Holocaust survivors alive then, and they had very specific instructions for the young man. "They said, 'We expect something of you now — that you get involved, contribute your emotions and your knowledge, so that our memory is not lost.'"

Ever since, Heubner has regarded this as his mission in life. Now 69, he is the vice-president of the International Auschwitz Committee. He has been working for decades to ensure that the stories of the survivors and victims of the Holocaust are passed on and continue to be told — because soon there won't be any survivors left to tell them.

Heubner helped to set up the International Youth Meeting Center in Auschwitz. In June last year, he took the German rappers Farid Bang and Kollegah on a private tour of the concentration camp Auschwitz I. The invitation was extended after the two men caused an uproar with song lyrics that casually referenced Auschwitz and the Holocaust.

Read more: The changing culture of Holocaust remembrance in Germany

Remembering the Holocaust: "We are always in danger"

The extermination camp was liberated by the Red Army 74 years ago today. Heubner told DW that it's vital we remember the Holocaust and remember Auschwitz — especially today, because we again find ourselves in danger of being lured down a similar path. "Hatred, populism, attacks on minorities: Auschwitz didn't start in Auschwitz, but in all the towns where people were ostracized and hounded — Jewish people in particular."

Today's world has grown sleepy, he says. "Many people these days seem to take democracy for granted. It's like a comfort blanket that gives them a sense of peace and tranquility." But that tranquility is deceptive, he warns: "Democracy is under attack."

Right-wing populists like the AfD politician Björn Höcke have a problem with Germany's culture of remembrance. Höcke has described the Holocaust Memorial in Berlin as a "monument of shame." For Heubner, it's comments like these that are the source of shame. "This is disgraceful talk; unpatriotic, stupid. The German people have just regained their dignity through remembrance."

Read more: Germany's historical obligation continues for all its residents

Heubner says that Germany's sincere and serious efforts to engage with the history of the Holocaust — which was initially denied and suppressed — are particularly appreciated by Auschwitz survivors. At the same time, he warns against "silent remembrance" of the Nazi era, which is what many in the AfD would like to see. Once again, he says, Auschwitz has become the focus of attempts to suppress history, and silence the culture of remembrance. 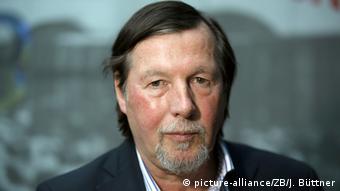 'Democracy is under attack,' warns Heubner

When Heubner takes school groups through the former concentration camp, he sees how emotional the visit is for the pupils. "They feel responsible — not for what happened, but for what is happening in their present, and how they must shape the future." In Heubner's view, it should be a matter of course for pupils to visit former concentration camps — but he rejects the suggestion that it should be made obligatory. Forty-one percent of German students aged 14 and older do not know that Auschwitz-Birkenau was a concentration and extermination camp, according to a recent Körber Foundation poll.

A seal of quality for German democracy

Despite attempts by those on the right of the political spectrum to push German remembrance culture into the background, Heubner is optimistic and full of fighting spirit when he looks ahead to the future. He points out that there are more Auschwitz memorial events taking place in Germany than there have been for a very long time. People understand that the culture of remembrance emerged from years of hard and painful work. "And we will not allow anyone to ruin that, because it is a seal of quality for our democracy."

Chancellor Angela Merkel has called on all citizens to play a part in stamping out anti-Semitism and racism. The chancellor made the plea in her weekly video address ahead of International Holocaust Remembrance Day. (26.01.2019)

In her documentary "Who Will Write Our History," director Roberta Grossman pays homage to the Jewish creators of a secret archive in the Warsaw Ghetto. The film is to be released worldwide on Holocaust Remembrance Day. (25.01.2019)