More than 2.1 million people visited the former Nazi concentration and extermination camp in southern Poland last year. The camp witnessed some of the worst horrors committed on Jews by Nazi Germany. 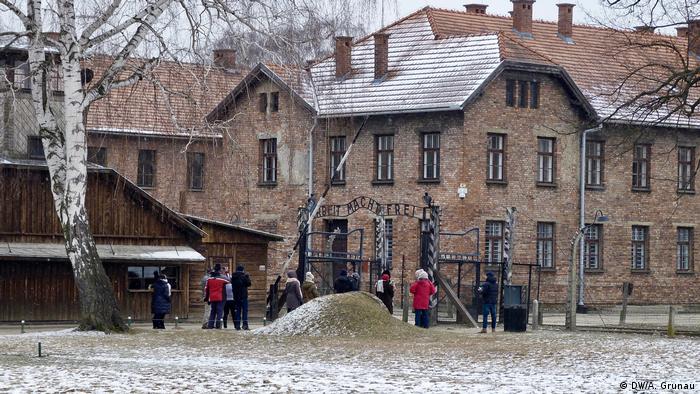 The Auschwitz-Birkenau death camp saw record number of visitors last year, the museum at the site said on Friday.

Some 2.15 million people visited the former Nazi concentration and extermination camp in southern Poland in 2018 — about 50,000 more than the previous record set in 2017.

Auschwitz-Birkenau was the largest Nazi death camp. More than 1.1 million people, a vast majority of them Jews from across Europe, were murdered at the camp during the World War II. Almost 40 percent of the registered prisoners were Poles.

The Auschwitz-Birkenau museum was set up in 1947. The 191-hectare (472-acre) site comprises the former Auschwitz main camp and the Auschwitz-Birkenau extermination camp with a total of around 150 buildings and around 300 ruins, including the ruins of the gas chambers and crematoria.

The site has been on Unesco's World Heritage list since 1979.

A group of young Muslim refugees and Jewish youths have visited the former Auschwitz concentration camp. The trip is aimed a fostering solidarity between the two communities and understanding Germany's past crimes. (10.08.2018)

The horrors of Auschwitz in art

Surviving was a daily struggle during the Holocaust. Some of the people persecuted in concentration camps, ghettos or living underground managed to document in their work the indescribable horrors they faced. (26.01.2015)

International Holocaust Remembrance Day: The Auschwitz concentration camp was liberated by Soviet troops on January 27, 1945. Memorials across Germany ensure the millions of victims are not forgotten. (12.04.2018)