Eva Kor passed away while on her annual trip to Auschwitz to educate about the horrors of the World War II genocide. The Romanian-born American championed forgiveness for those who carried out the atrocities. 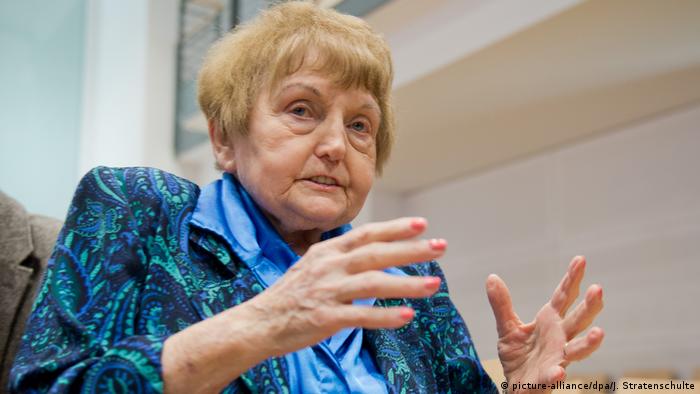 Holocaust survivor and forgiveness advocate Eva Kor was hailed a "giant" following her death on Thursday in Poland.

The 85-year-old passed away at her hotel in Krakow following a period of ill health including respiratory issues and recovery from heart surgery, according to her son.

Kor was in the country for an annual educational visit to the former Auschwitz concentration camp, where she was interned during World War II.

Born in Romania in 1934, Kor was five when her family was ordered out of their village and transferred to the Cehei Jewish ghetto. A few years later, they were deported to Auschwitz, where most of her relatives were killed.

Kor and her twin sister, Miriam, survived, but were subjected to inhumane medical experiments at the orders of Dr. Josef Mengele, known as the Angel of Death.

Miriam later died from cancer, most likely as a result of those experiments.

After the camp was liberated by the Soviet Army in 1945, Kor moved to Israel and later to Indiana, in the United States.

She spent her life campaigning against eugenics, educating the public about the horrors of the Holocaust, and promoting forgiveness for those who carried out the atrocities.

Read more: Why the memory of the Holocaust has become a 'monster'

In 1984, she set up the CANDLES or Children of Auschwitz Nazi Deadly Lab Experiments Survivors center.

The museum and education facility tells the story of the genocide from her family's perspective.

Reacting to her death, the museum said in a statement: "Eva Kor has touched hundreds of thousands of people over her 85 years through her message of overcoming tragedy, finding forgiveness, and healing."

"The themes of Eva's life are apparent. We can overcome hardship and tragedy. Forgiveness can help us to heal and everyone has the power and responsibility to make this world a better place."

Kor often gave lectures, wrote an autobiography and appeared in documentaries. During the annual trips to Poland, she would give tours of Auschwitz.

She made headlines in Germany in 2015, when during the trial of former SS officer and "Bookkeeper of Auschwitz" Oskar Gröning she shook hands with him in the courtroom.

"Everywhere she went, Eva brought light into darkness and provided comfort to those in pain, unlike anyone we've ever met," Indiana Governor Eric Holcomb said in a statement, adding that the "world has lost a giant."

Kor is survived by her husband, a fellow Auschwitz survivor, and two children.

Her son Alex said his mother's memory would "best be honored by people doing the right thing, by taking her example, by believing in what is right."

At 95 years old, Erna de Vries is one of few remaining Holocaust survivors. A group of activists has vowed to retell her story and those of other survivors to keep alive the memory of Germany's Nazi past. (18.04.2019)