75 years ago: Nazis carry out mass murder of Sinti and Roma people in Auschwitz | Europe | News and current affairs from around the continent | DW | 02.08.2019

75 years ago: Nazis carry out mass murder of Sinti and Roma people in Auschwitz

On August 2, 1944, more than 4,000 people were gassed to death in Auschwitz. The Nazi genocide of Sinti and Roma in Europe still affects many lives today, says historian Karola Fings. 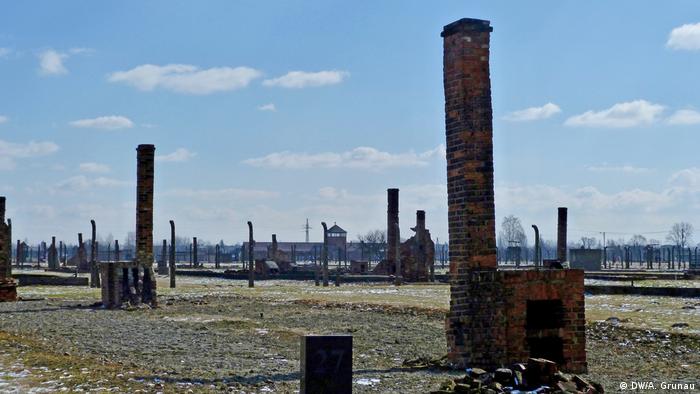 DW: August 2, 1944, was a particularly dark day in the Nazis' persecution of Roma and Sinti people. What exactly happened?

Karola Fings: On the night between August 2 and August 3, 1944, the so-called Gypsy Camp in the Auschwitz-Birkenau concentration and extermination camp was dissolved – or "liquidated," as the SS called it. The last remaining inmates there — about 4,300 men, women and children — were brought to the gas chambers and murdered.

Why did the Nazis dissolve the camp and carry out this mass killing?

The reason was that they wanted to free up space for Jews deported from Hungary. The Nazis had gradually taken away all physically strong inmates, using them as forced laborers. They also wanted to remove them because they would have put up fierce resistance if the camp were dissolved. German Sinti people in the Wehrmacht were told they would be moved to somewhere better with their families where they would be able to work. The remaining inmates were left to be exterminated. 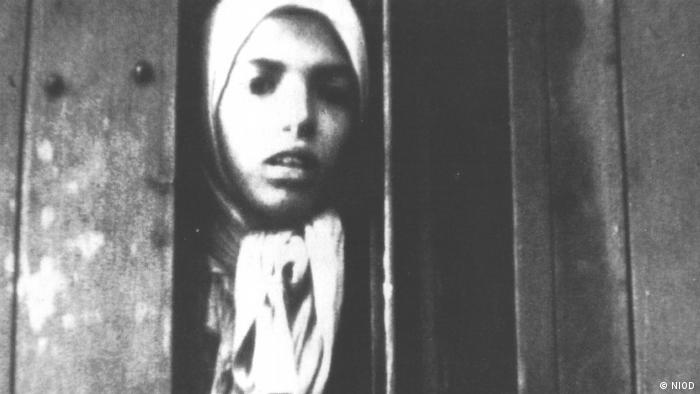 Settela Steinbach (9) was probably one of those to be murdered in the night of August 2-3, 1944

Survivors have reported that inmates resisted an attempt to clear the camp in May 1944. What is known about this?

Very little. What is known, however, is that the Sinti and Roma people put up fierce resistance in the camp, including on the night between August 2 and 3, 1944. At 7 p.m. that evening, the camp was on lockdown. SS forces surrounded the barracks. They had to call in reinforcements to get those who remained inside — the weak, sick and old, many children with their mothers – onto trucks bound for the crematorium. They had to use extreme violence to get them aboard.

The conditions in the Auschwitz-Birkenau camp section "B II e" were truly horrific. In February 1943, the Nazis began deporting men, women and children – all in all about 22,700 individuals – from the German Reich, but also from annexed Austria, Bohemia, Moravia and Poland, as well as from the occupied Netherlands and Belgium, and bringing them to the camp. It was overcrowded, there was barely any food, medical services were extremely poor, sanitary facilities were catastrophic and there was violence, of course.

Inmates had to fight for their survival every single day. Until late 1943, 75% of inmates starved to death or perished from infectious diseases. Some inmates were gassed to death. It was a family camp with an incredibly large number of children under the age of 14. A total of 7,000 children were held there. On the one hand, family members could console each other and look after one another to a degree. But it put a tremendous strain on inmates to see their children, parents, grandparents or siblings die without being able to help. And medical experiments were carried out on inmates, for instance on identical twins by the notorious SS doctor Josef Mengele. What is known about the persecution of Europe's largest minority?

Research on this only began in the mid-1990s. Until then, former detectives and ethnologists – those in part to blame for their persecution – largely determined the discourse. They claimed that these people had not been persecuted by reason of their race. And they even hindered victims from receiving compensation by serving as expert evaluators.

Today, we know that the Sinti and Roma people were targeted by racial hatred and persecuted starting in 1933. Just like the Jewish population, they were stigmatized as a "foreign race." Recording their numbers served to isolate and ultimately deport them. The objective was to remove the Sinti and Roma people, like the Jews, from the German "racial corpus," as it was called.

Was the Sinti and Roma genocide forgotten after the war?

It was denied that the Sinti and Roma genocide happened. But many had seen and known what happened, or had been involved. There was the case of a young mother, whose husband has already been deported, who ended up in a small town with her children. They could not have survived there but were forced to stay put. The local teacher and mayor informed the police. They were deported to Auschwitz. Nobody survived.

It also took a long very time for all of German society to become fully aware of the Holocaust. Major court cases, like the Auschwitz trial, helped raise awareness. Perpetrators were prosecuted, though not all of them. And anti-Semitism was identified and shunned as the sentiment which had made possible the Holocaust. But nothing like this happened with regard to the persecution of the Sinti and Roma people under the Nazis.

There were few court cases against people who had been involved in their persecution. Many cases were dropped, or the accused were acquitted because Sinti and Roma people were stigmatized as lacking credibility. There was a broad societal consensus that these people did not count as proper German citizens. People who had called for the forced sterilization or deportation of Sinti and Roma people had no problem finding work in public office or even serving as government consultants after the war. 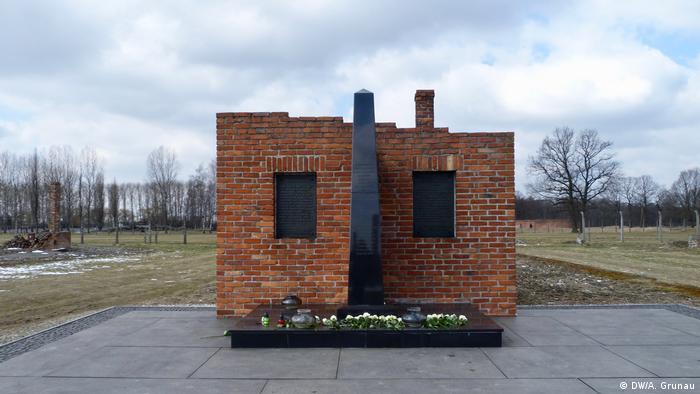 How did the persecution unfold in Europe?

There were countless racially motivated murders in Nazi-occupied Europe. Depending on the respective national regimes, this racial persecution played out differently. Sinti and Roma people were killed from the onset of Nazi Germany's "war of extermination" in central and southeastern Europe. In France, meanwhile, they were already placed in internnment camps before the war broke out. Romania deported Sinti and Roma people to desolate parts of the country, where many died, while Hungary carried out massacres as the war drew to a close.

The persecution of Sinti and Roma people unfolded very differently in Yugoslavia, which was partly under German and Italian occupation. In Croatia, Ustashe forces relentlessly persecuted Roma people. Thousands were murdered in the Jasenovac concentration camp. And in Serbia, the commanding German officer boasted that it was the only country where "the Jewish and gypsy question had been solved." 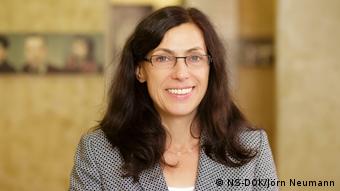 The persecution had a long-term effect on the Sinti and Roma community after the war. Some families had once earned a living working as blacksmiths and the like. But such shops were destroyed. And as many old people were murdered, much vocational expertise was lost. The Sinti and Roma were forced into unemployment and poverty because they had lost the social status they had before 1941.

You are a member of the Antiziganism Committee. What would you say about how the relationship between the German majority and the Sinti and Roma minority has evolved?

Progress has been made, above all through the efforts of the Sinti and Roma civil rights movements. For example, a memorial to the Sinti and Roma people murdered by the Nazis was established in Berlin. But there is still very little awareness of this genocide. And it is not sufficiently covered in school books. 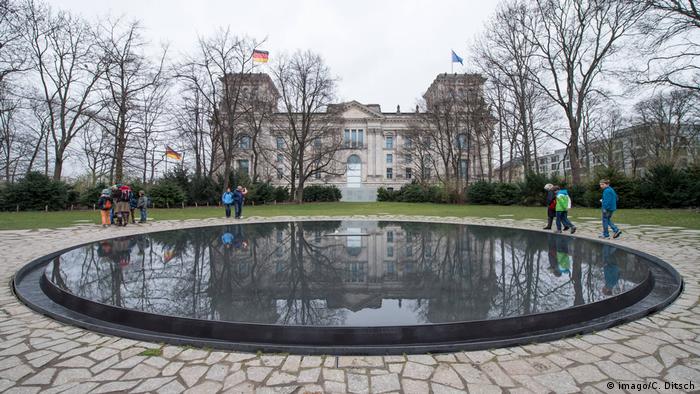 This minority is still subjected to racist vitriol in the media, in public and by political parties. Antiziganism is used by the far right to mobilize its supporters. There are also state-run and European programs to help fight such discrimination, of course. But they are not always fully up to the task, and members of the Sinti and Roma community are not always properly consulted. And in elementary schools, Sinti and Roma children are regarded as unable to learn and ostracized.

Karola Fings has been studying the persecution of Sinti and Roma people under the Nazis for many years. She is the deputy director of Cologne's NS Documentation Centre, and a member of the government's independent Antiziganism Committee.

Italy's far-right Salvini moves to round up Roma, Sinti

Interior Minister Salvini has asked regional officials to draw up maps of "illegal settlements." Non-Italians are to be sent back to their countries of origin. (16.07.2019)