The newly uploaded documents contain information on 10 million people persecuted by the Nazis. The Arolsen Archives hopes that by making the data available online, it will keep the memories of Holocaust victims alive. 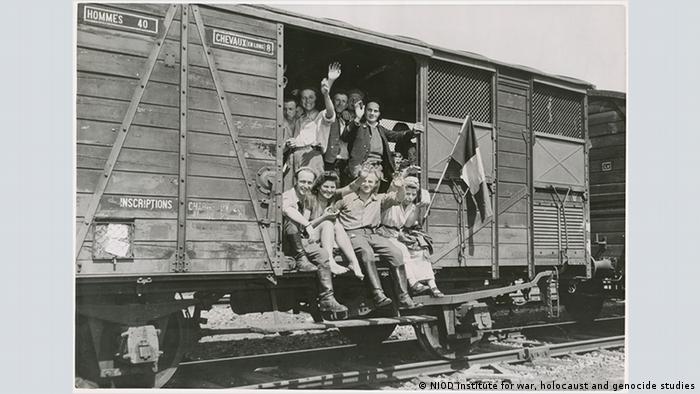 In this photo from May 1945, former forced laborers from France sit on a train car in Braunschweig, Germany — awaiting repatriation to France after the Allied liberation

With just a few clicks, a hand-drawn map appears on the computer screen with the words "grave registration" stamped in red ink at the top.

The yellowed piece of paper depicts the final resting place of a 33-year-old French man who was persecuted by the Nazis — his gravesite colored in green pencil.

This is just one of the 850,000 documents on Nazi victims that the Arolsen Archives International Center on Nazi Persecution has recently made available online — free and open to the public to search.

"We published them now because we have an index. You can search and find a name that is inscribed on one of these documents. Before that it was not possible," archive director Floriane Azoulay told DW.

Over 10 million people are mentioned in the documents, many of whom were in concentration camps, death marches and forced labor camps during the Holocaust.

The archive, based in the central German town of Bad Arolsen, contains the world's most comprehensive collection of documents about the victims and survivors of Nazi persecution. 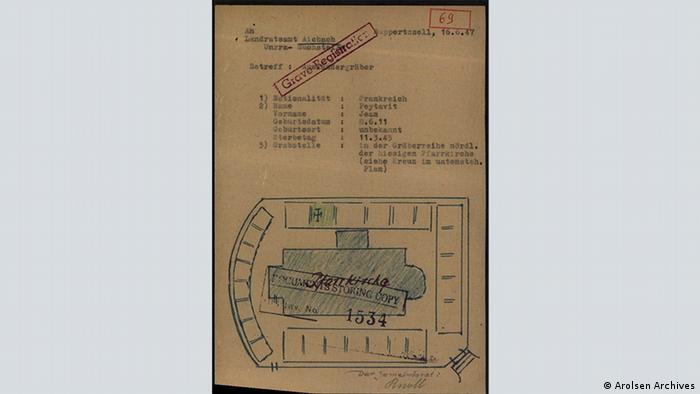 Privacy concerns had kept access to the archive largely restricted for decades, but the institution has opened its doors in recent years and has been working to make its immense collection available to all.

Read more: The Nazi archives  Where Germany's dark past is stored on paper

The recently published trove of documents stems from the US-occupied zone in southern Germany, which was the largest area occupied by the Allies after World War II.

Although the Nazis tried to destroy evidence of their crimes at the end of the war, written records of people registered with local authorities, police, companies and other institutions remained.

The American, French, British and Soviet Allied forces sought to document the crimes of the Nazi regime and find missing persons.

They ordered local German authorities to fill out forms detailing the names of foreign nationals, German Jews and stateless persons who were registered there.

City and town officials were also told to provide information on burial sites and to point out those locations on maps.

"Very often you don't have the names of the victims who were buried, but you have the nationalities," Azoulay said.

Read more: Austria to give citizenship to descendants of Nazi victims 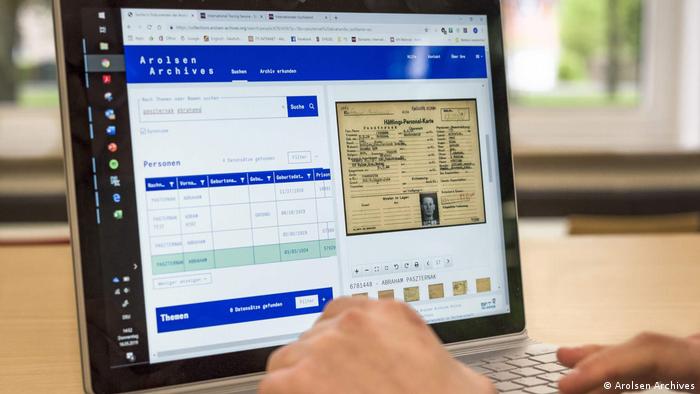 The Arolsen Archives launched its new online archive in May this year, uploading more than 13 million documents

'Something they have never seen before'

The response has been "incredible" since the documents first went online a week ago, the director added.

The website, which was made with the help of the Yad Vashem World Holocaust Remembrance Center in Jerusalem, has seen around 40,000 users in one week — more than four times the normal visitor rate.

People have also written in to say how moved they were to be able to find information on their relatives, just by entering a name in a search box.

"In some instances, they learn something new about the fate of a loved one and in many instances it's the last trace of this person — something they have never seen before," Azoulay said.

"So there's a lot of emotion, a lot of gratitude about that," she said.

Expanding to a new generation

Part of the boost in interest is due in part to the archive's partnership with genealogy giant Ancestry.

The US-based company operates one of the world's largest online platforms for genealogical research and was key in creating the index that made the documents easily searchable.

Over 67% of the requests the archive received last year were from family members looking to find out more about their relatives. That figure is now likely to grow.

As part of the project cooperation, Ancestry was given permission to also publish the documents on its website — a move that has exposed a large group of family history enthusiasts to the archive.

"The Arolsen Archives have been working for eight decades, but we are still relatively unknown," Azoulay said.

She said she hopes that the media attention and cooperation with Ancestry "will draw attention to the potential of the archive and actually inspire people to look for their family members."

Looking to the future, the archive plans to continue publishing more of its 30 million original documents online, with the lists from the British occupied zone due to be released next year.

The International Tracing Service has posted photos and personal papers of Nazi victims online, along with other selected documents from its massive archive. The group deals with people who disappeared during Holocaust. (07.10.2015)