The children the Nazis stole in Poland: Forgotten victims 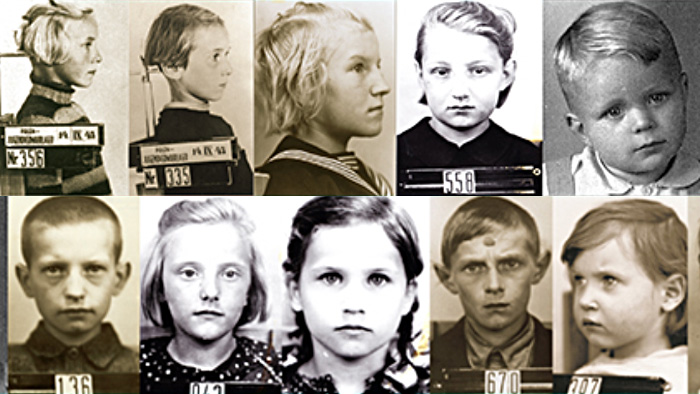 Alodia Witaszek's biological parents were still alive when she was kidnapped as a girl. In autumn of 1943, both she and her little sister were sent to a youth custody camp in Litzmannstadt, which is today Lodz, to become "Germanized." The sisters were no longer allowed to speak Polish in the camp.

Countless Polish children experienced the same fate: The organized child robbery was part of the Nazi racial policy to turn "racially valuable" children from the annexed parts of western Poland into Germans. The youth welfare offices reported the children whose appearance they considered "Aryan." Representatives of the health authorities conducted medical examinations of them, filtered out the children with "good blood," who were then sent to a children's home where they were forced to learn German and their names were Germanized.

Afterwards, the SS-initiated association Lebensborn took responsibility of them, handing over younger children to SS families for adoption, and sending older ones to "German home schools." Over time, the children became increasingly robbed of their memories and their identity as they became Germanized. 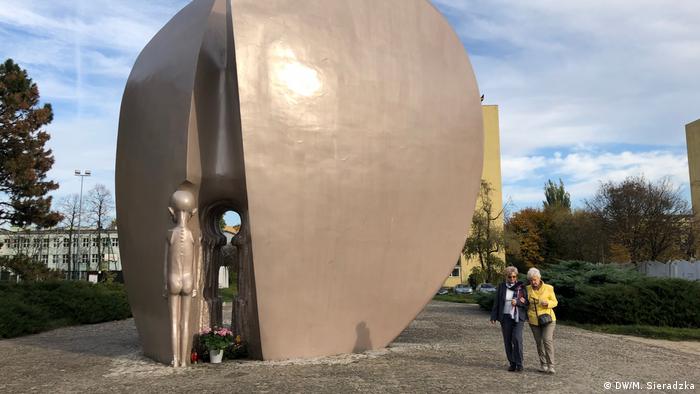 Alodia Witaszek (left) at the memorial on the site of the former youth detention center in today's Lodz, where she was housed as a child after her abduction

In June 1941, SS Reichsführer Heinrich Himmler declared that it was necessary to capture "particularly well-bred small children of Polish families." But it was not only in occupied Poland that children were violently torn from their families. Children were also abducted in the occupied territories of the Soviet Union. The children of forced laborers were taken away from their mothers, some were passed on to German families, others were tortured in homes. In the Reich School for Volksdeutsche in Achern and in the Lebensborn Home in Steinhöring, children were severely punished for speaking their native language rather than German: Starvation and confinement in a cellar were among the types of punishment.

Estimates vary as to the actual number of children stolen by the Nazis, but according to the German paper Handelsblatt in 2018, "it is usually stated that up to 400,000 'Aryan'-looking children were taken from their families in Eastern Europe and Nazi-occupied Norway. Half of all the abductions took place in Poland."

Seventy-five years after the Second World War, the Nazi kidnapping of children has hardly been addressed in Germany.  This is a "white spot in historiography," believes lawyer Artur Wroblewski, who writes for the Polish website "interia." He and six other journalists and historians working for the website are aiming to change that.

Their book about the Nazi kidnapping of children in Poland was published in Krakow in 2018. This past February, it was published in German by the Freiburg-based publisher Herder Verlag. The authors traced the fates of people like Alodia, who had to experience first-hand how the Nazis' racist megalomania destroyed their childhood and often their whole lives.

Almost all of those who reveal their fates in the book Als wäre ich allein auf der Welt (As If I Were Alone in the World) say that the repeated searches for their biological families have been futile. They describe the often painful return to Poland after the war — and the further traumatization caused by their non-recognition as victims.

The journalist Monika Sieradzka, who works for Deutsche Welle and Polish media, and her colleague Elisabeth Lehmann, who works for German public broadcaster MDR, took a step further in their search for information. During years of research, they were able to track down victims who were willing to talk about their fragmented lives in front of the camera, resulting in the film Kinderraub der Nazis: Die vergessenen Opfer (Children Stolen by the Nazis: Forgotten Victims). 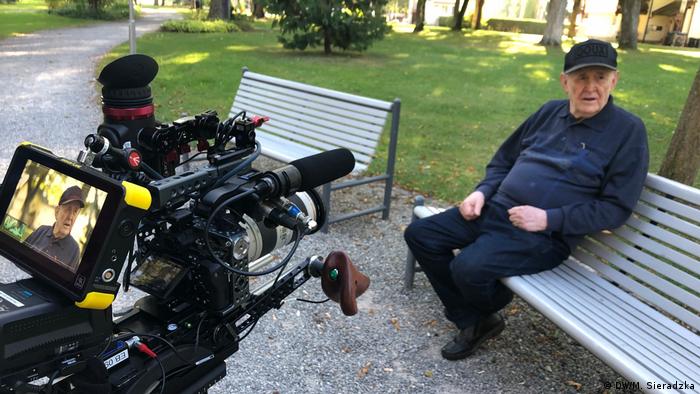 Hermann Lüdeking, while the film was being shot

Hermann Lüdeking is one of the film's protagonists who, in his persevering search, never managed to find his roots again. As a six-year-old boy, he was put into a home and later joined the SS family Lüdeking as "valuable material from a racial point of view." The only thing he managed to unearth through his persistent combing through archives and documents was his original Polish name: Roman Roszatowski, but he was called "Romek." Lüdeking, who grew up in southern Germany and continues to live there, has long since forgotten the Polish language.

An association called "Stolen Children - Forgotten victims" helped him in his search for his roots. The documents of the SS association Lebensborn were destroyed after the war, when the association was classified as a charitable organization in the Nuremberg post-war trials. The local youth welfare offices also had no interest in revealing the identity of the stolen children. Hermann Lüdeking is the only one who is also fighting for moral recognition as a victim, but the struggle has been in vain until now. "The Germans don't want to be made aware of this because it would cost money," the now 84-year-old bitterly says. Monika Sieradzka adds: "To this day, Hermann alias Romek feels like a foreigner in 'his' country."

Among anti-Semitic books available on the site is one written by a Nazi convicted of crimes against humanity. The museum called it 'hateful, virulently anti-Semitic Nazi propaganda.' (22.02.2020)

Courtroom 600 in the Nuremberg Palace of Justice, the site where Nazis were tried for war crimes after World War II, is perhaps the world's most famous hall of justice. It will now become an exclusive full-time museum. (21.02.2020)