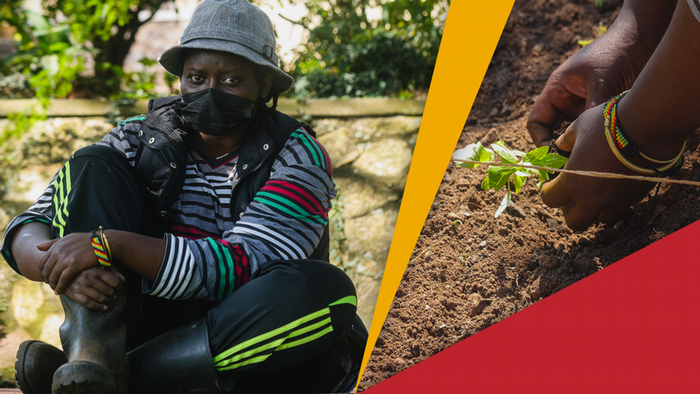 When the pandemic hit last year, Shawn Mugisha was sharing his two-bedroom apartment with nine other people. They were fellow members of Kampala's embattled queer community whom he'd met through his work as a human rights activist and paralegal — people who had been ostracized from family, or had come out of police detention with nowhere to go.

Shawn, who is 34 and transgender, says that while many people in the city relied on family in rural areas to send supplies, those ostracized because of their sexual orientation or gender identity were often on their own. 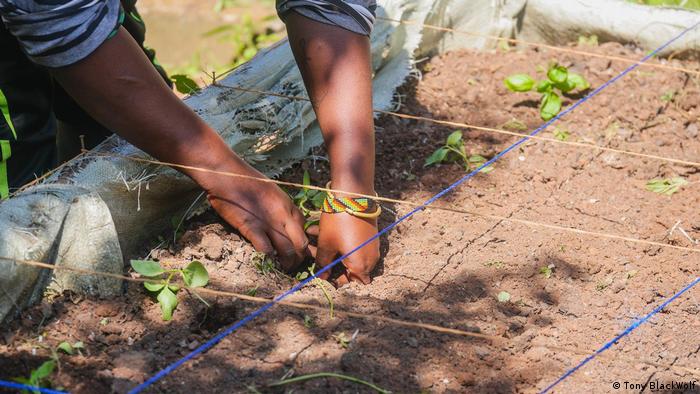 "We found ourselves waiting on the government to give us food and some of us did not get that food even in the community," he says. "So, we had to think smart, think about: how do we survive?"

He decided the answer was to grow their own fruit and vegetables in the garden of his apartment block in the suburbs. This became the start of a new organization, FAMACE, an acronym for Farming, Art, Mental Health Advocacy, Collaboration, and Ethical human-centered design. Its goal is to use sustainable agriculture to boost the resilience of Uganda's queer community and help victims of abuse and discrimination to help themselves.

Having studied permaculture, Shawn believes sustainable food production can help victims of discrimination and abuse heal from trauma and build a life that isn't dependent on activities like sex work that could land them back in police hands. "Ethical human-centered design is really putting you at the center of solving your own problems and looking at the history of these problems," he explains.

Uganda is a hostile place for its LGBTQ+ community. In 2019, gay rights activist and paralegal Brian Wasswa was brutally murdered in his house in what human rights campaigners say was a hate crime, reminiscent of the 2011 murder of David Kato.

Kato, also a gay rights activist, was bludgeoned to death after winning a case against a local newspaper that had named him among "homosexuals" under the headline "hang them." Some Ugandans have fled the country to avoid discrimination

In 2014, parliament passed the Anti-Homosexuality Act. It was later declared unconstitutional by Uganda's Constitutional Court. But in May, the country's parliament approved a sexual offences bill, which, among other things, criminalized same-sex relations with a punishment of up to five years in prison.

Earlier this month, the President Yoweri Museveni said he would not sign the bill. But Florence Kyohangirwe, sexual minorities editor at Minority Africa, says the government even debating this kind of legislation legitimizes homophobia and is "sort of an endorsement to harass the LGBTQ community."

And activists say the pandemic itself has been used as a pretext for harassment, with police raiding LGBTQ+ homeless shelters and arresting people for engaging in acts likely to spread COVID-19.

In June, police raided an LGBTQ+ shelter on the outskirts of Kampala and arrested 44 people allegedly participating in a "same-sex wedding" for "spreading disease" — without specifying whether they meant COVID.

Shawn, who has worked as a paralegal and for several human rights NGOs, helped to secure their release. But he says that once free, LBGTQ+ people who have been persecuted by the state go to shelters where help is limited to providing for basic needs. 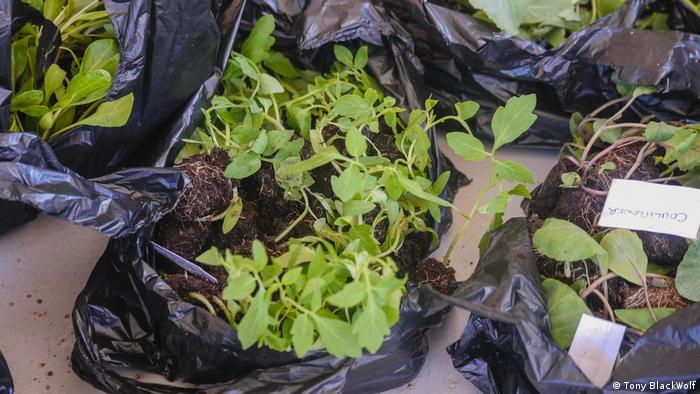 Shawn would like to integrate community gardens into shelters across Uganda

"Every time I was like, why don't we find a sustainable solution for this person's problem?" he says. "A lot of dignity is taken from the people who access these spaces. You're given basic accommodation, which is a blanket and maybe a mosquito net, and maybe one meal a day."

With FAMACE, Shawn would like to integrate community gardens into shelters across Uganda. For one thing, they could offer a better diet — which is particularly important for those on medications such as HIV prophylaxis. But nurturing plants could provide mental as well as physical health benefits.

Tumukunde* ran away from home to live with Shawn after being forced to marry a pastor because her family suspected she was gay. For her, the garden was a place of solace to heal.

"It was also more comforting for me because, during that time, I was going through a lot," she says. "And maybe I needed something that was less human. I didn't want to talk to anyone, I just always wanted to be by myself." 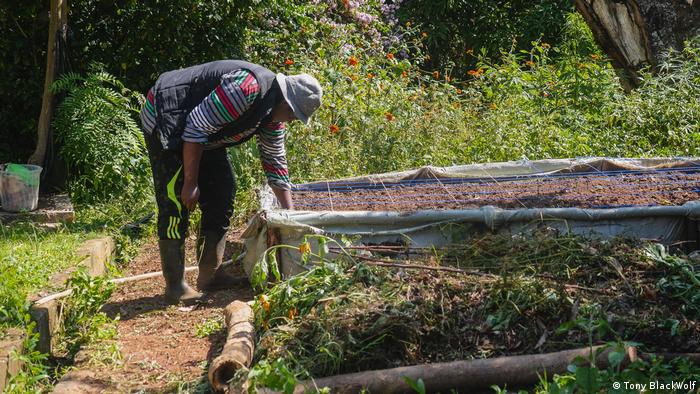 In January, the group was "randomly evicted" from Shawn's apartment — "just because we're queer," he says. Shawn moved into a large shared duplex nestled in a private compound filled with flowers and chirping birds and established a new vegetable garden there. Here, he can only support one person living in, and will have to move out by September. But for now, the garden is bearing fruit.

"It's quiet and I get to be invisible," Charles says of the garden, his eyes glassy with tears. "I think about life, I think about my choices... Gardening gives you ownership of something, control over something at least. There are aspects of my life I can't control, but with gardening, I can do that."

So far, FAMACE has supported five people. Shawn talks excitedly about plans for a queer eco-village, and how the ethics and principles of permaculture and ecofriendly agriculture might be integrated into projects for social change.

For now, he is struggling to find money to rent permanent premises. So far, he says the project has produced enough food for those immediately involved. With enough space, he would like to increase production and start selling some of the food at local markets. But he also sees potential in donating FAMACE's produce to help families in need.

"We live in a society where once you have any sort of contribution you give towards the community you have social protection," he says. "I think it's time we start relying on our own homegrown solutions to fight marginalization and discrimination." Particularly in urban areas where food is scarce, "it's something that we can use as an approach to advocacy and creating more social inclusion."

*Names have been changed on request for safety reasons

The rate of coronavirus cases is rising in many parts of Africa, where governments face alarming shortages of funds and vaccines. German Development Minister Gerd Müller is getting a closer look.

Gabby Petito: US authorities find body believed to be of missing woman