Uganda held a day of prayer after President Yoweri Museveni imposed a stricter lockdown and shut down parliament as coronavirus cases soar. But many are wondering if these measures are enough. 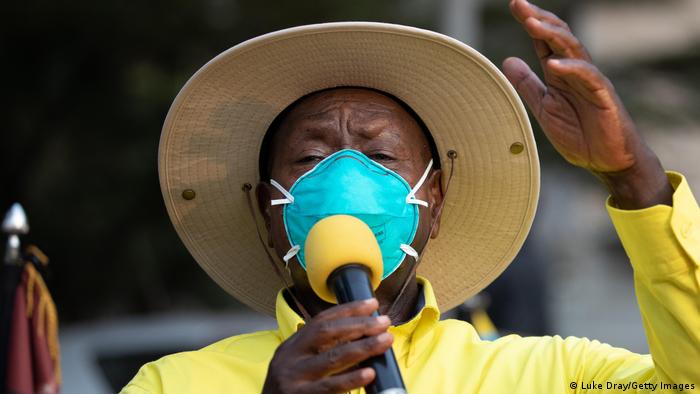 President Yoweri Museveni declared Friday a public holiday for the nation to pray for a reversal of the pandemic. This comes as Uganda sees an unprecedented surge in COVID-19 cases. In the last three days, 126 people have succumbed to the virus — the highest number since the start of the pandemic. President Museveni noted many COVID deaths were likely not recorded.

The huge increase in coronavirus cases has resulted in Uganda's public hospitals reporting countless challenges as they strive to cope. Reports from the capital Kampala highlight the main challenges: lack of beds for new patients, shortage of oxygen equipment, and personal protective equipment (PPE), such as gloves and masks, for those on the frontlines.

"We got very few gloves from the NMS' [National Medical Stores] recent supply. The aprons and sanitizer we have are inadequate," Dr. Sam Elugat, who works at the health center in Busia district at the border with Kenya, told DW. "As we speak, we have one liter of sanitizer, critically ill patients need to be referred, but ambulances are not available,"

DW's Alex Gitta reports that, in addition to the shortage of equipment, many of Uganda's private hospitals have hiked treatment fees. Some are demanding cash down payments of at least $3,000 (€2,510) before attending to patients. Not many Ugandans can afford to pay, Gitta said.

According to DW's Emanuel Lubega, there has been some controversy over the management of the pandemic. Ugandans argued that it was unfair for major government institutions such as parliament to continue their activities despite the closure of others to minimize the risk of COVID transmissions. 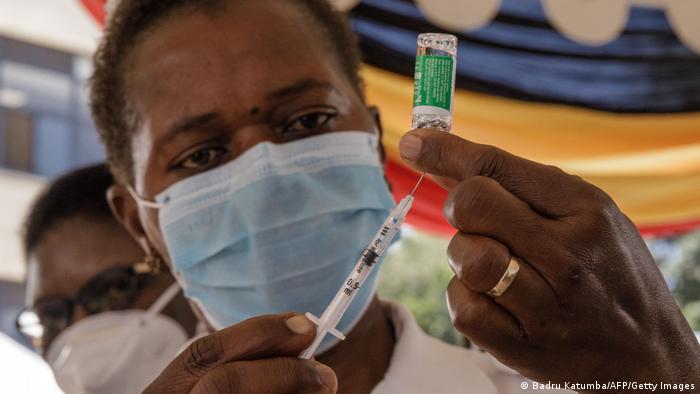 President Museveni has said the new stringent measures to curb COVID, incuding a 42-day lockdown and restrictions on the movement of people, will ease the burden on Uganda's struggling health system.

He deployed police and the army to chase citizens off the roads leading to Kampala, and roadblocks are in place at district borders. The travel restrictions have hit small-scale traders hard.

"He should be lenient despite the situation. We are low-income earners and should be able to access our merchandise and sell it from somewhere. We are suffering, yet we have families to take care of," one trader told DW in Kampala. 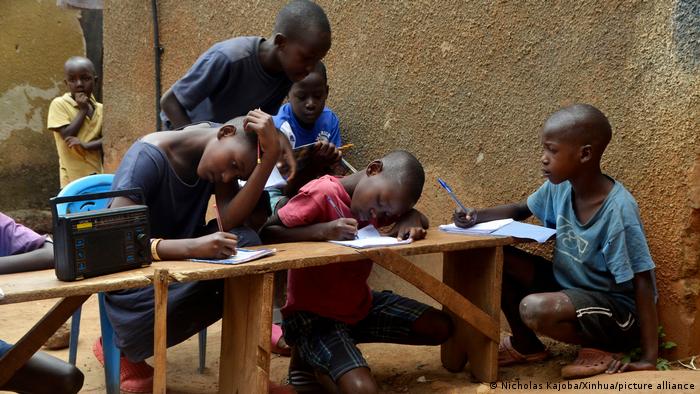 Ugandan students now have to do lessons at home

Although the government has promised cash bailouts via mobile phone accounts to vulnerable people during the lockdown, there is widespread skepticism. Ugandans are unhappy about how COVID relief funds were mismanaged during COVID lockdown last year.

While some view the measures as draconian, others are more concerned with President Museveni's ban on social gatherings such as weddings and funerals.

But Museveni remains firm and told the nation: "My uncle died during this corona, I never went to bury, because I was adding nothing, I was not going to resurrect him, what difference does it make, just gathering when there is so much danger."

Burials in Uganda are highly emotional ceremonies that, in some cases, require people to travel hundreds of kilometers. Similarly, many citizens say weddings are social events that should not be totally banned.

Mubiru Isaac, who had sent out invitations to more than 300 people to attend his wedding, is one of those affected: "We kept on shifting, moving from one date to another, it was so disorganizing to me as an individual that up to now, truth be told, I am not yet settled," Mubiru said.

"Where do I start from to tell them 'Please you will not attend.' It is the challenge I am still having." 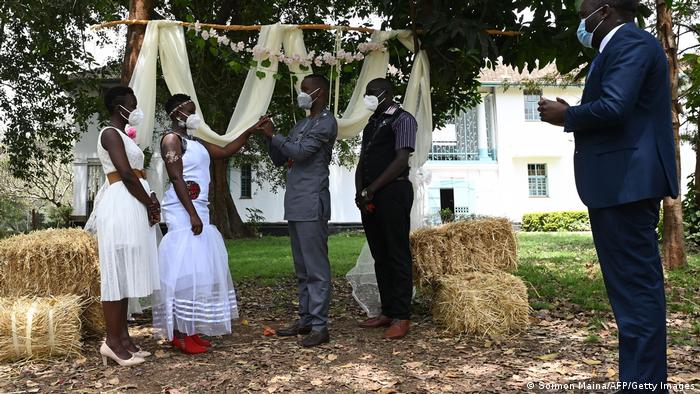 COVID has changed the wedding scene around Africa

Some in similar situations, such as Mubiru, agree with President Museveni's decisions, albeit for different reasons. Jonan Kabigumira thinks that having a small wedding will be good for his finances as the new measures mean he can legitimately stop his many relatives from attending his wedding.

Uganda was one of the first African countries to impose a COVID lockdown in 2020. The country of 45 million has recorded more than 74,000 cases with 752 deaths. More than 834,721 doses of the AstraZeneca vaccine have been administered since the country started its vaccination drive in March.

While many parts of the world have made significant progress with vaccine rollouts, Africa's 1.3 billion people, who account for 18% of the world's population, have received only 2% of all vaccine doses administered globally so far.

Alex Gitta and Emmanuel Lubega contributed to this article.