Uganda: Turning trash into COVID masks for the hearing-impaired

When entrepreneur Juliet Namujju realized COVID masks were preventing her hearing-impaired staff from lip-reading, she resolved to find another enterprising use for Uganda's mountains of plastic waste. 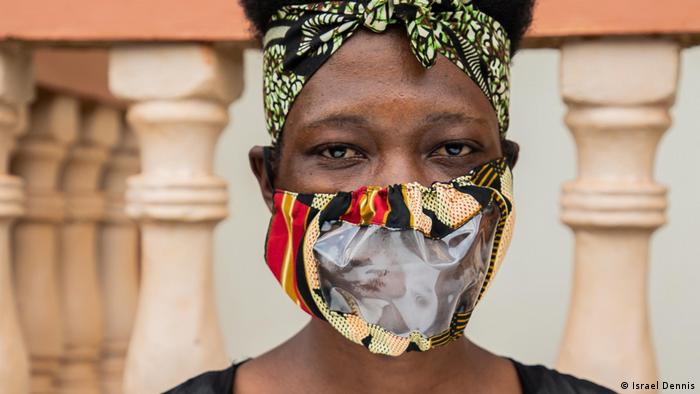 When Juliet Namujju was 5 years old, her parents were involved in a road accident that claimed her mother's life and caused her father's legs to be amputated. She went to live with her grandmother, a tailor. But seeing the challenges her father faced, she grew up acutely aware of discrimination against those with disabilities.

"The perception that people had towards my father because of his disability — I came up to fight against it," Namujju says. She made it her mission to "change the mindset that people have towards persons with disabilities."

Fashion design may not seem an obvious path to social change. Yet the 24-year-old entrepreneur is using her bold clothing designs not only to help those with disabilities but also address Uganda's waste disposal problems.

Namujju began getting creative as a child, making toys from offcuts from her grandmother's sewing bench. "I would go quickly and collect them, gather them together with plastic waste, bottles, and other polythene, and sew them into small balls and dolls for myself to play with," Namujju says. Today, she's putting these skills to other uses. 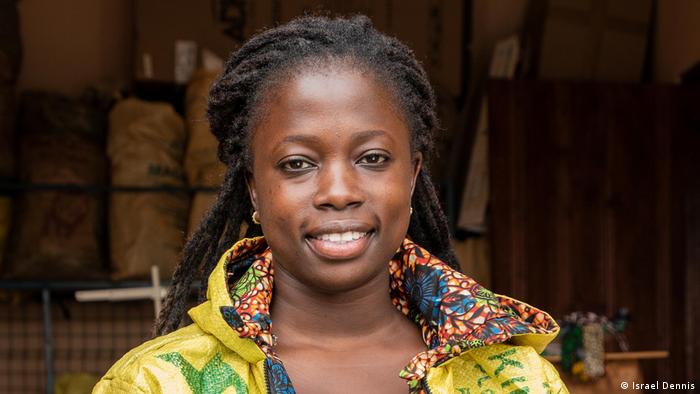 Three years ago, aged just 21, Namujju launched Kimuli Fashionability. A sustainable fashion label based in the central Ugandan city of Mpigi, it employs people with disabilities to upcycle plastic and other waste into eye-catching clothes, accessories and — more recently, facemasks. But not just any facemasks.

As Uganda's pandemic lockdown eased in May and Namujju got back into the workshop with her team, she realized that those who were hearing-impaired - about half her 25 workers — had a problem: Masks worn against the spread of COVID-19 prevented them from lip-reading.

"We sat down together with some of the hearing impaired persons [and asked], how can we make our mask unique from others — a mask that is also going to benefit people who cannot hear or talk?"

Namujju and her team came up with a design that has a transparent screen made from treated waste plastic fitted into a fabric — usually cotton — mask, and finished with an elastic band and filter. 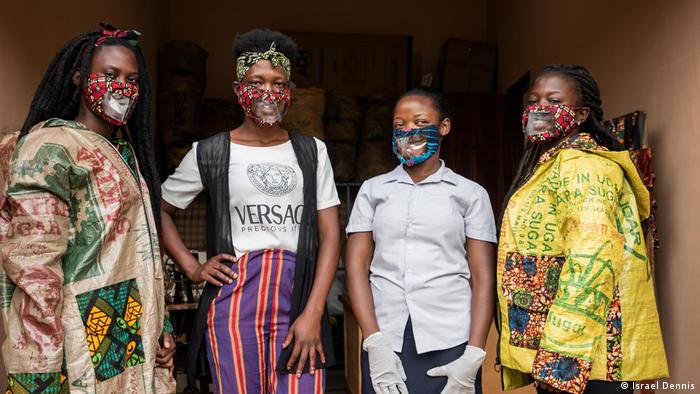 Most of the team at Kimuli Fashionability are people with disabilties, and half are hearing-impaired, including tailors Agnes Nabagala (second left) and Debroah Nakabira (third left)

Rose Nakangu, who is hearing-impaired and works for Kimuli Fashionability making the masks, says the screen does tend to mist up when the wearer is speaking, making it harder to lip-read. But she says they're an improvement on standard masks — comfortable and easy to breathe in.

Since June, Kimuli Fashionability has sold over 2,000 of its lip-reading friendly masks, including an order for 600 pieces and from Diversability, a Los Angeles-based organization that promotes the achievements of people with disabilities. And the team is motivated to keep up with demand.

"I want to work hard so that we can make more of those transparent masks and distribute them to [hearing-impaired] children," says Agnes Nabagala, a single mother who is herself hearing-impaired and has been working with Kimuli Fashionability as a garment maker for the last three years.

Eying beauty in the gutter

Waste has long been a major problem in Uganda. Much of it, including huge volumes of plastic, is not properly disposed of and piles up in the streets of cities like Mpigi. 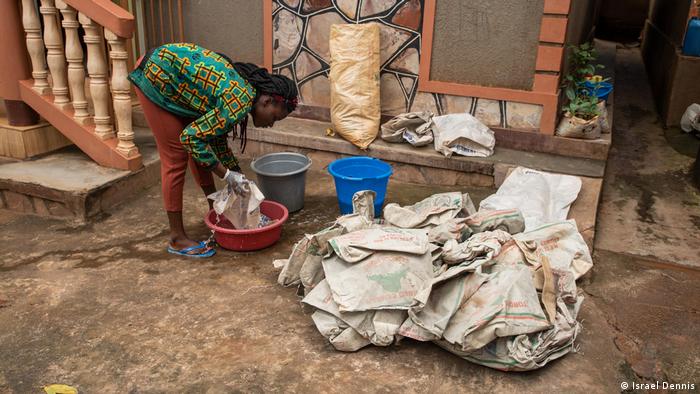 Zaharah Nabirye washes waste sacks to be upcycled into accessories 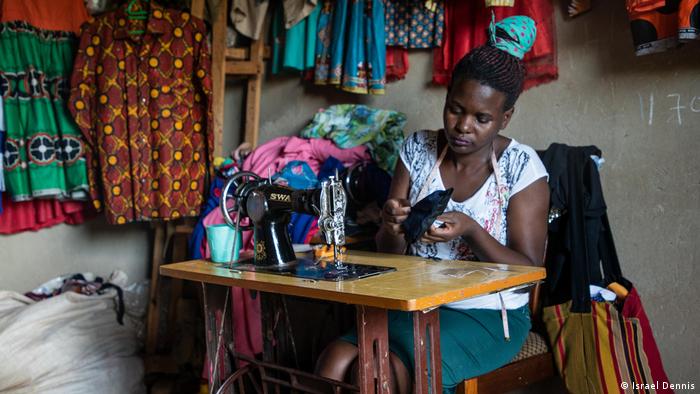 Some of this comes to Kimuli Fashionability via the Social Innovation Academy in Mpigi, a hub for social enterprises that pays local women to collect waste around the community. The fashion brand then cleans and processes the trash.

"When I look at waste, I see something beautiful, like a flower," Naamujju says, explaining the name of her brand; Kimuli means flower in the local language of Luganda.

But not everyone has her eye. Namujju says that while foreigners snap up her designs, it's tough persuading Ugandans the stuff they throw away can be reborn as desirable fashion. "They still see it as waste," she says.

In 2019, Kimuli Fashionability organized a fashion show in Mpigi to try to change the image of clothes made from recycled materials and attract a local customer base. They hope to repeat the event this year — even if it does have to go virtual this time. Namujju believes that if enough people wanted to wear them, clothes made from trash could actually make a dent in her country's waste problem.

"People from outside wear these jackets. But why not Ugandans? Which makes us super sad," Namujju says. "We want 90% of Ugandans wearing these jackets, wearing these masks, because I feel that we can also reduce plastic waste disposal in Uganda."