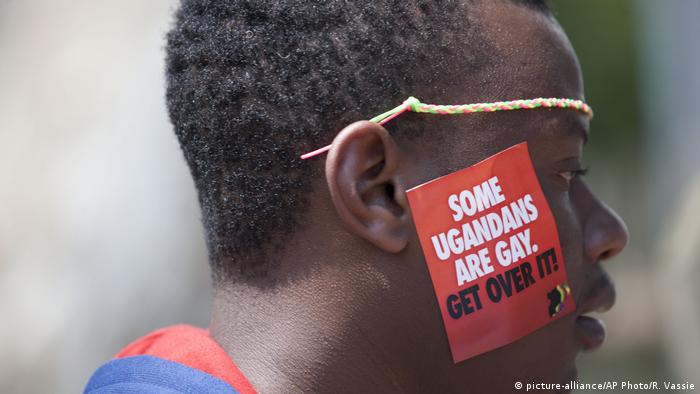 The Ugandan Parliament on Monday passed the Sexual Offenses Bill, which contains a clause to criminalize same-sex relationships. The bill prescribes a five-year-jail term for anyone guilty of same-sex acts, and awaits the signature of President Yoweri Museveni.

For many, the bill sounds like a repeat of a similar law passed in the Ugandan parliament in 2013, which, however, was annulled by the country's Supreme Court based on technicalities.

The focus of the new bill is to primarily clamp down on sexual violence in general, increasing punishments for sexual offenders while also boosting the protection of victims during sexual offense trials. The overarching objective of the new piece of legislation is to provide for a broader application of the law while repealing some provisions of the Penal Code Act. 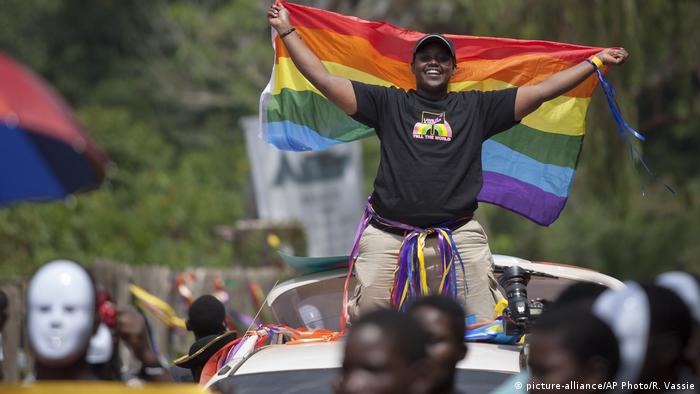 According to Jacob Oboth-Oboth, chairperson of the Legal and Parliamentary Affairs Committee, the bill first and foremost aims to introduce articles pertaining to "post-penetration" consent, which relates to cases in which a person initially engaging in consensual sexual intercourse may change his or her mind and withdraw consent.

Oboth-Oboth said that the new bill "protects victims of sexual violence both within and out of marriages," and Pamela Nasiyo Kamugo, chairperson of Uganda's Women Parliamentary Association (UWOPA), described the bill as a positive move because "it gives women the right to withdraw consent and discontinue sex upon the realization that the man may not be protected."

Lawmaker finds homosexuality 'contrary to the order of nature' 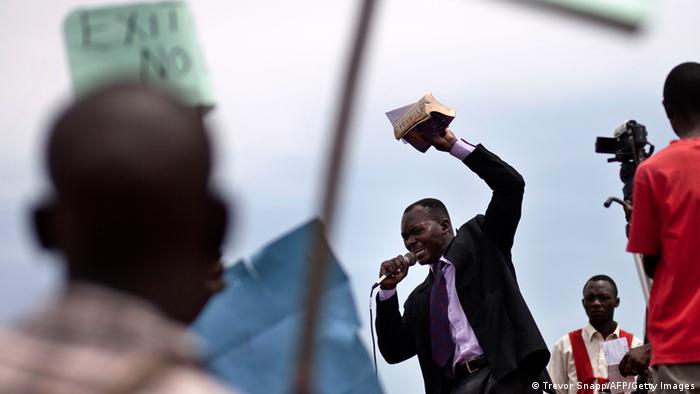 Opposition to homosexuality is commonplace in Uganda, with clergy often preaching against it

It is indeed the latter element that has gays and lesbians in Uganda worried, and has plunged the country into a fresh debate on the issue. While presenting the bill before parliament, Oboth-Oboth was categorical in his classification of homosexuality as an "unnatural act" that ought to be outlawed.

Isaac Lubulwa, an administrative assistant, told DW that the introduction of such laws, in his view, was long overdue. "Banning homosexuals should have happened in Uganda like a century ago. This is Africa. Therefore, homosexuality is immoral, it is not religious, and it is not natural. Men should marry women and women should be married to men," Lubulwa said.

Elementary school teacher Rose Bukirwa expressed her support for the bill but fell short of indicating whether the element prohibiting same-sex relationships was her main motivation. "The bill will protect our moral fiber. It will protect our young children, and our young generation. It is long overdue," she said. 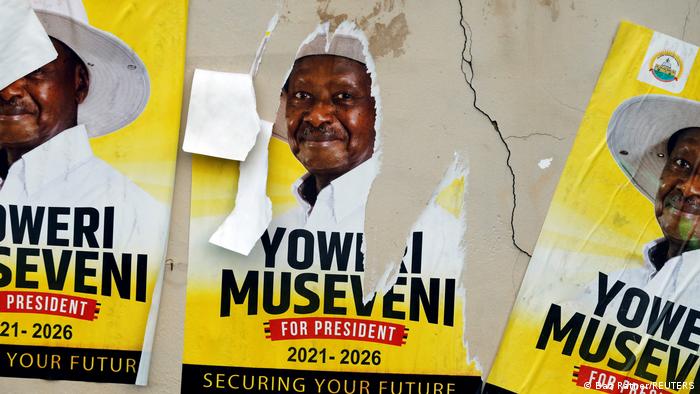 Despite facing serious allegations of election fraud, Museveni's government appears to be treating the bill as a priority

Human rights activists in Uganda have declared that they intend to fight the bill, seeing it as another blow on their quest for achieving equal treatment. Frank Mugisha of Sexual Minorities Uganda, a local LGBT+ organization, said the law "is extreme, uncalled for and very regrettable.

"We definitely are going to challenge this in the courts of law. This should or will be amended or removed. This bill, if signed into law by the president, will continue to harass the LGBT+ community. It will increase incidents of arbitrary arrest, blackmail and extortion. Hate crimes and violence towards LGBT+ community will increase because of this law," he said.

Mugisha's view is not just based on an uneasy feeling but is rather informed by his experience with the introduction of the 2013 Anti-Homosexuality Bill, which handed out the death penalty to anyone convicted of engaging in homosexuality. Although gay rights defenders successfully challenged the 2013 bill at the Supreme Court on legal technicalities, many LGBT+ individuals in Uganda now fear that this new bill has simply brought back elements of the originally discredited bill. 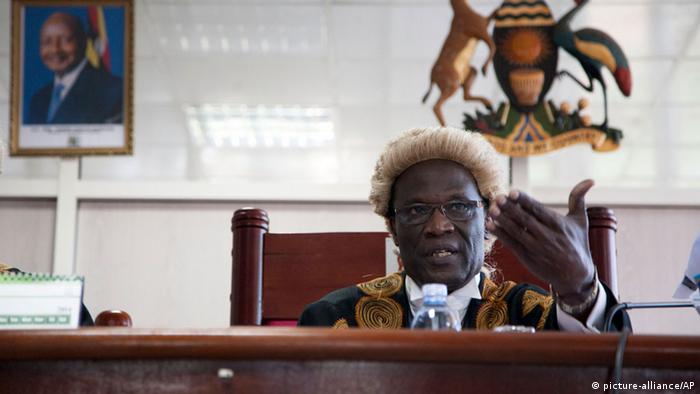 The 2013 bill, which placed the death penalty on homosexuals, was overturned — but only on technical grounds

According to some members of the Pentecostal community, the new bill also targets pastors who fondle and inappropriately touch their followers under the guise of praying for them. Despite this, many clergymen in Uganda have also expressed support for the piece of legislation, highlighting that it primarily addresses homosexuality.

Pastor Wilson Sewanyana has welcomed the bill. "I don't think this law was meant to act against the church or pastors. This law was meant to fight against homosexuality," he said. "But in church, when we do pastoral duties, we don't touch people's privates during prayers. We only lay hands on their heads and they are healed. This bill will help us to fight the devil."

While the new law also bans prostitution and places a life imprisonment on defilement, the focus in the public debate has clearly shifted to issues relating to LGBT+ rights, with many thinking that the draft law will be signed into legislation.

Given that President Museveni has repeatedly described homosexuals as “disgusting" in the past, many in the country believe he will sign the law sooner rather than later. This would make it one of Museveri's first acts of government during his new term, which many observers have labeled the result of an illegitimate power grab amid mounting claims of rigged elections and serious human rights violations against opposition supporters.

A group of gay rights activists in Uganda have taken a government agency to court for refusing to register their organization. Homosexuality is illegal in the country, and violence against sexual minorities is rife.

As the world mourns the victims of the Orlando attack, members of the LGBT community in many African countries are facing increasing persecution, with anti-gay laws tightening around the continent.