Climate change is likely to have contributed to a 7 percent spike in the suicide rate in India over the last 30 years, a new scientific study says. India is experiencing a suicide epidemic, in particular in rural areas. 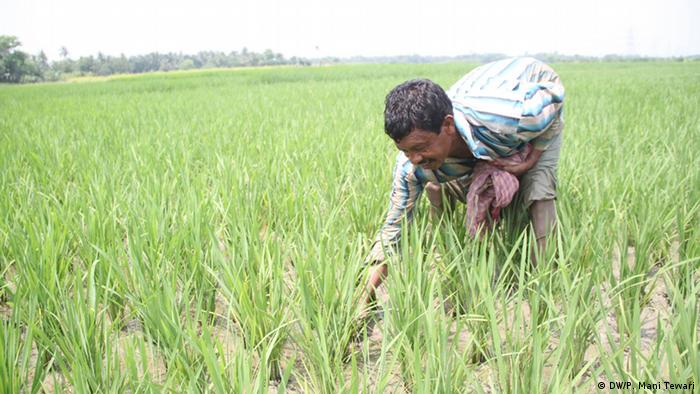 A study published in the Proceedings of the National Academy of Sciences (PNAS) has found an increase of 1 degree Celsius (1.8 degrees Fahrenheit) on an average day during the agricultural growing season was correlated with 67 more suicides than average in India - an increase of 7 percent.

The study out of the University of California in Berkeley represents the first scientific research into links between changes in the climate and suicide in India.

UC Berkeley researcher and report author Tamma Carleton told DW that temperature increases outside of the growing season from June to September showed no significant correlation with suicide rates. This suggests harvests - and thus also climate - may be a key factor.

Carleton tested the links between climate change, crop yields and suicide by comparing the numbers for India's reported suicides in each of its 32 states from 1967 and 2013, using a dataset prepared by the Indian National Crime Records Bureau, along with statistics on India's crop yields, and high-resolution climate data.

"This is not a deterministic relationship between temperature and suicide," Carleton told DW.

"You can think about it like the rise in car accidents on rainy days: There are many possible factors causing any individual car accident, but we can measure the elevated risk of an accident caused by a rainy day, on top of these other factors like texting and driver error, by comparing total car accident rates on different days."

More than half of India's working population is employed in rain-dependent agriculture, which is highly sensitive to climate fluctuations such as monsoon rains, heat waves and drought.

Three of the "big five" suicide states - Maharashtra, Andhra Pradesh, Karnataka, Madhya Pradesh and Chhattisgarh - are located along India's coast. Farmers in these states rely heavily on the monsoon each year for their crops.

"The southern region of India tends to have the most severe increase in suicide for a given change in temperature," Carleton told DW.

"These states tend to be hotter on average, and also tend to have a higher average suicide rate in all years," she said. 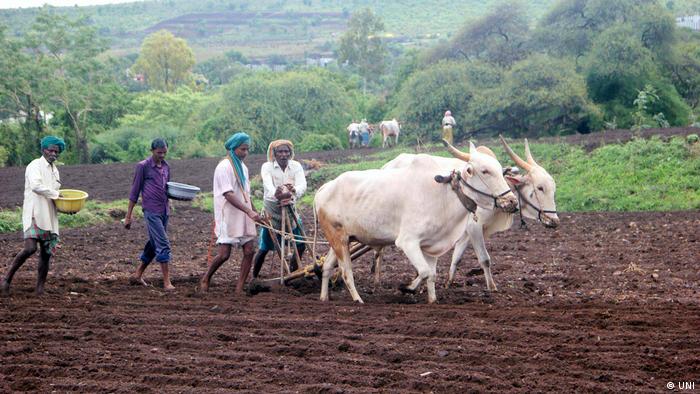 Suicide rates were highest among smallholders

But this figure may even be higher, as suicides tend to go under-reported in India.

Until 2014, attempted suicide was a criminal offense. Add to this that police don't always count someone who has committed suicide as a farmer if they don't own the title to their land - an increasing number of farmers do not.

In some parts of India, furthermore, suicide is a taboo and family members may report a different cause of death.

"It is very possible that the link between temperature and suicide depends on the religious or ethnic characteristics of a given region or individual," Carleton told DW.

Suicide is an incredibly complex phenomenon, she explained, with many contributing factors.

A Lancet study by researchers from the London School of Hygiene and Tropical Medicine in 2014 showed suicide rates in rural areas to be almost double those of urban areas.

The most common method of suicide was ingesting pesticide.

A 2014 study by researchers from Cambridge University's Department of Sociology and University College London's Department of Political Science found that India's suicide rate is highest in areas with the most debt-ridden farmers, who have smallholdings of less than 1 hectare and are producing cash crops like cotton and coffee - both of which are susceptible to price fluctuations on global markets. 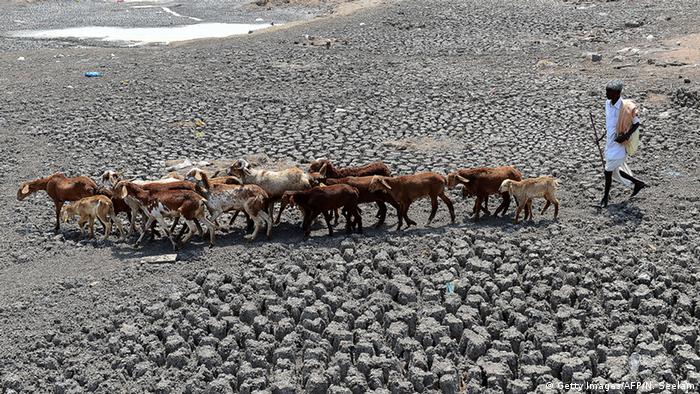 They found that in areas such as Gujarat, where cash crops are mainly cultivated on large-scale farms, the suicide rates were lower.

The price of cotton in real terms is a twelfth of what it was 30 years ago. The government eliminated subsidies for cotton in 1997 - this corresponds with the increased suicide rate among farmers.

The study shows that global warming - which could make India three degrees Celsius hotter by 2050 - is already hitting Indian society hard. Carleton believes the suicide rate will continue to rise as temperatures continue to warm.

"The tragedy is unfolding today - this is not a problem for future generations. This is our problem, right now," she said.

"Without intervention that helps families adapt to a warmer climate, it's likely we will see a rising number of lives lost to suicide as climate change worsens in India," Carleton said.

Many parts of India have been gripped by scorching heat over the past couple of months. As the mercury has shot up to deathly temperatures, hundreds of vulnerable people pay a heavy price. (06.06.2017)

India to ratify climate pact, but can it reduce CO2 emissions?

India, the world's fourth-largest emitter of greenhouse gases, is set to ratify the Paris agreement on climate change. But can the South Asian country reduce CO2 emissions and boost its economic growth at the same time? (30.09.2016)

Rash of Suicides in India - Cotton Farmers without Hope