Many parts of India have been gripped by scorching heat over the past couple of months. As the mercury has shot up to deathly temperatures, hundreds of vulnerable people pay a heavy price. 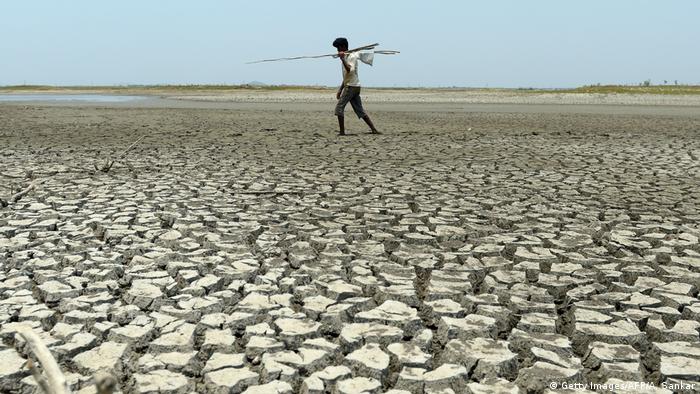 Malika Begum, a domestic worker, constantly splashes water on the floor of her two-room shanty apartment in southern Delhi to stay cool and calm as the mercury climbs ferociously Electricity supply is erratic and this is a chore she has been accustomed to over the past two months as a blistering heat wave has swamped the Indian capital and vast swathes of the South Asian nation.

"The heat is unbearable and I have to constantly water the floor during the afternoons when it becomes really hot," says Malika.

In another corner of India, Pratap Bulusu, a construction worker from the southern city of Hyderabad in Telangana state has just recovered from dehydration and considers himself fortunate to have survived.

It's not an isolated case. Many construction and agricultural workers toiling for hours on end in scorching temperatures ranging between 44 and 49 degrees Celsius (111 and 120 Fahrenheit) have faced a similar fate. 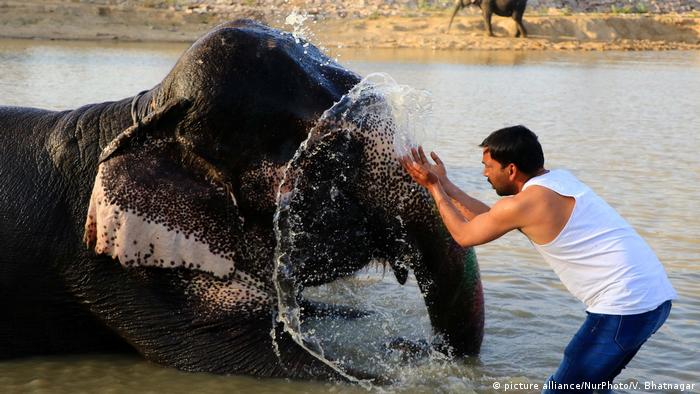 Sweltering heat is not an uncommon phenomenon in India. Nor are deaths resulting from the extremely hot conditions. In the last four years, India has seen as many as over 4,620 deaths caused by heat waves, according to data published by the Ministry of Earth Sciences.

At least ten people lost their lives in various parts of Uttar Pradesh in the last 24 hours, officials said on Tuesday.

The number of patients with heat stroke conditions, diarrhea, vomiting and high fever has increased in hospitals across the state.

In the eastern state of Odisha, at least 34 people have lost their lives due to heatstroke this summer.

Most victims usually belong to the vulnerable sections of Indian society - the destitute, the elderly as well as the workers doing backbreaking low-wage jobs in sectors like agriculture and construction. 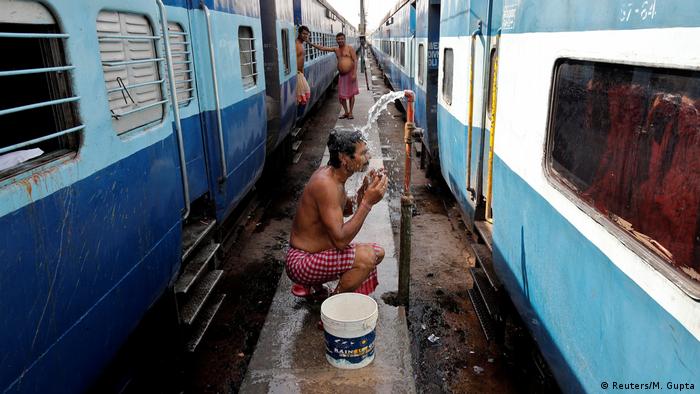 The India Meteorological Department (IMD) has been issuing heat wave warnings periodically across northern, western and central regions of India, particularly in Gujarat, Rajasthan, Madhya Pradesh and northern Maharashtra. The met department had earlier warned that summer temperatures in 2017 were likely to be higher than normal.

The altering global weather patterns as a result of climate change due to human emissions of greenhouse gases are blamed as a reason for the increased frequency and severity of these heat waves.

A recently published report in the Proceedings of the US National Academy of Sciences projected deadly heat waves to occur, particularly in megacities, even if global warming is limited to below 2 degrees Celsius, the target set under the 2015 Paris climate agreement.

The study's findings show that even with a less than two degrees Celsius rise, places like Kolkata in India could expect conditions similar to their deadly 2015 heat waves every year.

"India's climate is warming up at a very fast rate. It is warming at a much faster rate than thought previously. Our analysis looks at temperature trends in the country - both annual and seasonal - from 1901 till recent years. And it finds that the country has been getting warmer continuously, consistently and rapidly," Chandra Bhushan of the Centre for Science and Environment, a New Delhi-based environmental NGO, told DW.

"Unfortunately, it is the poor that are always hit in these times. Vegetable vendors, construction workers and farmers are the normal causalities. We are tying up with state disaster management commissioners and health secretaries to formulate plans in the face of large casualties from heat wave conditions," S.C. Bhan, an IMD meteorologist, told DW.

For now as the heat conditions continue, news of the arrival of monsoon rains is on everyone's mind. While the monsoons have already made an appearance over southern states like Kerala, they are eagerly awaited in the northern part of the country.

Sweltering temperatures and a severe water crisis have claimed more than 300 lives in India. Officials have banned daytime cooking in some parts of the country to prevent accidental fires that have killed 80 more people. (01.05.2016)

Citizens in north and western India have been reeling under scorching temperatures, with Phalodi in Rajasthan recording 51 degrees. The heat wave is expected to last for the next couple of days. (20.05.2016)