Progressive global warming will have an outsized effect on countries in Asia and Oceania. In a DW interview, Kira Vinke from the Potsdam Institute for Climate Research explains what makes the region more vulnerable. 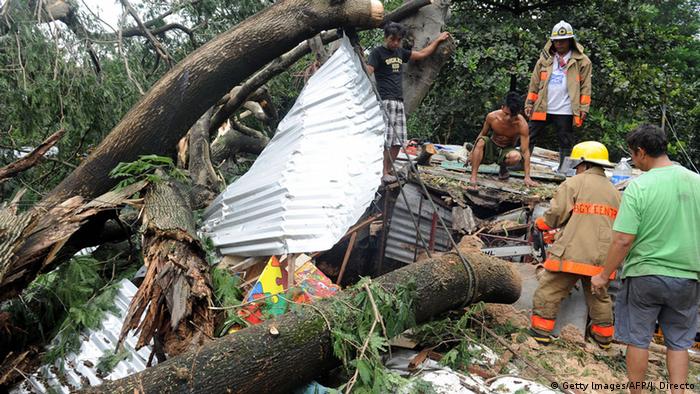 A recent report from the Asian Development Bank (ADB) and the Potsdam Institute for Climate Research (PIK) is predicting devastating climate-change consequencesfor the Asia-Pacific region.

In 2016, the ADB invested $3.7 billion (3.16 billion euros) for initiatives combating climate change and this amount is set to be increased to $6 billion by 2020. DW spoke with Kira Vinke from the PIK about why this region is especially affected by climate change. 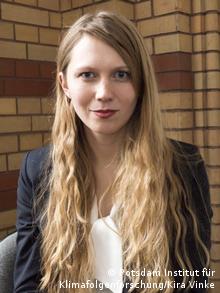 Kira Vinke from the Potsdam Institute for Climate Research

DW: Why is the Asia-Pacific region so strongly affected by the consequences of climate change?

Kira Vinke: There are two major reasons for this. The first is that there are geographically vulnerable regions in Asia – for example, the large river deltas or the Himalayas that provide fresh water for over a billion people. The other is that there are large populations of poor people in Asia who live in at-risk areas such as in Bangladesh, which is vulnerable to tropical storms that are causing more catastrophic flooding than ever before.

What scenarios are illustrated in the latest ABD report?

We compared two scenarios in the report. The first was oriented on meeting the Paris agreement goals of limiting global warming to under 2 degrees Celsius. We also imagined a scenario with which everything continues as before and globally we will reach warming of 4 degrees Celsius by the end of the century. For the Asian landmass, that would mean an average temperature increase of 6 degrees Celsius. People would not be able to adapt to the climatic consequences of this warming. Think about New Delhi, for example, where I lived for a long time. Even today, at temperatures of 45 degrees Celsius, it is hardly possible to spend time outside unprotected.

Was does this mean for advancements in Asian development in recent years?

There have really been some big successes in the Asia-Pacific region with fighting poverty and disaster relief. But the consequences of climate change could undermine these advancements.

For example, data show that unabated climate change would increase precipitation up to 50 percent in many countries across the region, while it would decrease in places like Afghanistan and Pakistan. The level of rice production in certain countries could decrease by half before the year 2100. Extreme weather events like Typhoon Haiyan will also occur more often. This means we have to fight on both fronts against poverty and climate change. One cannot succeed without the other.

What steps have countries in the region taken to address the consequences of climate change?

There is not one answer that covers every country. But it is already true that a large portion of global emissions are emitted by production in Asia and the goods are consumed in the West. Asian nations are mostly ready to take part of the responsibility. You can see this as countries like China and India stand behind their climate goals.

Climate change awareness is present in Asia, but what concrete measures are being taken?

This also differs greatly by region. There are forerunners like the Palawan region in the Philippines that have decided on switching completely to renewable energy. But there are also unfortunate examples of countries not maintaining climate and environmental protection standards. We see this with the pollution of the Ganges in India. There are regulations in place, but there has been little success with applying these rules because it would threaten the livelihood of many people.

Emissions reduction is complicated by economic factors. For example, it is clear that we cannot continue to build with steel and cement because their production requires an extreme level of emissions. The cities of the future – which are being built in Asia – cannot be built like before. We should build with wood or carbon fiber. 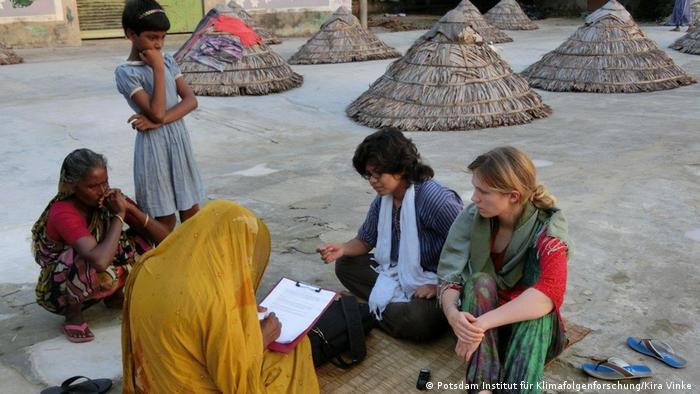 What did your own experiences in Asia teach you about the consequences of climate change?

I was in Bangladesh for my own research and I spoke with people who needed to migrate because of extreme storms because their land was flooded or ruined by salt. They are forced to move into slums in large cities. I visited some of them and asked if they thought the environment was changing, and they all agreed it was. Rain is no longer regular. Long dry phases are followed by very strong precipitation. Most of these people have little education and no explanation of what is happening with their climate – and that is dangerous. These people don't realize that the next storm surge could be double the size. How are these people supposed to shape their future under these conditions?

I think countries that have historically produced the most emissions have a responsibility to help smaller countries, for example, through technology transfer. The poorest countries, like Bangladesh, produce cheap goods for the West without participating in the benefits of economic growth. Conversely, there are huge profits being made in the West that cause a massive amount of emissions, which have a hugely negative effect on people in Bangladesh. You could say that countries in Asia are paying the bill for the West's emissions.

Kira Vinke is conducting research for a doctorate on climate change and migration.

This interview was conducted by Rodion Ebbighausen.

Authorities have evacuated thousands in the path of the deadly Cyclone Roanu, which has already killed over twenty people. Officials warned of possible landslides and flooding along the coast, prompting evacuations. (21.05.2016)