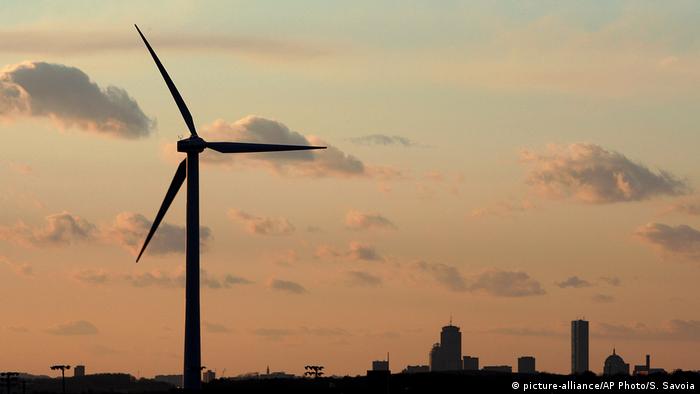 As cities pledge to plant more trees, ban diesel vehicles and make the switch to renewable energy, it's becoming increasingly clear that urban areas — home to more than half of world's 7.5 billion people — will be central in efforts to tackle the climate crisis.

That's the message of a new report released by the Coalition for Urban Transitions (CUT) on Thursday. In the climate fight, "the battle for our planet will be won or lost in cities," it says.

With urban areas responsible for around three-quarters of the world's total carbon emissions, it says a major shift in how cities handle their CO2 — or don't — could significantly influence global efforts to reach net-zero carbon emissions by 2050 and limit global warming to 1.5 degrees Celsius (2.7 degrees Fahrenheit) by the end of the century.

The report, compiled by more than 50 organizations including the World Resources Institute and the C40 Cities network and funded in part by the German Environment Ministry, points out that climate-friendly economic and social development plans will not only help reduce emissions but also "enhance economic prosperity [and] make cities better places to live."

Those cuts would deliver more than half of the world's needed carbon reductions, and at the same time create "places where people are healthier and more productive."

Here's a look at some of the recommendations about what cities could do: 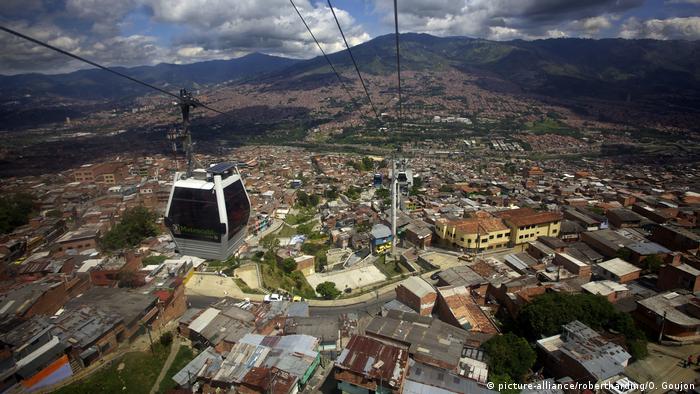 Over three decades, Medellin went from the "world's deadliest city" to a zone of innovative public transport solutions

Where this is already happening

The CUT report gives numerous examples of cities and regions that have already been transformed by focusing on low-carbon, participatory development and efforts to eradicate poverty and reduce inequality.

Nearly 30 years after ranking as the "world's deadliest city," Medellin — the former poverty-stricken center of Colombia's drug trade — now boasts higher living standards thanks to solid municipal development plans for neglected neighborhoods and public transport upgrades. Cable cars that connect poorer areas of the city have ushered in an era of innovative public transport solutions for a network that now accommodates 256 million passengers a year.

Residents of the megacity of Indore went from suffering from noxious smog and human waste in the streets in 2016 to living in India's cleanest city by 2018. The dramatic makeover was thanks to ambitious waste management projects funded by public and private partners and legislation changes at the national level.

And in Germany, the transition to renewable energy over the last two decades — from 6% of electricity production in 2000 to 38% in 2018, resulting in hundreds of thousands of new jobs — has been achieved through a combination of national policies, partnerships between federal and city governments and citizen-owned energy initiatives.

But cities can't afford to waste any time enacting these changes, with the CUT report warning of a "short window of opportunity." Any urban plans launched today — infrastructure, transport, energy supplies, buildings — will likely still be in place decades from now.

"The policies and investments made in the next two decades will determine the quality of life on this planet for generations to come," said British economist Nicholas Stern of the London School of Economics, in the report.

Speaking to the press, Christiana Figueres, a former UN climate official and current vice chair of the Global Covenant of Mayors, a coalition of more than 10,000 city leaders addressing climate change, stressed the importance of national support for these plans.

"Cities cannot do this alone," she said. "All of these mayors have pledged and are working toward decarbonizing their urban areas, but there is a very clear limit as to what they can do without a coherent policy with national governments."

The report's authors noted that even if support for climate policies falls short at the national level, commitment at the local level can still make a big difference.

"Cities aren't waiting for anybody to take action," said Eric Garcetti, mayor of Los Angeles, pointing out that cities can enact many necessary measures on their own. In the US, "where the Trump administration is actively pulling us backward in the fight against climate change, mayors and cities are still doing the work that serves our residents and our futures."

Commenting ahead of the report's publication, Felix Creutzig of TU Berlin's Institute of Landscape Architecture and Environmental Planning also pointed to the difficulty of convincing fast-growing urban centers in developing countries like China, India and much of Africa that they should give up the easy, fossil-fueled path to development enjoyed by wealthier nations in North America and Europe.

"Importantly, the 'American way of life' still serves as a role model in many countries," Creutzig told DW in an email. "There is a need to build visuals and imagery that depict a status-rich low-carbon way of life that is inclusive and just."

Looking ahead to UN climate smmit

One of the main issues up for discussion at next week's UN Climate Action Summit in New York will be how the world can bring about a "full transformation of economies in line with sustainable development goals." In its report, CUT says cities are in a prime position to contribute to this shift.

"[The UN summit] is the time for national governments to demonstrate leadership and seize the urban opportunity," says the report. With countries boosting their efforts to reduce emissions ahead of the COP26 climate change conference in late 2020, "it is vital that cities are at the heart of their low carbon economic and development priorities."

CUT warns that the next 15 months will be "critical in tackling the climate crisis," with world leaders aiming to intensify their 2020 climate goals in an effort to reduce greenhouse gas emissions by 45% over the next decade.

Growth of urban farming in Nigeria

Municipal cyberadministrations, automated traffic flow, energy-efficient buildings — the cities of tomorrow will be smart. Cologne's "climate street" project shows what a digital city could look like in practice. (19.05.2019)

Electric taxis — a welcome drop in Nairobi's pool of emissions

An electric taxi can travel 150 kilometers on full charge. As the Kenyan capital struggles with air pollution, electric taxis are an opportunity for cleaner transport and also a way to make money. (24.08.2019)