Paris digs deep to green up, cool down

Forests are shrinking around the world, but Europe is bucking the trend, with France at the heart of this reblooming effort. A new €72-million project in Paris plans to transform the City of Light into the City of Green. 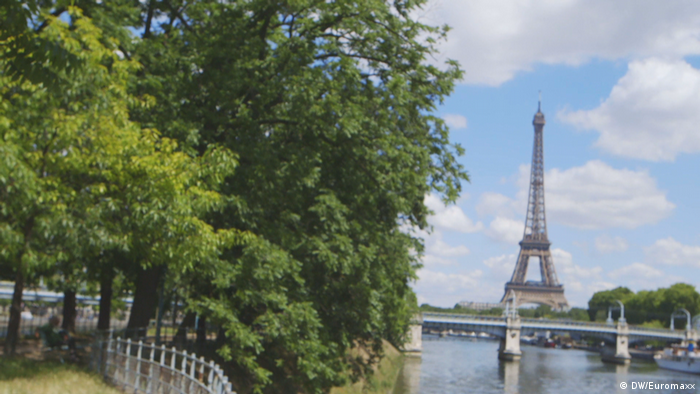 Paris will make itself greener and its streets cooler by creating "urban forests," Mayor Anne Hidalgo says. Her strategy, unveiled recently, is to create new urban parks and gardens, adding 30 hectares (74 acres) of green space and plantation of 20,000 new trees by the end of 2020. She said the €72-million ($84-million) plan would create the largest garden in the city around the Eiffel Tower.

The first phase is now expected to take place on an unused train line planned to create a green belt in the city, similar to the High Line Park in New York.

"We have an obligation to act today to avoid making this city impossible to live in down the road," Hidalgo said in an interview with Le Parisien.

Vincent Viguie, a scientist at the Paris-based International Research Center on Environment and Development, believes the city can create microclimates and reduce street-level temperature by reducing amplification of the heat off sidewalks and buildings.

European plantations are growing by an area the size of 1,500 soccer fields every day and France is leading the way. This despite the huge forest fires witnessed in recent years as temperatures rise.

Forests cover almost a third of France, due in part to increased protection and a decline in farming. The country is the fourth most forested in Europe, after Sweden, Finland and Spain. Since 1990, France's overall wooded or forested areas have increased by nearly 7%, that is 90,000 square kilometers (34,500 square miles), or about the size of Portugal.

The head of French energy firm Total said recently the company would invest $100 million annually on a new forest preservation and reforestation project.

"We want to set up a business unit to invest in projects that will preserve forests," Chief Executive Patrick Pouyanne said. "The most effective way today to eliminate carbon, for less than $10 a ton, is reforestation," he added.

"This is not philanthropy," he added. "It's about investing in the medium and long term. A project for the forests, it has to last a long time to be positive for the planet."

According to a study carried out by the University of Zurich on 520 big cities around the world, from now up to 2050 urban areas located in temperate regions will experience a climate change that would be similar in effect to them shifting 1,000 kilometers (600 miles) south.

A study released in July said that a massive campaign of reforestation could help battle climate change. The study by ETH Zurich and published in Science said a large-scale operation could capture two-thirds of man-made carbon emissions and reduce overall levels in the atmosphere to their lowest in almost a century.

Germany’s parched forests are nearing ecological collapse, foresters and researchers warn. More than 1 million established trees have died since 2018 as a result of drought, winter storms and bark beetle plagues. (20.07.2019)