Germany’s parched forests are nearing ecological collapse, foresters and researchers warn. More than 1 million established trees have died since 2018 as a result of drought, winter storms and bark beetle plagues. 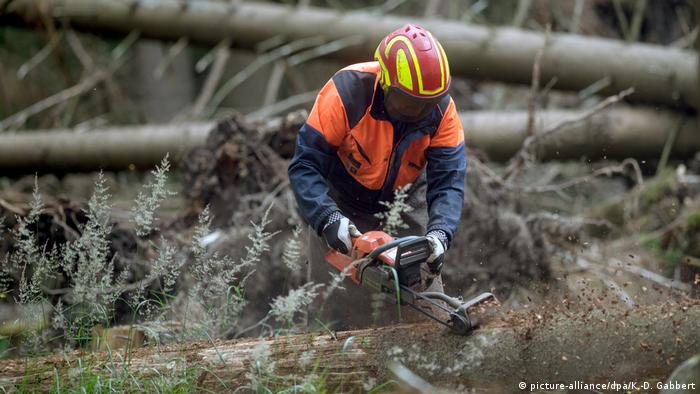 Germany's forests are undoubtedly suffering as a result of climate change, with millions of seedlings planted in the hope of diversifying and restoring forests dying, warns Ulrich Dohle, chairman of the 10,000-member Bunds Deutscher Forstleute (BDF) forestry trade union.

"It's a catastrophe. German forests are close to collapsing," Dohle added in an interview with t-online, a online news portal of Germany's Ströer media group.

"These are no longer single unusual weather events. That is climate change," said Dohle.

Parts of Germany without forests?

Helge Bruelheide, co-director of Germany's Center for Integrative Biodiversity, warned: "if the trend prevails and the annual precipitation sinks below 400 millimeters (15.7 inches) then there will be areas in Germany that will no longer be forestable."

Lüdenscheid, a densely forested area in central Germany, was no exception, Bohle added. Its precipitation had slumped from one-meter (39 inches) in 2017 to only 483 millimeters last year. 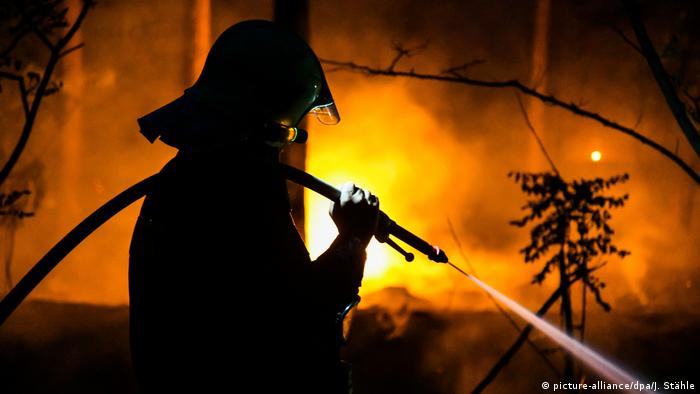 Hot, dry summers and a lack of rainfall have placed Germany's forests at high risk of fire

Catchments in central Europe collected only 10% more rainfall in the first half of 2019, compared to the same period in 2018, a trend exacerbated by uneven wet-then-dry months, Germany's Institute of Hydrology (BFG) reported Thursday.

Low river levels remain unchanged in many parts of Germany, the BFG said, with only the Rhine River currently "unimpaired" for shipping. It's expected to fall in the coming weeks as dry, warmer weather returns.

One million older trees have since died — not only heat susceptible spruces, but even Germany's prized European Red Beech which had been widely planted over the past decade in the hope of creating climate stable forests, Dohle added.

Where will it end? 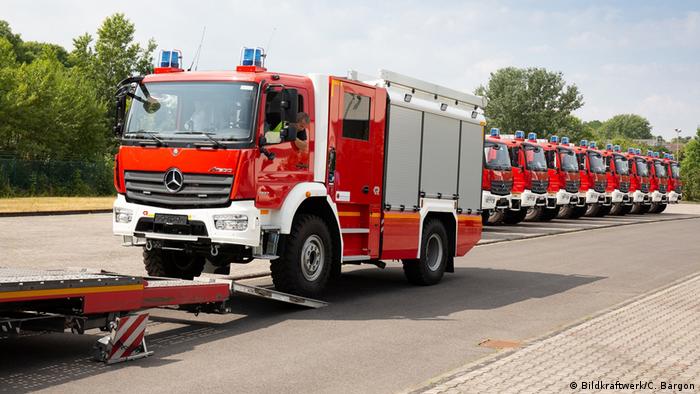 Over the past two decades, forestry personnel had shrunk by 50%, Dohle added.

The first batch of the German-designed vehicles had been handed over to fire brigades in the states of North Rhine-Westphalia and Lower Saxony, the BBK added.

Germany's unseasonal wildfire risk has prompted fire brigades to call for military helicopters to be kept on standby for water dousing. Forest blazes have already occurred in springtime Europe. (24.04.2019)