The fire engulfed parts of the former Lübtheen military training ground, which is littered with old munitions. The largest wildfire in Mecklenburg-Western Pomerania's history has been brought under control. 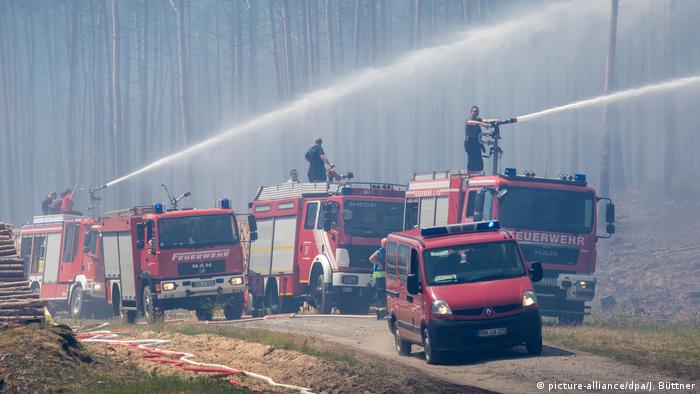 A forest fire raged through a former military exercise ground in northern Germany and spread to an area the size of more than 800 football fields before being brought under control on Wednesday.

"We have the fire under control now," said district administrator Stefan Sternberg. The fire has been contained on all sides, he added. Of the 1,200 hectares (2,965 acres) affected, 700 hectares were still burning, Sternburg said on Wednesday morning. The reduction was partially due to the lower temperatures overnight and it was possible some fires could be fanned by higher, daytime temperatures.

The fires had been contained by creating avenues and pathways between wooded areas. There was some concern Wednesday that winds could cause the fires to move over the gaps.

Firefighters have been hampered in their struggle to battle the flames due to the presence of unexploded mines and ordnance in the soil, some dating back to World War II.

The fire near Lübtheen in the state of Mecklenburg-Western Pomerania, the largest in the state's history, started last week and was believed to have been put out on Friday before it started again on Sunday, due to what authorities believe to be arson. 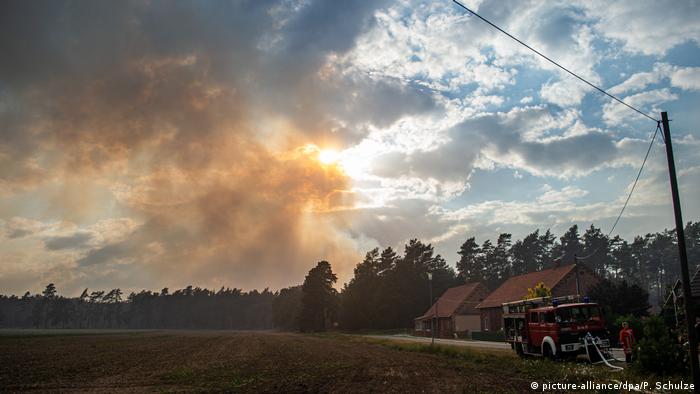 With more than 2,000 firefighters and rescue crews working around the clock, the military commander in the state said emergency forces were "going from defense to offense" to extinguish the fire.

Firefighters from Mecklenburg-Western Pomerania, Lower Saxony, and Schleswig-Holstein worked four shifts a day to bring the blaze under control.

Armored recovery vehicles were deployed to clear paths through the forest for firefighters, who have had to take extra precautions to avoid the old munitions. Up to eight firefighting helicopters supported the operation.

Four small towns were evacuated, and officials said that 780 people were forced to move to emergency shelters. 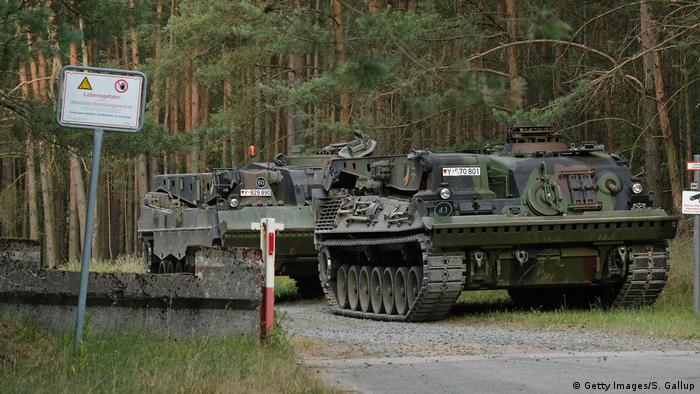 The armored recovery vehicles can be used to clear stretches of trees.

Hundreds of firefighters are battling one of the biggest blazes in the region's history. Officials fear the fire could engulf a munitions warehouse that contains World War II-era explosives. (01.07.2019)