Mecklenburg-Western Pomerania attracts with its wide open spaces and untouched nature. The white sandy beaches of the Baltic Sea coast and the more than 1,000 lakes magically attract vacationers. 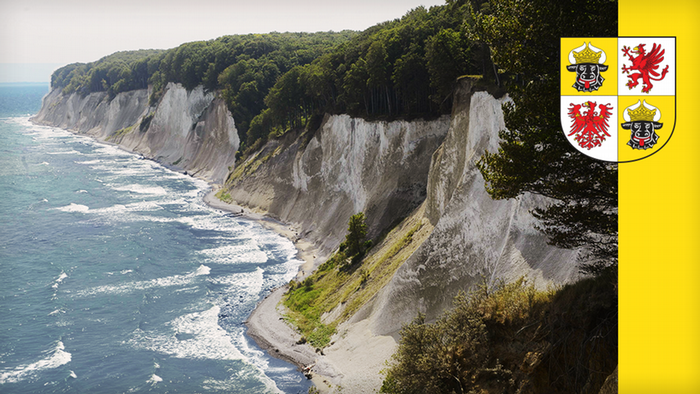 The famous chalk cliffs on the Baltic Sea island of Rügen

Plenty of water, not too many people — if you're looking for peace and quiet, Mecklenburg-Western Pomerania is for you. Only in summer do the beaches on the Baltic Sea coast sometimes get really full.

The ships between the piers, the 150-meter-wide sandy beach and the promenade with the venerable lighthouse have long since made the former fishing village on the Warnow a popular holiday resort on the Baltic coast. Normally a sure bet for carefree summer vacations. But the summer of 2020 was dominated by the coronavirus. Check-inpresenter Lukas Stege went there to find out how visitors and locals experienced vacations during the coronavirus pandemic.

A Baltic Sea holiday despite COVID-19

Miles of beaches belong to Rügen as well as the steep coast with the famous chalk cliffs and the UNESCO World Natural Heritage Jasmund National Park. Germany's largest island is also one of the places with the most hours of sunshine in Germany.

Along its 2200 kilometers of coastline in Germany there are many more reasons why the Baltic Sea is a favorite destination for Germans.

Twelve lakes extend into the center of Schwerin. One of the most beautiful castles in Mecklenburg, the Schwerin City Palace, rises picturesquely on an island. The Grand Dukes of Mecklenburg-Schwerin had it built in the 19th century in the style of a historic French moated castle.

Every trip should also include sampling local cuisine. Here a typical recipe from Mecklenburg-Western Pomerania that you can cook at home: Pears, beans and bacon

How to make pears, beans and bacon