The number of forest fires in Germany jumped fourfold last year, setting a 15-year high. Hot, dry conditions have increased threat levels, and there are concerns local fire brigades are ill-equipped to respond. 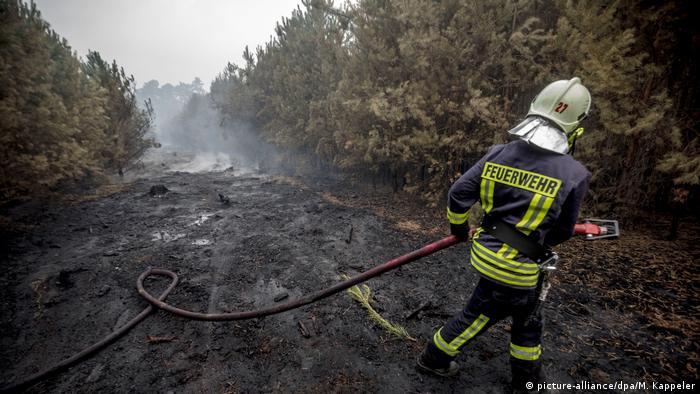 There were 1,708 forest fires in Germany in 2018 — more than four times as many as the previous year, the Rheinische Post newspaper reported Saturday.

It was the highest number of blazes recorded in the country since 2003.

The fires last year burned through more than 2,300 hectares of forest, compared to the 400 hectares destroyed in 2017.

The figures are based on a government response to a request from the Free Democrats (FDP). 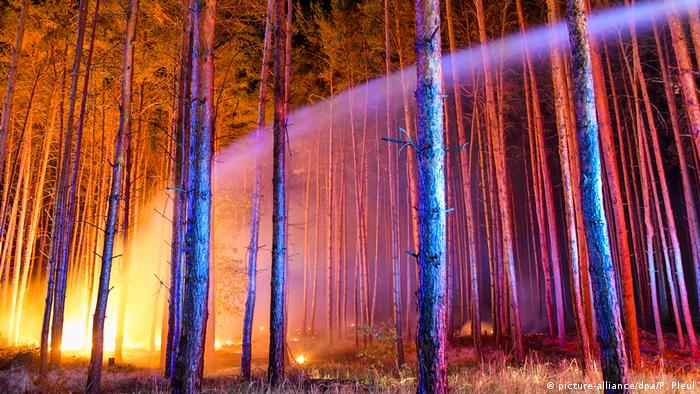 Fires fanned by winds spread quickly through Brandenburg in 2018

Firefighters were deployed far more often in Germany's east than in the west, according to the report.

The most blazes — 512 in total — were recorded in the state of Brandenburg. Huge wildfires broke out there in August amid a prolonged drought and an unusually hot summer.

"The number of forest fires is increasing," the FDP's Karlheinz Busen told the Post. "Germany is poorly prepared to fight the coming challenges posed by wildfires." 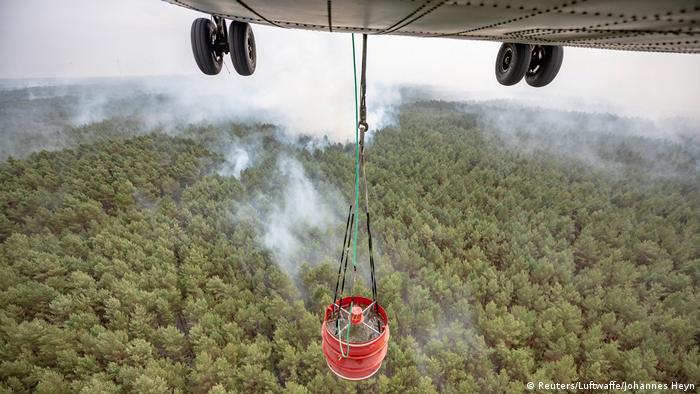 In Germany, municipal authorities are responsible for fighting fires, not the federal government. However, local fire brigades can request federal and regional state assistance, including the provision of police and military vehicles during major emergencies.

He pointed to Brandenburg as an example, which has "relatively few firetrucks at its disposal."

Earlier this year, Germany's fire brigade federationcalled for military helicopters to be kept on standby to help douse flames in the event of fires during the 2019 summer season.

A spokeswoman from the Interior Ministry said an extra €100 million ($111 million) had been set aside to fund firefighting and disaster protection measures from 2019 to 2022.