Forest fires near Berlin could burn for days

German authorities have warned that it could be some time until forest fires burning outside Berlin are extinguished. Hundreds of firefighters have been deployed to the area, but strong winds are hampering their efforts.

"At the moment, it's not clear when we will be able to give the all-clear. It could be a matter of days," he told reporters. "The wind is a huge a concern."

About 600 firefighters backed by helicopters and water cannons are battling the fires some 50 kilometers (30 miles) outside the German capital. Strong gusts of wind have fanned the flames, expanding the blazes to an area the size of 500 football fields and sending smoke as far as Berlin and Potsdam.

"The fire continues to be a big threat," Woidke said. "But we will do everything to protect people's property."

The fact that the burning forests are laden with unexploded munitions is also complicating firefighting efforts. Local authorities said there had already been several explosions.

Authorities ordered total evacuations for the villages of Frohnsdorf, Klausdorf and Tiefenbrunnen overnight. Loudspeaker announcements told residents to leave their homes and take only their most important possessions, such as identification papers and medicines.

Most of the 540 villagers stayed with relatives, officials said, although several had to spend the night at a town hall in nearby Treuenbrietzen.

"We've had forest fires before but never of this magnitude," Treuenbrietzen Mayor Michael Knappe said.

Read more: Living in Brandenburg: Much more than a commuter town 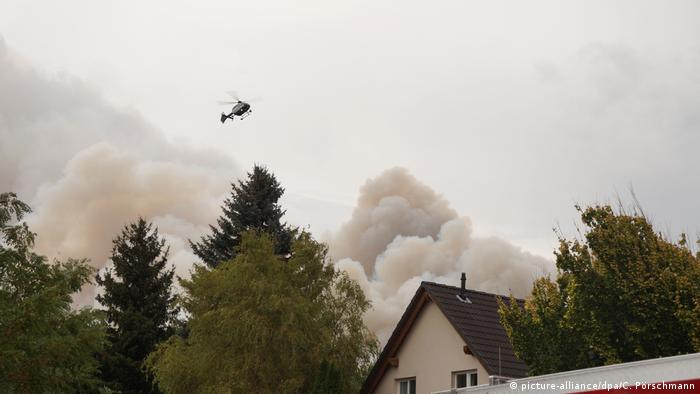 Smoke could be seen from kilometers away

Residents of Frohnsdorf were permitted to return to their homes late Friday morning, but evacuation orders for the other two towns remained.

Isolated showers were forecast for parts of Berlin and Brandenburg, but meteorologists could not predict whether the rain would fall on burning areas.

The fire has already begun to affect regional train traffic between Wannsee and Jüterbog, as well as some trains heading from the area throughout eastern Germany. The blaze has not, however, affected air travel into and out of Berlin airports. 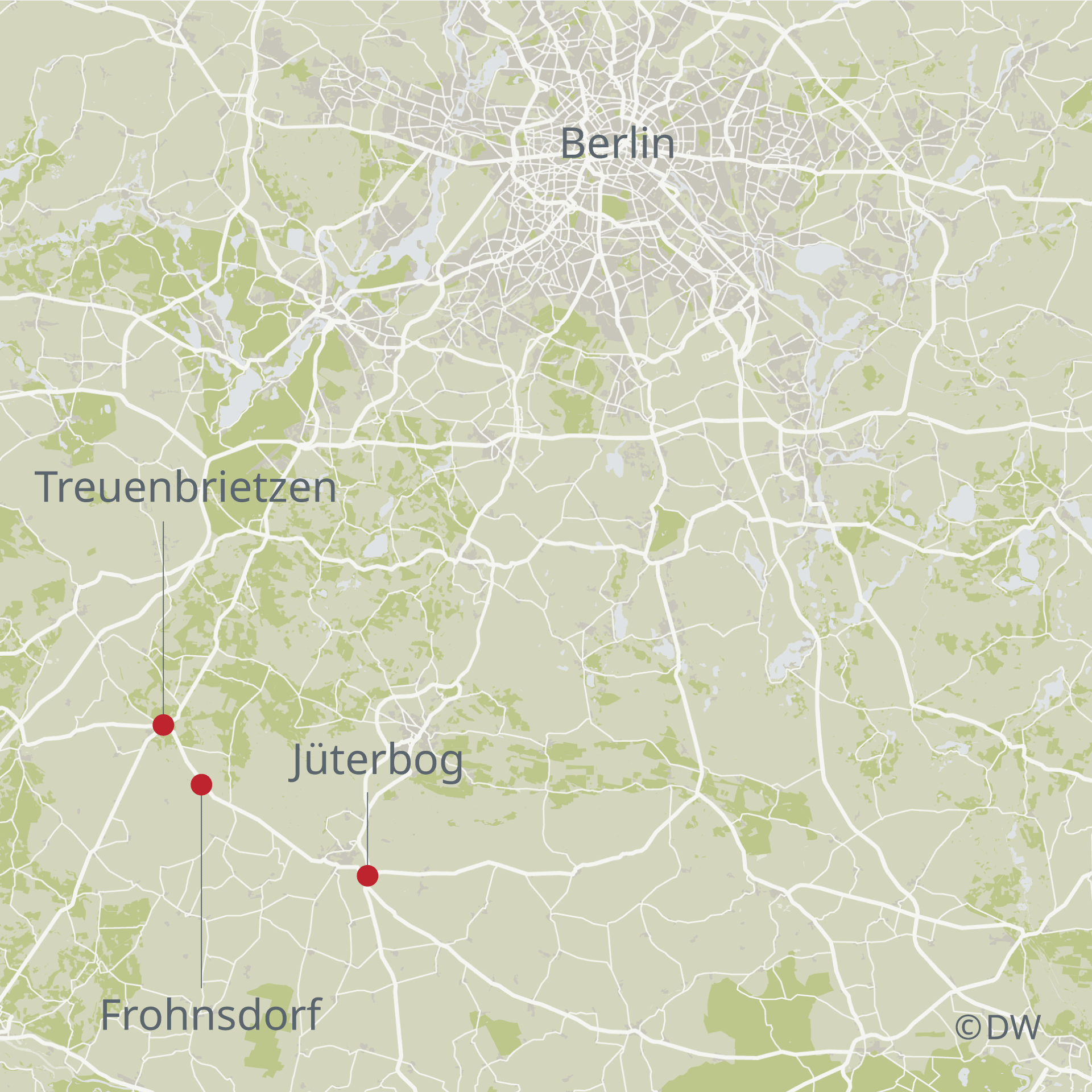 Raimund Engel, the Brandenburg commissioner overseeing forest fires, said he was expecting major damage. The blaze had developed into a "full fire" that was no longer just burning the ground but had also spread into the treetops, he added.

Christian Stein, a local official for the district of Potsdam-Mittelmark, said the presence of unexploded munitions meant there were areas firefighters simply couldn't go.

"I hope the weather will play along and the winds won't increase again," he said. "We are yearning for rain."

"The fire still has not been pushed back, but it also hasn't taken a building with it."

Brandenburg has endured a particularly hot summer this year, and rainfall has been scarce for several months. Vast areas have dried up as a result, increasing the risk of fires.

A local mayor has said that while the region has often had forest fires, they have never been of this magnitude. The fire has spread to the size of 400 football fields. (24.08.2018)