EU states join forces to fight deadly wildfires across Europe | Europe| News and current affairs from around the continent | DW | 25.07.2018

In today's turbulent political times, it is easy to give up on the idea of European Union solidarity. But the response to wildfires in Sweden and Greece is proof that unity is still possible. Who's helping whom, and why? 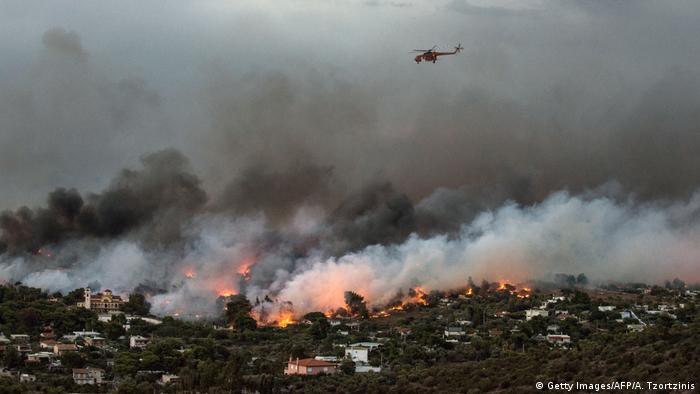 The heart of the European Union's disaster prevention apparatus is located in three plain offices along Rue Joseph II in Brussels, home to the Emergency Response Coordination Center, or ERCC. With the help of satellite data, five employees monitor existing or potential crises within the EU, around the clock.

This week, they've more than had their hands full. In Sweden, massive forest fires continue to blaze out of control. And in Greece, at least 74 people have been killed in fast-moving wildfires. More than 150 people have also been injured, including many children.

Efforts to fight the flames are ongoing — and the EU is presenting a united front. Sweden has had offers for assistance from Germany, Italy, France, Lithuania, Denmark, Portugal, Poland and Austria. Seven water bomber planes, seven helicopters, and more than 340 firefighters have been supporting the Swedish first responders. Germany alone has sent more than 50 firefighters, nine fire trucks and five helicopters to Sweden. 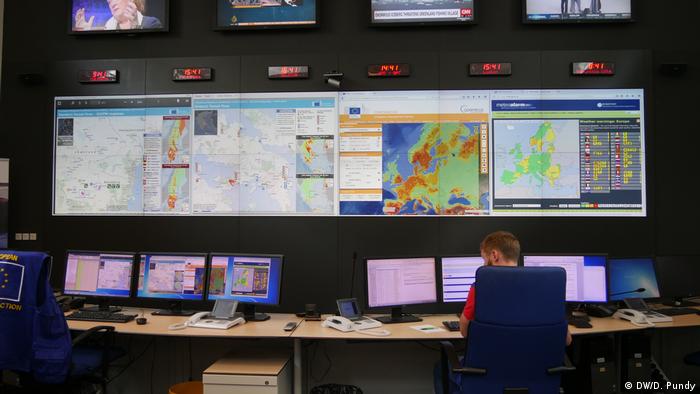 With the help of satellite data, employees at the ERCC monitor potential disasters around the clock

The EU says that it is currently involved in the biggest joint mission to fight wildfires in the bloc's history. "We’ve been working around the clock to help Sweden," said Christos Stylianides, EU commissioner for humanitarian aid and crisis prevention. "That is our duty in a Europe that protects its citizens." The fires in Sweden show that "climate change is real and that no country is immune to natural disasters," he added.

Greece is also getting assistance from other EU countries. Cyprus, Spain and Bulgaria are offering support in the form of airplanes, firefighters, doctors and vehicles.

Both Stockholm and Athens have activated the EU disaster prevention mechanism, coordinated by the ERCC since 2013. Founded in 2001, all 28 of the bloc's member states plus six other countries take part in the program, which oversees aid missions in the event of both natural and man-made disasters — including outside of the EU. Since 2010, it has been used to respond to the Fukushima nuclear disaster in Japan, the Ebola epidemic in Western Africa, and the Syrian civil war, for example. 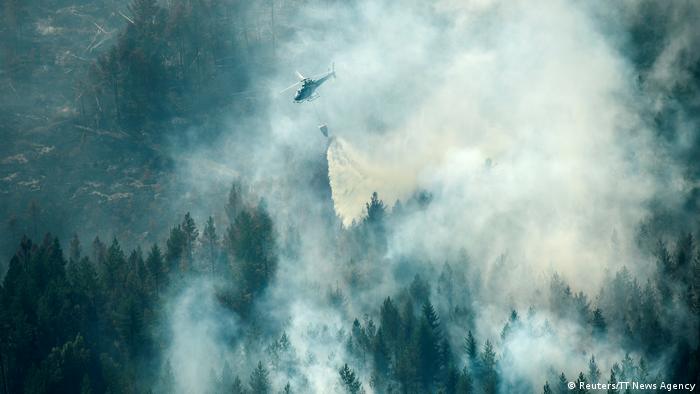 'They help as best they can'

When a government asks the EU for help, the ERCC passes the request on to the member states. If the disaster prevention mechanism is activated, the affected country tells the center what type of aid it needs. The participating countries in emergency missions depends mainly on each country's resources and experience in dealing with the relevant scenario.

"The mechanism works on a voluntary basis," said Carlos Martin Ruiz de Gordejuela, press spokesperson for the European Commission. "The countries are not obligated to help, but they do it anyway. They help as best they can, with the resources they have available to them."

Germany, for example, may not have water bomber planes at the ready, but can offer other forms of support in the event of wildfires. As Sweden doesn't have much experience with these sorts of fires, it makes sense for other countries to provide their resources and expertise.

But the mechanism doesn't always work without a hitch. "In the cases of Sweden and Greece, we were able to answer the calls. But we have to admit that this isn't always the case, especially if you look at last year," said Ruiz de Gordejuela.

In 2017, the mechanism was activated 17 times for wildfires, according to the EU. But in seven cases, the call could not be answered.

"When we get a call because of a fire, then there are usually fires burning in other places as well, which can mean that the needed resources aren't available," said Ruiz de Gordejuela.

However, there are plans in the works to improve the service, especially with regard to financing. Currently, around half of the transport costs come out of the EU budget, while the expenses for the mission are borne exclusively by the member states. Initially, the donor state covers the cost, but the recipient state can reimburse the donors. In future, the EU may share in the costs of the missions as well.

Another suggestion for improving the disaster prevention mechanism is the strategic positioning of EU emergency personnel, who can quickly be in the affected area in the event of a disaster. Additionally, there are plans for further training and improvements to the exchange of information. This doesn't mean that the EU member states will have any less responsibility in future, however.

"They will remain the key actors when it comes to managing crisis situations," said Ruiz de Gordejuela.

As the planet heats up, wildfires in wine country are becoming more frequent and more intense, forcing vintners to get creative. And you can taste that. (14.05.2018)