Planting a massive number of trees is the most effective way to combat global warming, scientists have said. Reforesting an area the size of the United States could capture two-thirds of manmade carbon emissions. 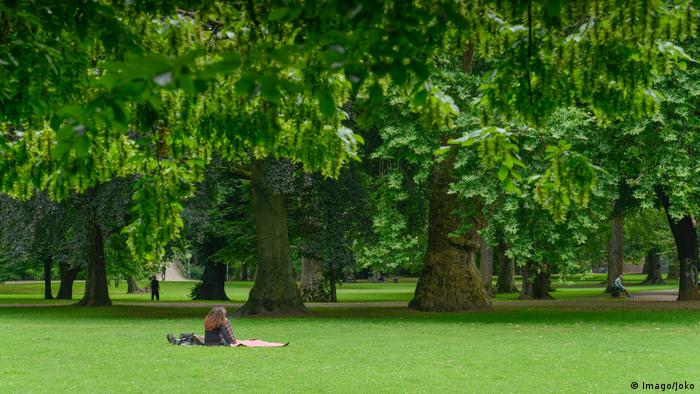 A report from Swiss scientists published on Thursday said an effective way to stem the catastrophic consequences of climate change would be to plant about 1 trillion trees. This would take up an area roughly the size of the United States, but there is more than enough room, according to the study published in the journal Science.

"Every other climate change solution requires that we all change our behavior, or we need some top-down decision from a politician who may or may not believe in climate change, or it's a scientific discovery we don't yet have," researcher Tom Crowther told the Thomson Reuters Foundation. "This one is not only our most powerful solution — it's one that every single one of us can get involved with."

Over decades, the growing trees could suck up nearly 830 billion tons (750 billion metric tons) of carbon dioxide from the atmosphere, according to the study. That's about as much carbon pollution as humans have spewed in the past 25 years.

Crowther added, however, that while this was a cheap solution, it would not work without emissions cuts. Researchers emphasized that there are also behavioral changes that would work faster, such as cutting animal products out of one's diet.

The report noted that the countries with the most room for the trees are Russia, Canada, the United States, Australia, Brazil, and China. Brazil has been the site of some of devastating deforestation in the world in recent decades.

The benefits of this solution would also be seen relatively quickly as trees remove more carbon from the air the younger they are.

Planting trees will also help stop the loss of biodiversity occurring all around the world and prevent natural disasters such as floods.

Some scientists not involved with the study expressed skepticism about the findings.

"Restoration of trees may be 'among the most effective strategies,' but it is very far indeed from 'the best climate change solution available,' and a long way behind reducing fossil fuel emissions to net zero," said Myles Allen, a geosystem science professor at Oxford, the AFP news agency reported. "Yes, heroic reforestation can help, but it is time to stop suggesting there is a 'nature-based solution' to ongoing fossil fuel use. There isn't. Sorry."

Climate change: Millions of hectares of tropical forest destroyed in 2018

A study found that the world lost an area of tropical forest roughly the size of England in 2018, equal to about 30 soccer fields every minute. The implications for efforts to fight global climate change are dire. (25.04.2019)