First Hamburg and Stuttgart, now the diesel ban has come for Germany's financial capital. A new ban could affect a quarter of vehicles in Frankfurt, as well as countless commuters. 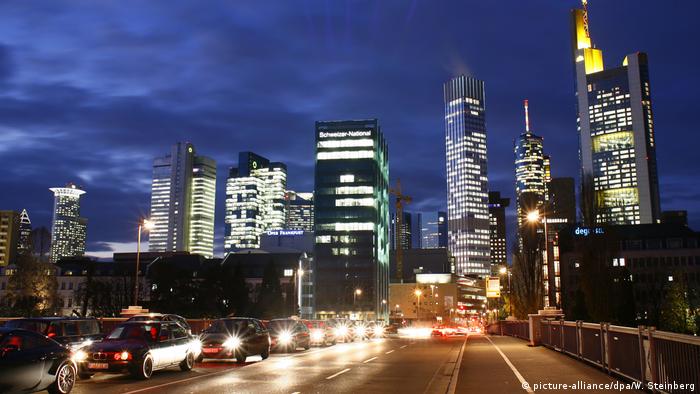 The western German city of Frankfurt must introduce a ban on diesel vehicles, a court ruled on Wednesday.

The German administrative court in Wiesbaden ruled in favor of the group Deutsche Umwelthilfe (DUH, known in English as Environmental Action Germany), and ordered Hesse to bring the city into line with regulations by banning high polluting diesel vehicles from parts of the city.

DUH bought the case after February's landmark ruling by the Constitutional Court that allowed for inner-city diesel bans.

Several German cities have now planned to, or have already started imposing partial diesel bans, including Hamburg and even car-mad Stuttgart, home to Daimler and Porsche.

Other cities including Aachen and Düsseldorf are also considering bans.

The Wiesbaden court ruled that from February 2019, Frankfurt must ban diesel cars of Euro-4 emission standards or worse, as well as petrol cars of Euro-1 and 2 standards. Euro-5 diesels must be banned from next September.

If upheld, the ruling would affect about a quarter of the cars registered in Frankfurt, as well as countless commuters and visitors from the surrounding area.

"The driving ban is necessary because all other measures considered by the state will not lead to a significant reduction of nitrogen oxides emissions in an appropriate time," said presiding judge Rolf Hartmann.

DUH argued that the only way Frankfurt could meets its European Union obligations on nitrogen oxide and dioxide pollution was to ban older diesel vehicles.

"We need to understand that this is about a threat to our health," the DUH lawyer said in his opening remarks.

The court did not specify which areas would be affected by the new driving ban, but the judge suggested basing it on the existing borders of the environmental zone, which many German cities use to ban heavily polluting vehicles.

The ruling is not yet binding. Hesse's Minister President Volker Bouffier and Environment Minister Priska Hinz demanded the federal government act to legislate a retrofit of older diesel cars with filtering systems.

"We do not want driving bans, but instead a fundamental solution to the problem, " Klaus Oesterling, a Social Democrat and the head of Frankfurt's traffic department, told DPA news agency.

Jail for regional politicians defying a court order is being sought by Bavaria's top administrative chamber. Bavaria's government says the judicial "threat" for its failure to tackle Munich's air pollution is "absurd." (27.08.2018)

More than 170 drivers have been caught violating a partial ban on diesel cars in Hamburg. The city was the first in Germany to impose such a measure in a bid to curb air pollution. Now Stuttgart wants to follow suit. (13.07.2018)