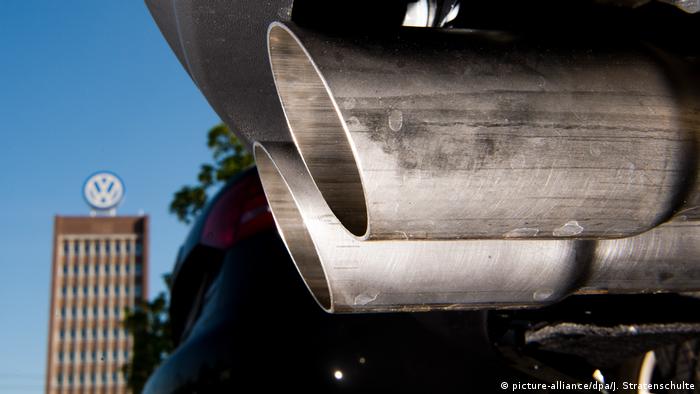 The European Automobile Manufacturers' Association (ACEA) admitted on Tuesday that Europe's car industry would find it hard to meet the EU's 2021 target of 95 grams of CO2 per kilometer (57.4 miles per gallon) for average fleet emissions, and flatly rejected an EU proposal for steeper cuts beyond 2030.

Erik Jonnaert, the head of the industry group, told Germany's Deutsche Presse-Agentur news agency that there was "a lot of concern" among carmakers about how they should meet the ambitious targets.

Jonnaert noted that currently carmaker's most modern fleets emit about 118.5 g/km of CO2 on average. By 2021, the EU Commission wanted fleet emissions to be cut by 20 percent, and was planning on reducing them by a further 30 percent by 2030.

"Of course it feels good to have high reduction targets on paper, but we want to make sure that whatever is put on paper, at least for our industry, we can deliver," he said.

The EU goals are part of global efforts to reduce CO2 emissions — a greenhouse gas, which experts blame for causing climate change. Car fleet emissions in Europe have started to rise again, as more and more buyers are worried about likely diesel car bans in European cities.

Read more: Opinion: Is this the end of mobility?

Although diesel engines spew out less CO2, they emit more hazardous substances like nitrogen oxides, causing authorities to worry about air quality, notably in cities. Another source of rising CO2 emissions is said to be an increase in sports utility vehicles (SUVs), which have grown popular with customers in recent years.

In the interview with DPA, Jonnaert said that higher reductions of more than 20 percent were "unrealistic" against this background and "despite all efforts" by carmakers.

In an effort to substantiate its claims, the ACEA also published a study by US-based FTI Consulting, saying that the EU's emission targets and its forced push for electric cars are threatening manufacturing jobs in the car industry.

The study points out that many of these suppliers in the EU are small- and medium-sized companies, which are likely to struggle more with making the transition in a short timeframe than car manufacturers.

Although the FTI report did not quantify the number of job losses it expects, it noted that European carmakers account for more than 11 percent of total EU manufacturing employment.

Commenting on the findings of the report, ACEA's Jonnaert noted that carmakers were "eager to move as fast as they can" toward zero-emissions vehicles. "However, the entire European automotive supply chain will need to transform at a pace which is manageable, protecting employment and the long-term viability of the sector," he added.

On September 10, the Environment Committee of the European Parliament will be voting on post-2020 CO2 targets as well as on benchmarks for battery electric vehicles sales. A vote on its proposals in the EU Parliament is due in early October.