More than 170 drivers have been caught violating a partial ban on diesel cars in Hamburg. The city was the first in Germany to impose such a measure in a bid to curb air pollution. Now Stuttgart wants to follow suit. 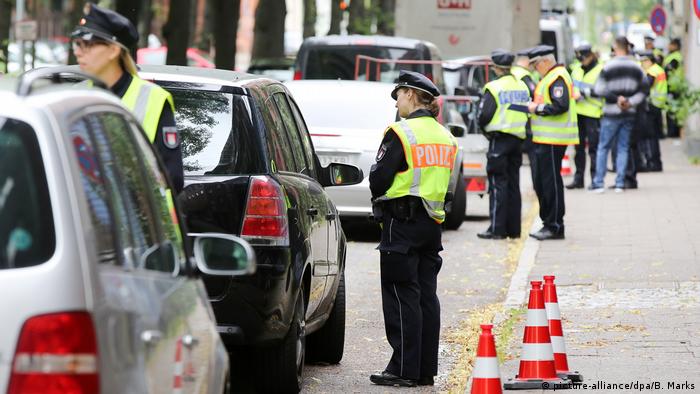 The city imposed the restrictions in May as part of an effort to improve air quality. Under the new rules, vehicles that do not meet the latest Euro-6 emissions standards are prohibited from two busy stretches of road in the central district of Altona-Nord.

Police say they checked more than 600 cars and trucks in the designated areas during four operations between June 21 and 26. A spokesman added that further operations were planned.

Hamburg was the first to act, but some critics have dismissed the new measures there as ineffective because they only apply to two streets.

Diesel demand down in Germany

On Wednesday, the southwestern city of Stuttgart — home to car makers Audi, Porsche and Mercedes-Benz — announced plans to impose its own ban on diesel cars from January next year. Authorities say they want to keep parts of the city's downtown free of diesel vehicles that fall under the Euro-4 or older emissions standards.

A number of major capitals around the world, including Paris, Madrid, Mexico City and Athens, plan to ban diesel cars from their city centers by 2025.