Cologne and Dortmund lead charge for German smart cities | Germany | News and in-depth reporting from Berlin and beyond | DW | 19.05.2019

Municipal cyberadministrations, automated traffic flow, energy-efficient buildings — the cities of tomorrow will be smart. Cologne's "climate street" project shows what a digital city could look like in practice. 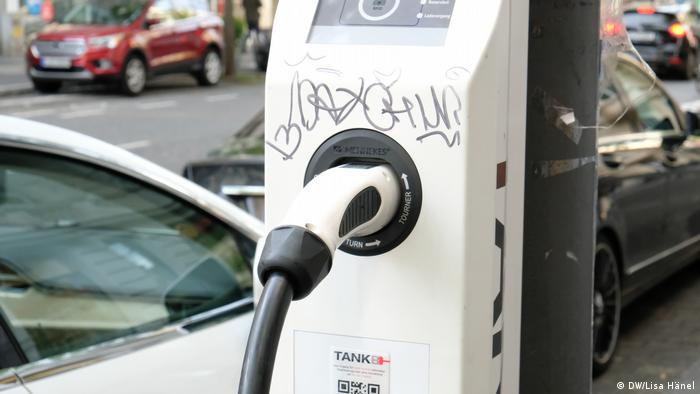 "Smart city" has become the buzzword in urban development.

Projects are underway across Germany. The western city of Cologne is trying to make traffic flow more efficiently and testing climate-friendly technologies in cooperation with the electricity company RheinEnergie. "We call it the living lab," project manager Christian Remacly said, acknowledging the need for trial and error. 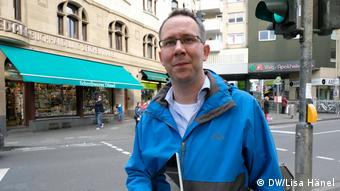 Remacly is overseeing the project in Cologne

Many cities, including Dortmund, which is near Cologne in the state of North Rhine-Westphalia's Ruhr region, develop all of their smart city ideas under one roof. A smart city is an intelligent, networked city that "improves the quality of life," said Sebastian Winkler of Allianz Smart City Dortmund.

That's one definition. "Smart city is a label that is very strongly oriented to the criteria of European and international smart city rankings, which are continuously carried out by corporate consultancies such as Roland Berger or McKinsey," said Sybille Bauriedl, a professor of geography at the University of Flensburg. 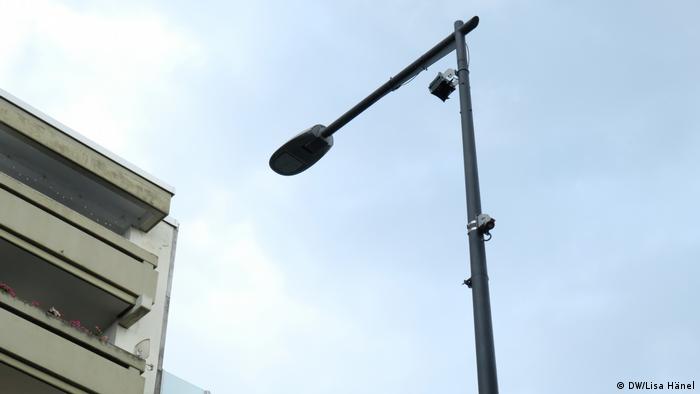 In many parts of Asia, entire synthetic cities have emerged in recent years. Take South Korea: The city of Songdo grew near the capital, Seoul, within just a few years. Waste is separated using sensors, and residents can contact the city administration from the comfort of their own homes via TV.

That model would not fly in Europe, Bauriedl said. Songdo has been criticized as being built for the rich and upper middle class: people who can afford it move to a smart city.

"Songdo was a top-down decision, initiated by the South Korean government and the Cisco IT company, which wanted to test its latest products there," the professor said. "Our cities in Europe have grown over centuries. Digital technologies are added. They complement existing infrastructures."

And complementing the existing infrastructure can be quite a lengthy process. Cologne has designated a downtown street as a "climate street." Holding a tablet computer, project manager Remacly stands in the middle of busy Neusser Street. Barely visible, a camera gauges the traffic light circuit; another surveys the parking situation.

The aim is to generate data and then cross-link it. The plan is that one day a monitor will show drivers the location of free parking spaces in the city and guide them there. Delivery truck drivers will receive traffic light data that will allow them to adjust their speed in order to avoid stopping at red lights. Those are future plans; the present is the test phase. "You can design the best-networked system from A to Z, but, if something doesn't work in practice, you can forget the whole project," Remacly said.

All of the development also comes with risk — largely for people's data security, privacy experts fear. However, proponents of smart city projects play this down. The camera on Cologne's "climate street," for example, records data detailing who is parked where. It immediately deletes the recordings and only transmits a code to the head office that shows whether a parking space is occupied, but not the license plates of the car in it. It has nothing to do with Big Brother-style surveillance, Remacly said.

Read more: 'Scientists have to take to the streets' to counter climate denial

The situation is a bit trickier when cities cooperate with large IT companies. Dortmund, for instance, is working on a smart home project for elderly people. The information collected is sensitive and would be used to indicate whether a person has fallen or left the stove on. The company cooperates with Microsoft. "We take the issue of data protection very seriously," said Bettina Horster, a software project manager for Vivai. "The data is collected in a home collector and only goes out if the person concerned or a relative allows it." Relying entirely on proprietary hardware and software is "not feasible," Horster said.

Professor Bauriedl takes a more critical view. City governments will need to decide whether they want to sign long-term contracts with firms to help organize administration and manage public utilities, she said: "This will give IT companies a monopoly position a city won't be able to extract itself from anytime soon."

The city of Barcelona plans to convert its systems to open source in order to become independent of major IT companies. "Buying the technology is not a bad idea as such," said Jens Libbe, of the German Institute of Urban Affairs. "The question is what happens to it and who has the last word." He said cities could write their agendas into the contracts with the companies they buy from.

Cologne's climate street features another aspect that smart cities focus on: environmental protection. Numerous initiatives include projects designed to ensure that cities are clean as well as smart. Just a few hundred meters from the parking camera on the street, an electric car is being charged at a public station. Energy efficiency and digital urban development belong together. "Traffic that is regulated and produces less congestion also reduces pollutants in the air," Remacly said.

Some measures work better than others, Bauriedl said. Improving traffic flows does not clean the air. "It is still a concession to drivers," she said. People should take public transportation for truly smart cities, she added.

Smart cities are ideally more convenient, better digitally networked, and environmentally more sustainable — but all that depends on residents, as well. In order to test LED lighting in Cologne, shop owners on the climate street were offered the opportunity to convert their fixtures at low cost. Only 21 shop owners accepted the offer, Remacly said.

Cologne is open to projects submitted by citizens to contribute to a smart city. "Digitalization is moving forward, and the people want to use these digital possibilities," said Libbe, from the Institute of Urban Affairs. "It starts to get interesting when technology can improve people's quality of life."