Germany′s coal mining town that became an environmental trailblazer | Germany| News and in-depth reporting from Berlin and beyond | DW | 17.12.2018

For 155 years, Bottrop was a coal town in the industrial Ruhr Valley. Now, the mine is history, but the city is taking the end of this era in stride. Carsten Grün reports on why Bottrop is optimistic about the future. 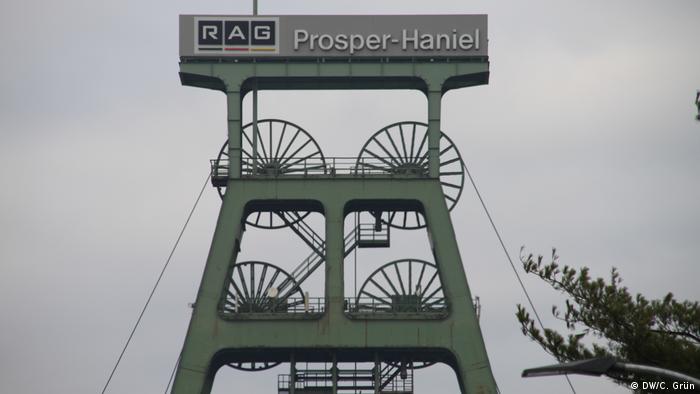 For decades, the Prosper-Haniel colliery wasn't just the biggest employer in Bottrop — it was the only large company in the city. Being without any major companies used to mean a town was at a disadvantage. Today, the reverse is true.

"Very early on, we started to concentrate on attracting lots of small and medium-sized companies with up to 600 employees and getting them to establish themselves here," says the city's official spokesman, Andreas Pläsken. "We could see well in advance what was on the cards, and we were able to prepare."

There were plenty of negative examples of the collapse of large-scale monostructures — such as the demise of the mechanical engineering company Babcock in nearby Oberhausen. It folded around 15 years ago, after 150 years in business. Management mistakes cost thousands of employees their jobs. It was a major blow for Oberhausen, and the effects are still being felt today. There was also the closure of the Opel factory in Bochum. "It's unpleasant when a small company closes, but it's not nearly as bad as when up to 20,000 jobs suddenly go," says a social scientist and professor Jörg Bogumil from Bochum's Ruhr University.

The "small steps, small companies” approach paid off for Bottrop. Unemployment in the city is currently around six percent, which is among the lowest figures in the region. In Gelsenkirchen, for example, twice as many people are unemployed. Also, unlike other towns in the Ruhr, Bottrop's population isn't shrinking. On the contrary: it's rising slightly. 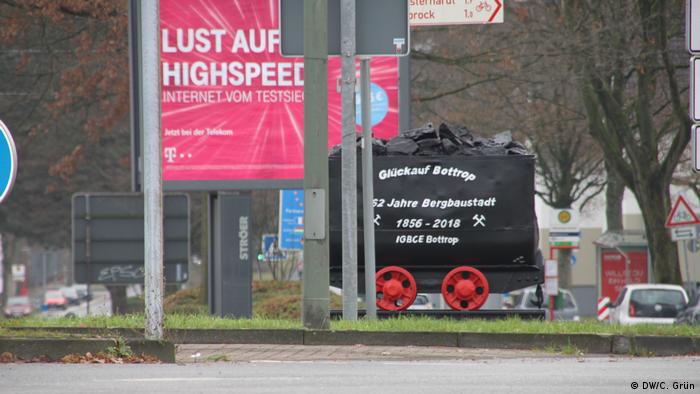 To really understand the positive developments in Bottrop, you have to go back many years. Underneath the city is an invisible 117-kilometer network of underground tunnels. The ground beneath Bottrop and the neighboring towns has been excavated since 1863. For decades, coal mining here both fed the local population and provided the whole of Germany with heat and electricity.

It was clear that one day this would end, which was why the planning that took place in the early 1990s in conjunction with the Internationale Architecture Exhibition Emscher Park was crucial for Bottrop. "Our motto when planning the development was: What's going to define us in the future?"says Andreas Pläsken.

Bottrop developed a town plan based on three core concepts: leisure time, climate, knowledge. Now, as a leisure destination, with a Movie Park, the Alpincenter, and other things to offer, it attracts around two million visitors a year.

The city also gained international prestige by deciding to invest in climate protection and future-oriented technologies. The magic words here are "Innovation City." The aim of this innovation initiative is to restructure the conurbations, making them climate-friendly and involving local businesses in the project.

Furthermore, CO2 emissions were to be reduced by 50 percent, thereby improving quality of life. The project became a model for other communities, not just along the Ruhr and Emscher rivers, but also internationally. "Scarcely a month goes by in which our mayor isn't abroad somewhere, or explaining our concept to foreign media," says Pläsken.

Knowledge transfer and new ideas from the universities

Today, the community's development is characterized by photovoltaics, heat pumps and electricity storage batteries. Germany's energy policy reform is being implemented right here, with the participation of the local population. For example, there's a welding technology company that runs entirely on solar energy. Buildings are built or are renovated, to be climate-friendly and energy efficient.

The project is flanked by knowledge transfer with the local technical college, where engineers and economists are trained. The idea is that they will then contribute to the ongoing development of the city. Bottrop firms collaborate with the polytechnic.

Social scientist Jörg Bogumil believes the universities and technical colleges are an indispensable part of the process of renewal. "The higher education institutions are helping to drive urban development in the Ruhr," he says. Young graduates are still moving away, but Bogumil says that's starting to change: "It's getting better."

Germany's Last Coal Mine Shuts Down

Germany's last coal mine shuts down

Klaus-Heiner Röhl from the employer-friendly German Economic Institute (IW) also sees opportunities. In an interview with the Handelsblatt newspaper, he commented that the Ruhr region could experience an economic renaissance if the change, of course, is implemented correctly.

For Bochum professor Jörg Bogumil, however, it's not only the development of science in the region that's important. "Compared to the national average, we have too few entrepreneurs," he says. "That has consequences for the regional economic effects." Meaning: that fewer start-ups equals fewer new jobs.

But that's what Bottrop is betting on, and clearly, it's paying off. There are now 6,000 students in the city, most of them engineers. The aim is to keep them in the city and help them start new businesses.

For Bottrop, then, the closure of the mine came at a good time. Of course, no one puts it like that. But the mining land this has freed up has given the city much-needed room for maneuver. "We'd reached capacity in terms of commercial premises," says Plässken. "Now, as part of the project with the city of Essen and the RAG Montan real estate company — a subsidiary of the mining company RAG — we have a lot of space we can redevelop.

The two cities have around 1,700 hectares available for the project, which will see the construction of commercial space with residential housing, and an environmental highway linking Bottrop and Essen. For the planners in Bottrop, ecological public transport, e-bikes and driverless cars are the future. Problematic districts will be redeveloped, and there's the possibility of living right on the water, beside the Rhine-Herne Canal. Right now, this is all still a dream — but there's a good chance it'll come true.

From Berlin to Cologne, protesters have gathered to demand more from the government in the fight against climate change. Greenpeace said Germany must lead, and that means phasing out coal by 2030. (01.12.2018)