World must invest $1.8 trillion to take on climate change — report

A global commission — which includes billionaire Bill Gates and former UN chief Ban Ki-moon — has called on nations to invest now to protect against the effects of climate change. 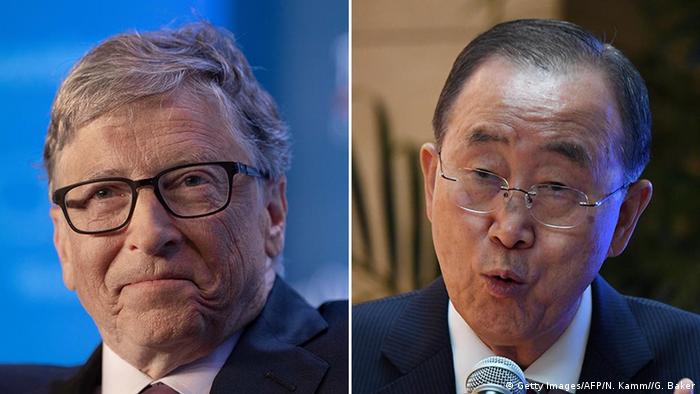 A group of influential leaders on Tuesday issued a warning that the planet would pay a "heavy price" unless countries immediately invested to protect against destructive climate change.

The Global Commission on Adaptation — which boasts Microsoft billionaire Bill Gates, former UN chief Ban Ki-moon and Kristalina Georgieva as part of its team — suggested in a report that an investment of $1.8 trillion (€1.6 trillion) across five key areas over the next decade would yield a return of $7.1 trillion in economic benefits.

The group had been tasked with "raising the visibility of climate adaptation on the global agenda" ahead of the upcoming UN Climate Action Summit in New York on September 23.

Germany's Adaptation Strategy and Action Plan and Climate Preparedness Portal were hailed in the report as good examples of national action "that strengthens local capacity and provides climate services in a demand-responsive way."

The German state of Hesse was also applauded for its creation of a quality "climate adapted" seal to ensure standards of "climate-fit" nursing care. The city of Kassel was praised for its heat warning hotlines — which alert elderly residents to incoming heat waves — and tips to stay cool.

The report also cited examples from the Netherlands, Bangladesh and the UK that they said have helped save lives or protect valuable land.

"If we do not act now, climate change will supercharge the global gap between the haves and have-nots," said Ban.

He cited Bangladesh's response to two devastating cyclones as a good example of the way countries can adapt to environmental threats.

Following the deaths of hundreds of thousands of people in 1970 and 1991, the South Asian nation reinforced flood defenses, built shelters and trained volunteers, sharply cutting the death toll in subsequent storms.

It also plans to announce the start of the "Year of Action" during an event hosted by the Dutch government at the UN headquarters on September 24.

New Podcast: On the Green Fence

DW reporters Gabriel and Neil go green, taking an open-minded, relevant and entertaining approach to various environmental issues. A new episode is released every Sunday and available wherever you get your podcasts. (09.09.2019)

Germany's environment minister says the government should fall if coalition parties can't agree on measures to reduce damaging emissions. The country is one of the world's top producers of greenhouse gases. (07.09.2019)

On the Green Fence: The chemical polluting German drinking water

Living Planet: In times of change