Germany's environment minister says the government should fall if coalition parties can't agree on measures to reduce damaging emissions. The country is one of the world's top producers of greenhouse gases. 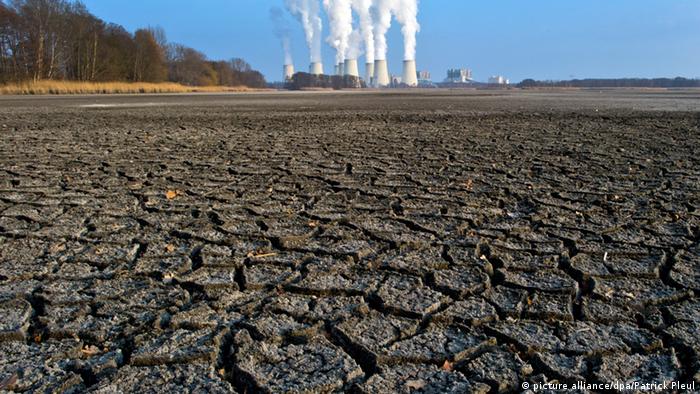 Environment Minister Svenja Schulze of the Social Democrats (SPD) has told an online news outlet that Germany's grand coalition should fall if ministers fail to agree on climate measures.

"The coalition cannot continue when it is not prepared to clarify without hesitation how Germany will achieve its climate goals by 2030," Schulze said of the power-sharing arrangement, in which the SPD supports Chancellor Angela Merkel's Christian Democrats and their Bavarian allies in the Christian Social Union.

"If we, as a nation of industry, cannot demonstrate how to do it, we cannot expect that other countries will join. It is about the credibility of this government," she said in the interview, published Saturday in the online edition of the Tagesspiegel newspaper.

Read more: Has Germany gone from leader to loser on climate protection?

At the 2015 UN Climate Change Conference in Paris, Germany and 195 other countries agreed to significantly reduce greenhouse gas emissions. Parties will meet at a UN summit on September 23 in New York ahead of the December conference in Chile.

On September 20, shortly before the UN summit, Germany's "climate cabinet" will propose a series of measures to minimize the worst effects of global warming.

Germany has consistently ranked in the world's top 10 producers of greenhouse gases. Schulze told the newspaper that Germany's government could not go to New York without making progress on the country's plans to reduce emissions. "There are still two weeks of really hard work," Schulze said.

"For this government and future ones, we need a mechanism to annually review Germany's progress on reducing greenhouse gases," she said.

Schulze told the newspaper that it was time for the government to treat fighting climate change as mandatory. She said the burning of oils must become more expensive now in the interests of future generations. However, she also indicated that she was willing to make compromises on her proposal for a carbon tax on fuels and heating oils.

"A CO2 price cannot be too high in the beginning, and it should continually, but not too rapidly increase," Schulze told the newspaper. "We need to ensure that normal wage earners and commuters from the countryside can still afford their cars." She added: "I am not stuck on a model. It is crucial that in the end a fair and socially balanced price for CO2 is arrived at."

Schulze told the newspaper that her proposed CO2 levy was only part of a larger package that involved laws and support programs as well. "Without bans and clear guidelines such as emissions limits," she said, "it won't work."

Germany: Draft bill to ban plastic bags on the way

The use of plastic bags is on the decline in Germany, but the 64% decrease since 2015 doesn't go far enough for Environment Minister Svenja Schulze. Her department has drafted a bill to ban them completely. (06.09.2019)