The men were abducted near the country's border with Mali and Burkina Faso, a hotbed for Islamists. China, which mines uranium, gold and oil in the country, has expanded its operations across Africa. 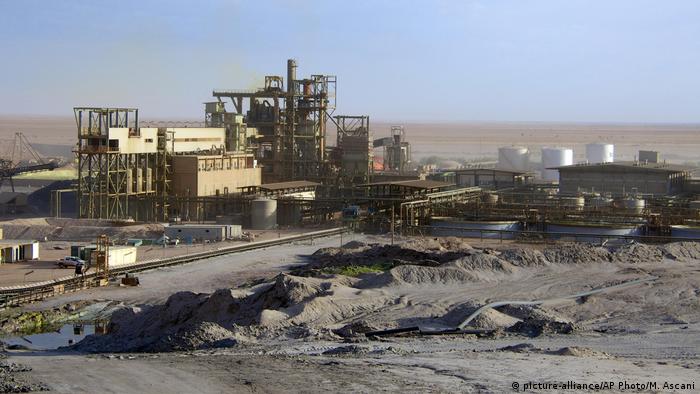 Attacks on foreign facilities or people are not unheard of in Niger; this French uranium mine was targeted by suicide bombers

Two Chinese nationals working for a Chinese mining company in the west of Niger, near the country's borders with Mali and Burkina Faso, were abducted by armed men late Saturday night as Tidjani Ibrahim Katiella, the governor of Niger's Tillaberi region, told news agency AFP on Monday.

Katiella said the men "have a permit to search for gold," and that they had "refused to go home" after receiving prior warnings from armed groups in the area.

The area, known as the "three borders" zone of Sahel nations, has been a hotbed of jihadist activity, in which Islamist militants linked to al-Qaida and "Islamic State" have carried out attacks in all three countries (Burkina Faso, Mali, Niger). Niger also faces ongoing threats from the group Boko Haram in the south.

It is not yet known who was behind the kidnapping.

'An ultimatum to Chinese companies'

China, which aggressively mines minerals and other resources across Africa, signed an expanded deal for uranium, gold and oil exploration and extraction with Niger in 2006.

The last time a Chinese national was kidnapped in Niger was in 2007, when an employee from the China Nuclear Engineering and Construction Corporation (CNEC) was taken hostage by the Niger Movement for Justice (MNJ), a rebel Tuareg group operating in the north of the country.

At the time of the kidnapping, the MNJ said it was an "ultimatum to the Chinese companies that cooperate with the Niger army." The kidnapped engineer was eventually released after several days of negotiations.

China's manufacturing and export economy has fueled the need for raw materials and has seen Beijing invest billions in mining operations across the entire continent of Africa.

Beyond the oil, copper and iron needed for traditional manufacturing, Africa is rich in rare earths, such as coltan, needed for the manufacture of electronic goods, holding an estimated 75% of global supply. It is also estimated that Africa holds 90% of the world's platinum and cobalt reserves, 50% of its gold and 35% of its uranium.