How China′s mines rule the market of critical raw materials | Environment | All topics from climate change to conservation | DW | 13.04.2021 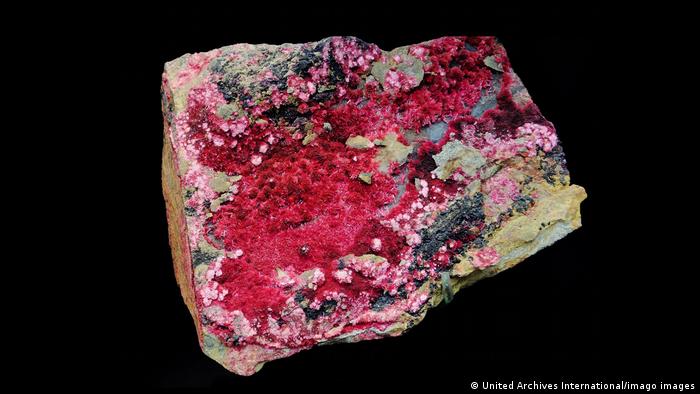 They might sparkle in shades of violet, red and silver, or they might look like dirty rocks, but critical raw materials such as cobalt or germanium have two things in common. They are all both rare and vital for the production of everyday items like smartphones, solar panels and electric vehicles.

The European Union has identified 30 such resources — which cannot currently be substituted — as crucial for the defense and renewables sectors, as well as in the manufacture of robotics, drones and batteries. Unlike steel, cement and oil, the global production of many critical raw materials amounts to just a few thousand tons per year. And it is controlled by only a handful of countries.

Where does all the ore come from?

Though not readily available across the globe, there are several critical resources hot spots. South Africa's north has reserves of platinum and vanadium, while Congo is home to cobalt deposits and the United States extracts beryllium. China, meanwhile, has mining access to two-thirds of the different 30 critical raw materials, including antimony, baryte and rare earth elements.

The unequal geographical spread of critical raw materials is reflected in market share. China is one of the top three suppliers of many of the elements, way ahead of the United States and Russia. This dominance is partly attributable to deposits across China itself, but it is also down to deliberate planning.

China's plan to dominate the markets 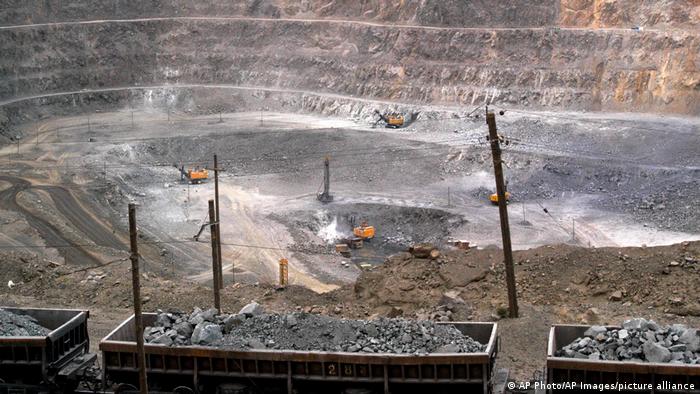 At mines in northern China, excavators dig out ores of rare earth elements

"There is a quote from Deng Xiaoping: 'The Middle East has oil, China has rare earths.' But that was just the beginning."

The 1987 quote by China's former leader described the country's global market dominance not only in the mining sector but also in the processing industry. Smelting, for example, is also primarily done in China.

"The country has built a know-how that is unique worldwide," said Hilpert. "Even when alternative deposits are mined, most of the processing take place in China — before being exported abroad again."

That makes China both the biggest producer of critical raw materials, but also the leading importer of those mined elsewhere. To secure yet further direct access, Chinese companies invest in foreign mines, extracting cobalt in Congo or platinum in South Africa. It's a strategy Beijing applies to resources China lacks, as well as to those it has in abundance — such as fluorspar or silicon metals used in solar panels. 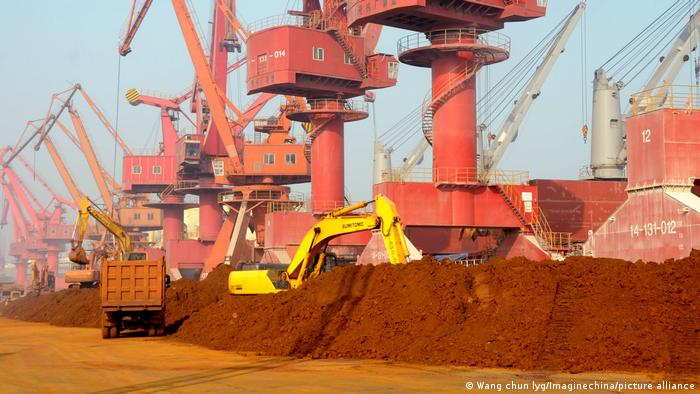 In preparation for transportation, excavators load ores of rare earth at the port of Lianyungang in eastern China

According to Hilpert, besides controlling supply chains of critical raw materials, China's dominance has been facilitated by lax regulations that allowed it to neglect environmental follow-up costs and pay low wages. But this dominance is also obtained by the use of export restrictions and by offering subsidies for companies to build factories — all to promote its processing industry and technology providers.

This allows China to fight off competitors. "Ultimately, the Chinese have been able to force other suppliers out of the market with ruinous price competition," Hilpert said.

The 10 biggest suppliers cannot keep pace, and their collective share of global production is just 35%, as opposed to China's 45%.

Risks for producers and purchasers

China's dominance isn't the only concern for future supply.

Many materials are mined in Asian or African countries characterized by civil unrest, corruption or authoritarian leadership. Cobalt is a prime example. Almost 60% of global supply originates from Congo, where internal conflict has been rife for decades.

As such, cobalt is a so-called "conflict mineral," meaning it is subject to closer public scrutiny by dint of being extracted in a place of unrest and sold to perpetuate fighting.

There are question marks over the future supply of a further 10 critical raw materials quarried in countries with non-independent courts and high corruption rates. The concerns are around antimony, bismuth, gallium, germanium, light and heavy rare earths, which are mined in Tajikistan, China, Russia and Laos as well as magnesium, niobium, phosphorus and tungsten found in Kazakhstan, Vietnam, Russia and China.

They can be seen in the bottom left quadrant of the following chart.

The possible consequences for the processing industry include disrupted supply chains, high downtime costs for halted production and boycott calls by consumers when products are publicly associated with human rights violations. 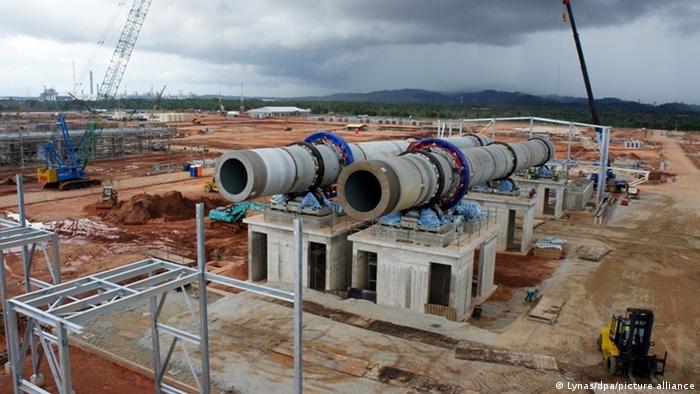 After a rare earth supply crisis in 2010, new mines like this one in Malaysia started to quarry rare metals elsewhere

Such risks affect producers and buyers alike. Industrialized economies suffer from a lack of resources for future technologies, while mining nations stand to lose income and paid jobs.

In 2019, for example, the Swiss mining company Glencore announced the closure of its Mutanda Mine in southern Congo due to higher taxes, rising costs, a lower world market price of cobalt and the increased pressure to stop importing the metal from a war zone. Thousands of workers could lose their jobs. However, these plans have not yet been implemented. The mine is "on maintenance," Glencore said.

EU plan: Mining in Europe, a corporate alliance and the WTO

In its capacity as a buyer, the EU is currently developing a new strategy to ensure "open and unrestricted trade in raw materials," said a spokesperson for the defense industry and space division at the European Commission.

"When other countries restrict the export of critical raw materials, the EU takes the necessary action to get the export restrictions removed," the spokesperson said.

In 2012, Europe, the US and Japan won a case brought to the World Trade Organization (WTO), that forced China to drop export restrictions on critical raw materials.

In February of this year, following a request by the EU, the WTO established a panel to assess Indonesia's export restrictions on raw materials.

To reduce its dependency on external suppliers, the EU is pursuing two main approaches. According to its 2020 action plan, the bloc proposes diversifying the sources of its raw materials — including though the use of deposits within the EU. The EU Commission spokesperson said member states have been asked to identify mining and processing projects within their territories "that can be operational by 2025."

The mission of the European Raw Materials Alliance — a network largely consisting of mining companies — is to financially support existing new mining sites or to establish new ones "to increase EU resilience in [...] value chains, as this is vital to most of EU industrial ecosystems, such as renewable energy, defence and space."

The second main approach is to "reduce dependency through circular use of resources." It's disputed whether recycling will have a significant impact, or whether industries will ultimately have to find substitutes.

This article is part 1 of a series. Read more:

Part 3: Toxic and radioactive: The damage from mining rare elements

Data, code and methodology for this article

World in Progress: Is there such a thing as 'clean cobalt'?